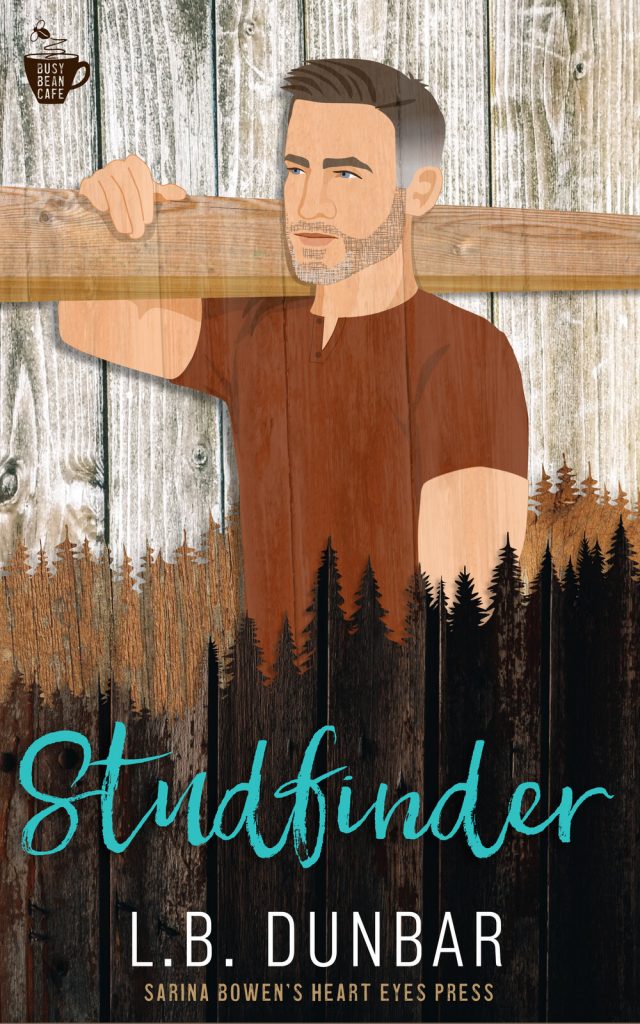 Who does that sexy silver fox think he is, sitting in her spot in the Busy Bean Cafe?

Over forty, with zero filter, Rita Kaplan loves her coffee, her hiking boots, and her law practice. Life hasn’t always been carefree, though, and Rita’s past holds the scars of poor decisions after deep loss. She survived, though, and no smirky silver fox is going to get in the way of her happiness. Even if he knows how to use his drill, screwdriver, and every other tool in his box to tempt her . . .

Former arson investigator Jake Drummond could add ex-con to his resume if he had one. Instead, he’s serving the final year of his sentence on probation. This involves mandatory AA meetings, hosted by a feisty local attorney, and working on a renovation project, supervised by the same annoyingly attractive whirlwind, who also believes she owns the exclusive rights to a comfy couch in his new favorite coffee shop. Soon she’s everywhere, including the few places she shouldn’t be–like in his bed and in his heart.

Can opposites lower their walls and construct something everlasting . . . or will their connected past lead to demolition for two hearts in need of a rebuild? 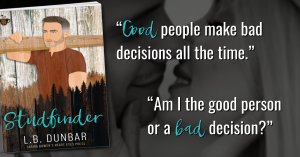 “You,” I hiss, glaring at the most annoying man I’ve ever met, and I’ve met plenty of annoying men. Of course, not all of them were hunky, smirky, sexy silver foxes, but that was neither here nor there. I am standing here, and he is sitting there. “You are in my spot.”

This is the third time this week he’s encroached on my couch in the Busy Bean Café, and three strikes mean you’re out, handsome.

Taking a moment, the offender blinks before narrowing his bluest-of-blue-eyes and glares back at me. For a second, I wonder if I have something on my face. Maybe chocolate in the corner crease of my lips or lettuce in my teeth from lunch.

What the frick is he staring at?

Then he blinks again and slowly leans forward. His arm-porn-worthy forearms rest on his wide-spread thighs as he glances up at me. Since I think he’s about to stand from the place where he’s perched, I speak.

“Thank you.” My mother taught me manners, even if I sometimes lack the use of them. Especially on this occasion, where a hunky, smirky, sexy silver fox who is the most annoying man I’ve ever met is sitting in my spot on the plush peach couch in my favorite coffee shop.

He stops moving at my gratitude and turns his head slowly left to right. Then he swivels at the waist right to left, exaggerating his motions as if he’s searching for something over his shoulders. Did he forget something? Did he drop his phone? His hand moves to his side and smooths over the velvety cushion, stroking it like the soft texture is a pleasure fabric or a preferred pet. My mouth waters for some reason because his movements might match that of him caressing a woman, taking his time to sculpt along her thighs. Maybe glide over her backside. Stroke the inside of her legs and . . .

“Just what are you doing?” He’s taking too long to move it.

“I’m looking for a sign that says this seat is taken.” Turning that edgy face upward, beaming those blue headlights at me, he crooks the corner of his mouth in the smirkiest of smirks. “But as I don’t see one, nor do I see your name on this couch, I think I’ll stay.”

He falls back against the couch as if he’s dropping onto a mattress, tossing himself down into the fluffiest of pillows to catch his hard body in a cushion of heaven. His arms stretch wide to encompass the length of the couch back. He even sighs. A long, lush, deep groan of pleasure emits from him while his eyes close for a second. Then he inhales. When his lids flip open, he spears me in place. That does not stop my mouth.

“Look, handsome, this is my spot. Everyone knows it’s my spot. Think Norm in Cheers, where everybody knows his name. This is where I sit.” I shouldn’t have called him handsome. He probably already knows he is. In fact, I’m certain he knows he’s good-looking. I don’t know how he even faces himself in the mirror every morning. He’s that good-looking.

“I’m curious if everyone is always glad you came . . .” His eyes narrow at me, and I ignore the emphasis he’s put on a certain term. I will not fall for these kinds of wordplay games, nor will I falter under the curl of his sassy mouth. Even the crinkle of his nose as he annunciated that word was hot.

“Of course, they’re always glad I’m here, occupying my spot.” My voice hardens as my fists clench at my sides. I’ve had a day, and I just want to sit in my happy place and sip some coffee. Is the Busy Bean the most convenient spot for me to haunt? No, it is not, but I’ve been to worse places—been there, done that—and I will not be going back. I live halfway between Colebury and Montpelier, where my law office is located, and coming here is out of my way most days. But today is one of those days when I need my spot and a good cup of dark roast, and I do not need this hunky, smirky, sexy silver fox glaring back at me or his fine backside taking up residency on my couch.

Get a grip, Rita.

Technically, I don’t own the couch or the right to claim this space as mine. The Busy Bean Café is owned and operated by Audrey Shipley and Zara Rossi, both excellent businesswomen. They’ve taken this quaint location on the old gin mill property and made it into something special. With brick-red walls and chalkboard painted beams overhead, the creaking wooden floors and eclectic mixture of furniture begs a person to come in and linger, which is what I do—often. Not to mention, the coffee is divine. The dark roast is a special blend introduced to the place a while back and the addition of delicious cupcakes on the menu from Oh, For Heaven’s Cakes makes this place more than just a coffeehouse. It’s heaven in Vermont.

It’s my heaven, and the devil himself is sitting here.

Jake Drummond is his name, actually, but that’s semantics to me. He’s quickly becoming a huge thorn in my side.

L.B. Dunbar has an over-active imagination. To her benefit, such creativity has led to over thirty romance novels, including those offering a second chance at love over 40. Her signature works include the #sexysilverfoxes collection of mature males and feisty vixens ready for romance in their prime years. She’s also written stories of small-town romance (Heart Collection), rock star mayhem (The Legendary Rock Stars Series), and a twist on intrigue and redemption (Redemption Island Duet). She’s had several alter egos including elda lore, a writer of romantic magical realism through mythological retellings (Modern Descendants). In another life, she wanted to be an anthropologist and journalist. Instead, she was a middle school language arts teacher. The greatest story in her life is with the one and only, and their four grown children. Learn more about L.B. Dunbar by joining her reader group on Facebook (Loving L.B.) or subscribing to her newsletter (Love Notes).

One Reply to “Book Blitz: Studfinder, by L.B. Dunbar”