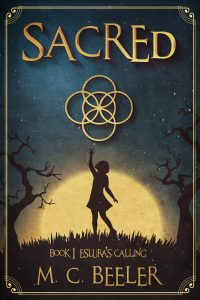 An orphaned girl. A mysterious new world. One connected fate.

When Beatrice Tidal is shipped off to summer camp by her foster parents, she expects the worst, but she does not expect to find herself pursued by a shadowy demon through a strange magical land where she must uncover the mystery of her past and rise to the challenges of her future.

Worse, Obellius Kalaar, usurper to the throne of Eslura, will stop at nothing to find Beatrice and prevent her from gathering the Sacred Rulers to reunite the kingdom. Now Obellius has escaped from his island prison confinements and is determined to regain his throne.

Can Beatrice help these powerful Rulers and save Eslura from Obellius, or will the shadow of darkness fall forever over this sacred land?

Rumor had it the sun never cast its rays down on Morgaedion, Eslura’s prison island. But that day, its warm glow tickled Demise’s back. With the Heart of the Book of Fire, one of the four elemental pillars of the land, burning beneath his robes, he felt like the Rulers of old must have felt when they united Eslura under the Sacred banner. For the first time in his life, Demise was more than a Shadow Reaper, a collector of souls; he was a messenger for the rightful king of Eslura.

Demise sauntered through Eslura’s most guarded prison gates, cloak whisking behind him. No words were exchanged between him and the prison guard—a ratty-looking man with a beard down to his steel-toed boots. No eyelashes were batted, and no second glances were taken. It was here where a man could disappear from the world forever, never to be bathed in the sun’s rays again. And it was to here his king had been banished.

M.C. Beeler, raised in northern Indiana, lives in a small city just close enough to be considered part of the Chicago-land area. A student at Marquette University, she is studying business with a concentration in Marketing and Entrepreneurship in hopes to use her skills to not only help herself, but other authors pursue their writing careers.

On the off chance that she isn’t stationed at her writing desk, she can be found glued to whatever Nintendo console she can get her hands on working to sustain her self-proclaimed title of “Pokémon Master”. You might also find her snuggling with her golden doodle or hitting the slopes during the winter season (aka her favorite season) either snowboarding or skiing. 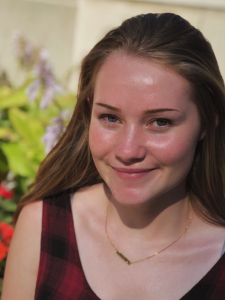