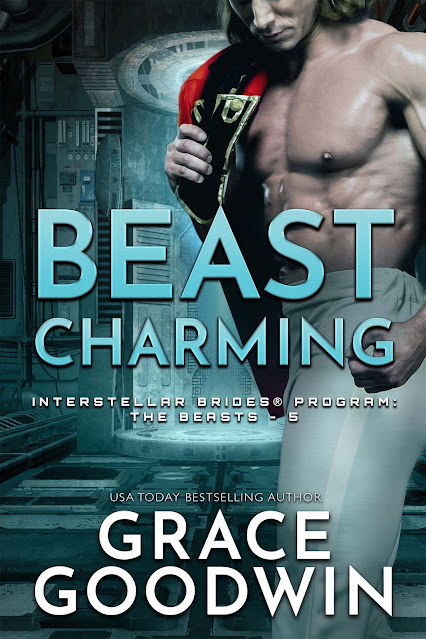 Title: Beast Charming
Series: Interstellar Brides Program: The Beasts #5
Author: Grace Goodwin
Genre: Sci-Fi Romance
Release Date: April 26, 2022
BLURB
One dance with this ‘prince’ could cost her a job.
Her freedom.
Her life.
Warlord Tane of Atlan is a warrior, not a prince.
So why is he wearing these ridiculous white pants and gold-trimmed jacket?
And gods help him, why are there hundreds of females in glittering gowns, circling like vultures, expecting him to dance?
The human producers of the Bachelor Beast television show thought this would be a good idea; dress up an unmated Warlord like a fairytale prince, invite hundreds of eligible human women to a ‘Cinderella Ball’, turn on their cameras, and record everything.
And then he sees her. His mate. The only female who can tame his beast.
But…
This princess wasn’t supposed to be at the ball. A borrowed ballgown. A stolen invitation. A friend in trouble. Everything is going according to plan…until she can no longer resist temptation.
Surely one dance won’t hurt?
Even a dance with a beast.
Don’t miss this wild and twisted Cinderella story.
ADD TO GOODREADS 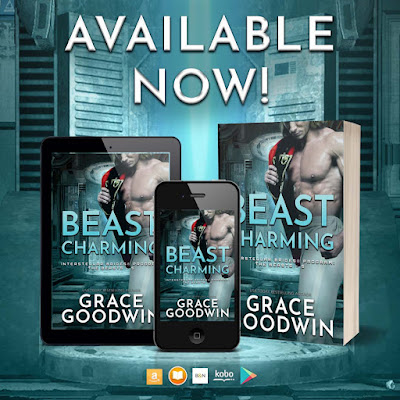 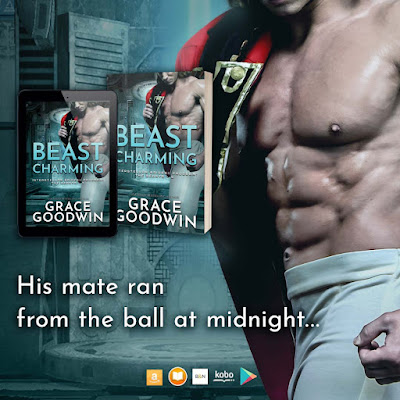 EXCERPT
Warlord Tane, Miami Event Center, ‘The Bachelor Ball’
“I do not know how much longer I can endure.” I whispered the confession to Bahre where we stood in front of the raised dais. The fucker’s response was to laugh at me.
I discreetly elbowed him in his ribs, then turned to face the forty-seventh female being introduced to me.
“Warlord Tane, may I present…” Chet Bosworth, with his overly large teeth and puffed hair paused to look at the card he held in his hand. “Celine Legrand from Canada.”
“A pleasure,” I repeated, for the forty-seventh time. Leaning over, as I’d been instructed by Bahre’s beautiful mate, Quinn, I dutifully took the female’s small hand in mine and bowed at the waist. I believed the act was a waste of time. I knew, even before she had approached, that she was not mine. My beast knew as well. I had walked the room earlier, passed by the females as the lined up wearing their fine gowns, eager to enter and meet the beasts.
None of the female’s present was my mate. I already knew this truth and yet, I had to endure several more hours of Chet Bosworth and his pontificating nonsense.
My beast and I were losing patience.
As if on cue, Chet’s conspiratorial whisper carried to both me and the young Celine. “Hold your breath, people, as the alien, Warlord Tane, meets the next gorgeous woman in attendance. Celine Legrand traveled all the way from Gatineau, Quebec, Canada, more than sixteen hundred miles, for a chance to win this Atlan beast’s battle weary heart.”
The young woman blushed at Chet’s words. I released her with a gentle shake of my head. I did not need to tell these females they were not mine.
If this woman were mine, she would already be in my arms. More like, over my shoulder so I could carry her somewhere private and pleasure her properly.
Without a live television audience.
The young lady took a step back and then hurried away.
“Another strike out!” Chet smiled directly into the camera and winked at the lens. “That’s forty-seven in a row, my friends. Is true love in the air tonight? Will one of these women be the answer to a broken-hearted beast’s most fervent wish? Or will this lonely beast, this wounded veteran, who has already been rejected by his own people, be doomed to face the executioner?” 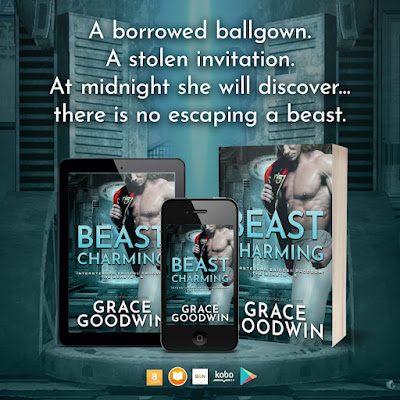 AUTHOR BIO
Grace Goodwin is a USA Today and international bestselling author of Sci-Fi and Paranormal romance with more than one million books sold. Grace’s titles are available worldwide in multiple languages in ebook, print and audio formats. Grace is an avid reader, an escape room enthusiast, sci-fi nerd, coffee fanatic, and an eternal optimist forever believing that Earth will, some day, have a Star Trek style future. Grace loves to hear from readers.
AUTHOR LINKS
WEBSITE
FACEBOOK
INSTAGRAM 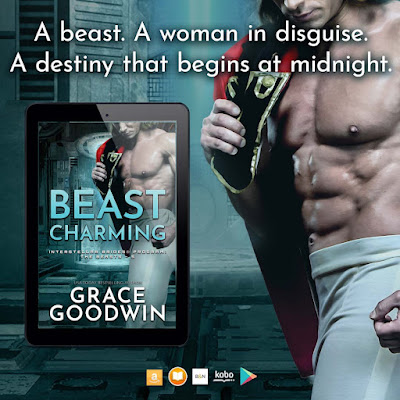