All the World’s Colors

Series: The Queen of the Blue, Book 1

Something inconceivable has happened, and all the world’s colors are about to bleed….

Kellia. Kellia the Red. Pagan, seafaring warriors of ancient renown. They have sailed west, ever west, and have discovered an awe-inspiring, unknown land. Is it their salvation, or the seed of their destruction?

Merova and the Throne of Blue. Wealthy, cultured, and the ultimate matriarchy. Kellia’s ancient nemesis, and a realm of secrets, intrigue, and treachery.

The Holy Domain of Sanctia. Piety, sacrifice, and faith. They have a spiritual duty to spread the truth across the seas, and they will sail under the sacred banner of green.

The Confederation of Orange. Cynical, profiteering financiers and lovers of pleasure. If there is a new discovery in this world, they will be poised to exploit it.

Fans of historical fiction and fantasy will delight in this epic saga of empire, conflict, and power.

James W. George is a lover of history and historical fiction. He is a graduate of Boston University and a military veteran. He is currently residing in Virginia with his wife and children.
He published his critically-acclaimed debut novel, My Father’s Kingdom, in January 2017. The novel, set in 1671 New England, depicted the prelude to King Philip’s War. The Indie View gave it five stars: “This is high historical drama handled wonderfully…a tale that will fully engage you on every level.”
My Father’s Kingdom” is a planned trilogy, and book two, The Prophet and the Witch, was published in September 2017. This is an epic novel that spans the entire conflict of King Philip’s War, and includes such notable historical figures as Josiah Winslow, Increase Mather, Metacomet, Benjamin Church, and Mary Rowlandson. The Literary Titan awarded it five stars and a gold medal for October 2017. “Expertly written and instantly engaging from the first few pages…I was captivated…one of the more intellectual of reads.”

Angus Freathy was born and educated in London – that’s the one in England, for you Ohio folks!

After qualifying as a Chartered Accountant, he went to Switzerland to join Nestlé for a 2-year wandering assignment, which lasted 37 years and involved travel and work on every continent (except the cold ones at the top and bottom).

Periods of residence in the U.S., Hong Kong and Switzerland have resulted in a network of friends and acquaintances with an amazing range of world insight and a wide repertoire of mostly excellent jokes.

Since retirement, Angus and his (still working) wife, Debra have lived in Oregon, Maryland and are now in Dublin, Ohio, ‘the only place we have actually chosen to live since we have been married!’.

Following a crushing rejection by the BBC at the age of 19, Angus is re-activating a long-held ambition and launching a new career in voice-over, with the sole intention of having some fun and being in touch with some very talented people. 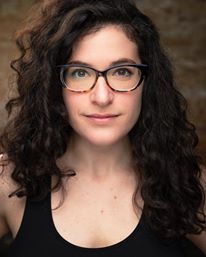 Mindy Escobar-Leanse is an actor, puppeteer and voice actor. Some puppetry credits include: Dinosaur Train Live! Buddy’s Big Adventure by Henson Studios/PBS, The Very Hungry Caterpillar Show off-Broadway, in the UK & Japan tour, Puppet Romeo & Juliet and Puppet Titus Andronicus. Additionally, she’s been collaborating on a play called The Last Rat of Theresienstadt which won awards in Poland, traveled to Bulgaria, Israel and will now be performed in El Paso, TX. Escobar-Leanse began her voice over journey at the end 2019 and is loving every moment! She has done six audiobooks, including a children’s sci-fi book called That Thing in the Sky. Recently, she can be heard as the Bond girl voice in Voodoo Ranger’s IPA campaign and multiple voices in the soon to be released children’s podcast called Cobbler’s Gulch. For Videos and photos of all of Mindy’s work, visit her website: mindyleanse.com.