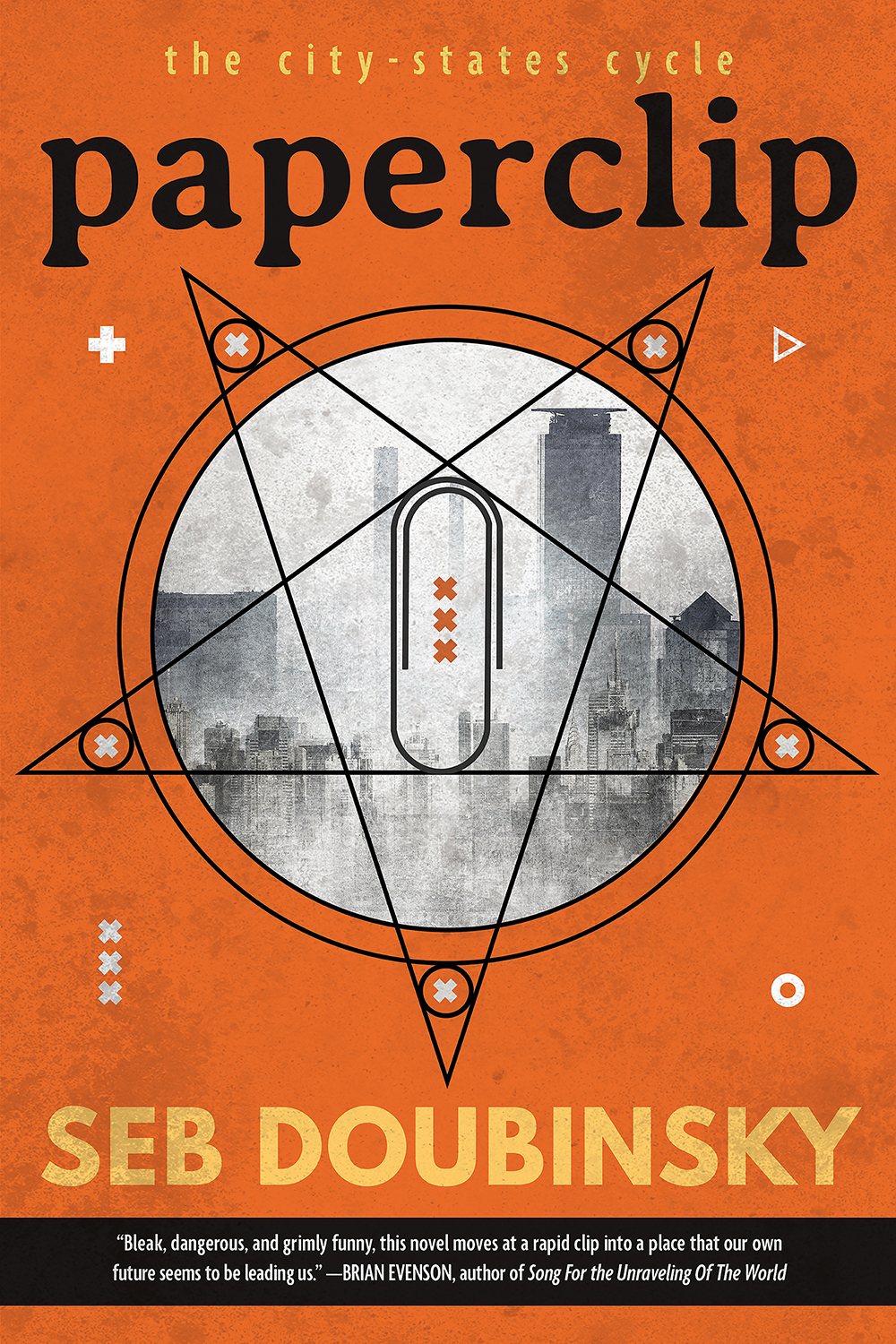 In New Babylon, leader of the Western alliance of the city-states, armament mogul Kurt Wagner has a secret dream: to build a space station to save mankind. Little does he know that he is the target of competing plots involving geopolitics and black magic. In the background, a film director with a political conscience, a bodyguard with a secret mission, a driver with an occult hobby and a talking bird are trying to make sense of their world, hoping to see their wishes come true—which they will, but not in the way they expected.

“Right? Sheryl was so lucky to find this mansion. So pseudo-Edwardian! Love it!”

“And then I told him—Oh sorry, I knocked your glass!”

“I heard Rust threatened Sheryl that he would have her show canceled if he won the election.”

“And so cold out here. I think I’m going back in.”

“What do you expect? It’s November! At least it isn’t raining!”

“What’s your next project, Susan? You don’t mind me calling you, Susan, do you?”

“What? But you’ve just won a Golden Star for best movie!”

“Did you see president Delgado’s dress? She looked stunning!”

“I thought she looked tired. And she’s put some weight on.”

“Might be stress eating. I understand, with all those awful polls.”

“Isn’t that Wagner over there?”

“Maybe, yes. Who is he talking with?”

“I don’t know. Someone from Delgado’ staff, perhaps. Or a New Moscow spy.”

“After all, Rust did call Delgado a Bolshevik.”

“Pretty pink for a red, in my humble opinion.”

“A documentary about what? Did Netflix contact you about a project?”

“No, no, it’s my own idea. I feel like doing something different now. More personal.”

“Is that the bridge we see from here? With all the lights?”

“Is that Lee Jones? The writer?”

“Must be. He seems already drunk.”

“And who is he talking to?”

“The artist, you know. The painter.”

“Ah yes, I didn’t recognize him. He looks older on TV. Does look like a cop, though. Sexy, in a violent kind of way.”

“I told Sheryl it was crazy to have this party. Rust will use it against her and Delgado. And the rest of the media, for that matter.”

“Do you know Sheryl Boncoeur well? I mean, personally?”

“Yes, we were in journalism school together, way back when. She’s always been a killer.”

“Her talk show is awesome.”

“Yeah, but I think she has more enemies than friends now.”

“Everybody loves to hate Sheryl. Herself included.”

“Is that the airport, over there? With all the lights?”

“Yes, that is an excellent idea, Mister Wagner. A new pilot-less helicopter? Like a huge drone, you mean? I will tell president Delgado about it. Oh, you have already?”

“Love that dress Sylvia is wearing.”

“I heard Wagner bought it for her. They’re seeing each other, I heard.”

“Oh sorry, I stepped on your toes!”

“No worries. I’m just afraid this balcony will end up collapsing at some point.”

“I have seen all your films.”

“Well, I love your art. Looking forward to your exhibit at the Contemporary Art Museum!”

“Thank you. Congratulations on your Golden Star!”

“Well, that’s all thanks to Lee’s superb novel! I just had to add images to his fabulous dialogues.”

“Phew! I can breathe better now.”

“President Delgado will address her guests in a few minutes.”

“Did you hear that? I didn’t know she was going to make a speech.”

“I know what you mean. Dreadful.”

“Come on Lee, be sociable for once. Show your support.”

“Fuck my support. I only support my whiskey.”

“Thanks Manny. The arts supporting law and order. I like that.”

“I fucking hate politics. Poor Georg. Wouldn’t like to be in his shoes. Top cop must be the worst job in the world. And congratulations for your Golden Star, by the way. Can’t remember if I called you that night or not.”

“Thank you, and yes, you did, actually. Are you working on a new book?”

“I’m always working on a new book. My ex-wives cost me a lot.”

“Is that the presidential palace we see other there? With all the lights?”

The world we are living in. Speculative fiction is all about the present, not the future. The book is a deformed mirror-image of our times. That’s why it is slightly grotesque.

That events you write about can happen in real life. In the novel, one of the characters, a billionaire named Kurt, wants to build a space colony to save the human race. I began the book before Elon Musk and Jeff Bezos had turned their projects into reality.

Nothing surprised me, but I was relieved when I had finished it. Writing is a painful grind for me.

As the title is a key for the story, I won’t tell you. But I can tell you it was inspired by a fabulous painting by pop-artist James Rosenquist, titled… “Paper Clip”.

Were any of the characters inspired by real people? If so, do they know?

No, not in this one. Except Kurt, who is a mash-up of Musc and Bezos, but I don’t think they know. Or care.

Yes. I am a poltical writer, so all my books have a sort of moral. In Paperclip, it is very ironic, tongue-in-cheek. When there’s no moral, there’s a moral, I would say.

No favorite. Take it or leave it.

Which character was most challenging to create? Why?

Waldo, who is a bird. Because I’m not a bird.

Like I said, I co-wrote a collection of stories with my friend J.S. Breukelaar, titled “The Turn Of The Seasons: A Dark Almanac” which will come out next year through IFWG Press. And I’m writing a new city-states novel. Of course.

ABOUT THE AUTHOR:  Seb Doubinsky is a bilingual writer born in Paris in 1963. His novels, all set in a dystopian universe revolving around competing cities-states, have been published in the UK and in the USA. He currently lives with his family in Aarhus, Denmark, where he teaches at the university. 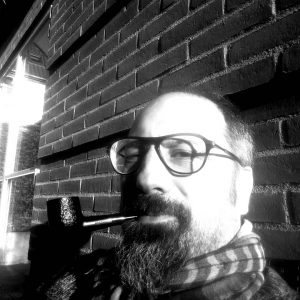