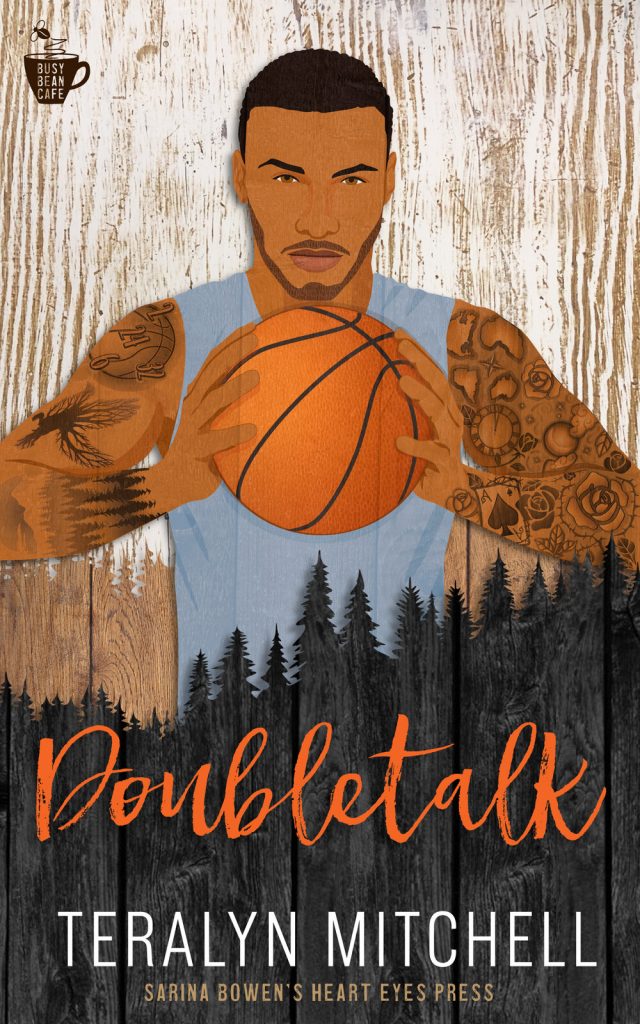 Basketball has always been his one love, until now . . .

Zeke Armstrong never imagined he’d be back in Vermont, but here he is, living in Colebury and trying to rehab an injury that could mean an early retirement from pro basketball. Running into his former classmate, Mallory Barrett, shouldn’t be a distraction. It shouldn’t mean anything, so why is he accidentally on purpose showing up at the coffee shop where the beautiful writer spends her time?

Mallory Barrett has met a guy. Well, she hasn’t met him yet, except for on the dating app she almost refused to download. “Coby” sparks her interest and gets her jokes–and gives the romance-novel heroes she loves so much a full-court run for their money. When their first date doesn’t work out, she decides to give him another shot . . . just as a man she despises reenters her life. While her interest in the mystery man on the app grows, she clashes constantly with Zeke in real life. She can’t forgive him for humiliating her in high school, yet she can’t deny she’s drawn to him now.

She’s somehow gone from confirmed bachelorette to the tie-breaker between two men.  Meanwhile Zeke has a secret–one that will cost him the game if Mallory finds out . . . 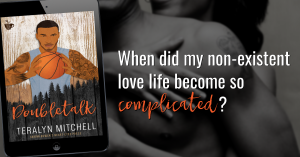 She didn’t wait for me to say anything else, spinning on her heels and heading for the nearest store or restaurant where she could sit down. I chuckled and turned to head in the other direction. A hard wall of muscle made me stumble. Two strong hands gripped my upper arms. I looked up to see who had saved me from falling and who I needed to thank. The need to be polite shriveled and died when I saw that it was Zeke holding onto my arms.

The combination of his deep voice and his hands on me caused me to shiver. I shook him off. What the hell? Why was I always reacting to him? I didn’t like him or his stupid good looks. I crossed my arms over my stomach.

“Why are you always where I am?” I snapped.

“Still small, Ror. You also don’t have a monopoly on all things Vermont.”

I rolled my eyes. He had me there. “So, you’re telling me you normally wander the Marketplace on a cold Sunday?”

“When I have something to do, I wander around,” he said. “And maybe Stacey texted me and told me the two of you would be here.”

I clenched my teeth. Of course, she told him we’d be here. She went out of her way to make my life hell. So even though today had been about me getting her back, somehow, she’d figured out how to stick it to me too. I mean, not really. It’d probably been innocent, but I was going to blame her anyway.

It was frustrating to continuously run into Zeke. He had a point about it being a small town. This was what I dreaded when I realized he was back in Vermont and living in the town I now called home.

“You and Stacey talk often?”

The smirk on his full lips made me narrow my eyes at him. I hugged myself tighter as my stomach clenched. A tingle down below, that I was not acknowledging, had me pursing my lips. Why did he have to be so goddamn handsome? I was sure women fell all over themselves when he smiled at them like he was smiling at me right now. Especially when that dimple in his left cheek popped, but I wasn’t going to. Delight danced in his hooded light brown eyes. His sharp jawline was sprinkled with hair that looked good on him; it wasn’t a full beard but cut close to his skin. Not that I was looking, or rather, staring.

I groaned. “Not even a little, but I do want to have the facts right when I confront her about divulging my location to the enemy.”

He let out a deep laugh. “You’ve always been a bit of a drama queen,” he teased. “Stace and I exchanged numbers the last time we happened to be at the Busy Bean. We’ve only talked a few times.”

“Whatever.” I was done with this conversation and being around him.

I started walking, only for him to fall into step beside me. I let him walk beside me for a few minutes before I couldn’t resist saying something.

“I don’t think so, unless you work at Burlington Records.”

“That’s where you’re going?” I asked. 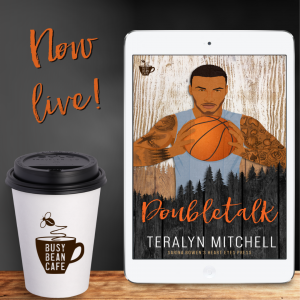 Teralyn Mitchell is a new author to the contemporary romance scene who loves creating unique, multi-dimensional characters who face everyday issues that her readers can relate to. She writes the kind of books she likes to read whether they are about twenty-somethings living in the city or princesses and princes trying to find their way in the world.

She recently moved back to her hometown in the south. When she’s not writing, you can find her reading, watching sports or crocheting blankets and scarves. 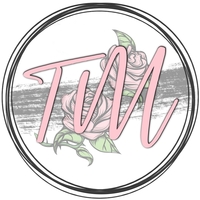 Visit here for the latest book news, and fun extras or join her newsletter.

One Reply to “Spotlight: Doubletalk + Excerpt”