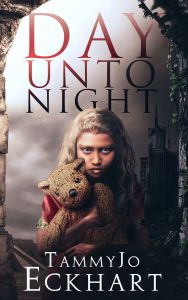 A Sumerian child named Ningai survives the murder of her entire family and cries out to her people’s gods, who answer her prayer in an unexpected way. Now, as the first of the Akhkharu, the living dead, Ningai embarks on a journey across the millennia to rebuild what she lost. The best of her offspring must maintain some shred of goodness to prove worthy to their Child-Mother while fighting the deadly impulses of their kind. Join their journeys across time in a series of interconnected stories from the earliest cities to a brutal future where humans are mere pawns in the hands of near gods. Like all of us, Ningai and the best of her children will stop at nothing to protect her family. Can they succeed before they lose what’s left of their humanity, or will all of humanity become enslaved to the Akhkharu forever?

Karl had locked all the doors, and out of the corner of his eye, Swaggart could see him shooting anyone who tried to get the two doors opened. Since his slave was armed with several guns now, the sword at his feet, most of the bastards were staying a good distance from Karl, cowering from him as the bodies started to build up.

That was the last thought he had before the other Akh had him by the throat and up against one of the columns in the room.  Attempts to break the other’s hold proved futile, and he started to feel his flesh and bones sever around his neck when the other vamp burst into flames and screamed, releasing his grip.  Staggering back on his hands and knees, Swaggart watched in horror as the politico’s body continued to burn until it was collapsing in a pile of ash that turned to smoke.

He had only a moment to wonder what had happened when three Nazis piled on him.  Rage exploded from him as he ripped them limb from limb, and shots rang out around him as the rest ran screaming into Karl’s bullets or fell at Swaggart’s feet as he lashed out with every part of himself.

I’ve always loved vampires, ever since I was a child. At the same time, I’m a very picky fan of vampires. While I give it all a try, I don’t love the angst or the whininess of some vampires that have become popular over the decades. An outright monster, though, is also unappealing. I wanted to do something unique, so I looked farther and farther back in time and discovered a potential vampire-like entity that the ancient Sumerians mentioned, though not much information is given. That allowed me freedom to expand and develop a new mythos while meeting some current expectations for what vampires are and can do.

I learned that the way I wanted to tell the story, through interconnected stories, wasn’t unique, but it was rare, and it has a name: the “fix-up.” I want to thank my previous literary agent for listening to my idea of creating a strong central story to tie it all together and giving me feedback about that. I also did some more digging into historical periods to add authenticity to the chapters. I’m an ancient historian by training, so learning about medieval Europe, Napoleonic Egypt, the early punk scene in the UK, or the surfer scene in 1980s California was fairly new material for me. I also chose to utilize a lot of Sumerian terms, though I cannot claim in any way that I can read or understand that language as well as I can Latin or Greek.

I don’t always see myself in my characters, nor do I need to see myself. The narration style means there are a lot of characters, far more viewpoint characters than I normally write. I didn’t need to think they were good creatures just to get into their heads. I just needed to understand why they would make the choices they do and what consequences those decisions would have.

This is a great question, and I’m happy to answer. The book is split into two sections. “Day” takes place when the Akhkharu (vampires) are existing in secret, hiding from the daylight while the humans rule the world, which resembles our own. “Night” is set in a dark future, after the Akhkharu have revealed themselves, taken over the world, and enslaved humans, not only ruling the night but not fearing the day either.

This is an interesting question, because horror, romance, and dark fantasy often do have morals or lessons, don’t they? I didn’t consciously write with any of those grander ideals in mind. But the relationships in the book, the ones that form the final vampiric family, all have one thing in common. They reveal that that no matter how monstrous you might feel yourself becoming, there are ways to maintain your sense of what is right and wrong, what is just or unjust, and what is love, even if that does not appear to be the same from one creature or relationship to the next.

My favorite parts of the book are when Ningai/Charity is interacting with adults who do not take her seriously. That was my life as a child who had experiences that no child should have to survive and who had the intellectual development and gifts that placed her above her peers for many years. I felt like I could have been more comfortable with adults, but they didn’t always see it that way. I did not have the raw power that Ningai/Charity does, which is a good thing for all the folks of Iowa, where I was born and raised.

Ningai/Charity was the most difficult, because I needed for her to be realistic as both the Mother of all Akhkharu as well as still being that child who saw her family slaughtered by jealous neighbors. I believe that science has shown us that our minds develop not only from experience and genetics but also from physical processes that are a function of aging. If you stop aging, your mental development will be affected. I didn’t want an adult vampire in a child’s body. I wanted to show the horror and sadness of being a true child immortal. I’m no longer a child, and I’ve never been a mother, so putting that together took research, reflection, and a lot of observation.

My next book will be the first of a science fiction series. I’m re-reading the first book right now after not looking at it for three years and making edits so I can hand it over to my beta editor, who sees and helps with everything before I send it to a publisher. My beta editor is my wonderful husband, who can be a genius at such things. That is due by the end of November, so that is consuming most of my time. I’m also redesigning a class, making it into two classes, that I’ll be teaching online the second weekend of this month for an alternative sexuality group.

TammyJo Eckhart, PhD, is the published author of science fiction, fantasy, contemporary, horror, and historical fiction. Her non-fiction works covering subjects ranging from history to alternative sexuality to relationship advice and the challenges of trauma recovery. She holds a PhD in Ancient History with doctoral minors in Gender & Sexuality and Folklore.  Her blog, The Chocolate Cult, has been the go-to guide for chocolate lovers since 2009. She loves visiting conventions as well as organizations to read, sell books, or share her experiences and insights on various topics in the form of lectures or workshops. 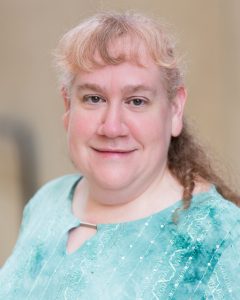