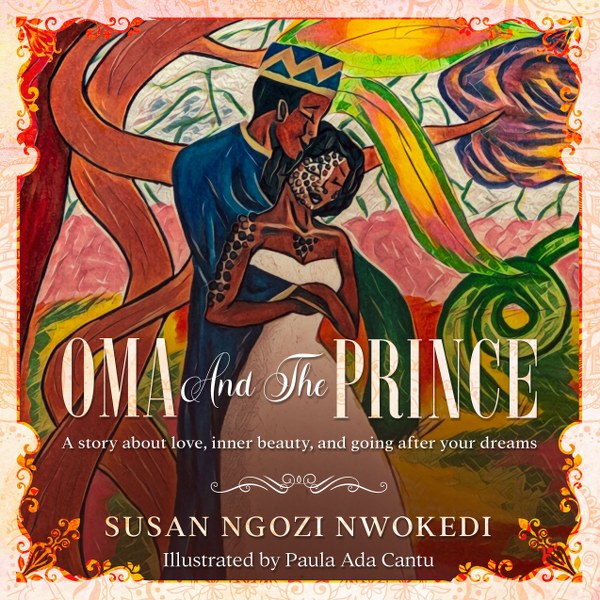 Oma and the Prince
by Susan Ngozi Nwokedi
Genre: Fairytale

Oma and the Prince is a unique African fairytale that follows the journey of Oma, a poor girl with a rare skin disease. Oma was ridiculed not only because of her skin, but because she aimed high. This fairytale encourages its readers to dream big and chase those dreams. It covers social topics such as bullying, self-advocacy, and diversity. Along with following their dreams, readers learn that the beauty that really matters is inner beauty.
Add to Goodreads
Amazon * B&N * Kobo 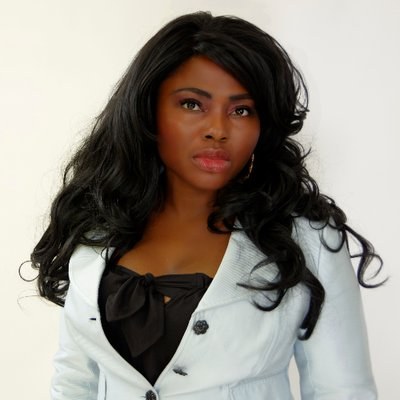 Susan Ngozi Nwokedi is an award-winning filmmaker with over 15 years of experience in the film and entertainment industry. Nwokedi can be found online at www.susannwokedi.com. After graduating from the University of Houston and obtaining two Master’s degrees, she founded TopLine Productions and Entertainment Company. Realizing her passion as an educator and a leader, she opened the Children Come Click Education & Technology Center, a supplemental education enrichment program that provides K-12 support and adult education services. 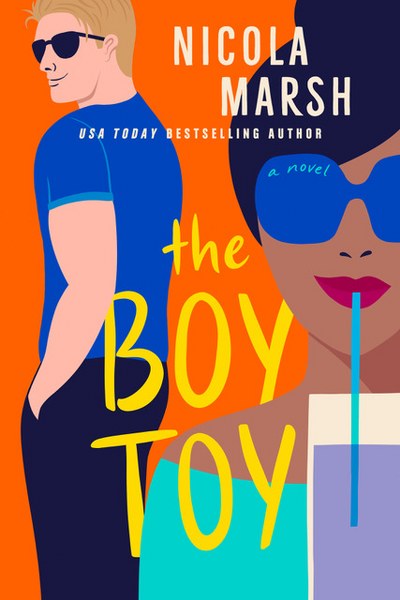 A woman ready to give up on love meets her match in a man she never expected to fall for in this heartwarming and steamy new romantic comedy by USA Today bestselling author Nicola Marsh.

For almost a decade, successful 37-year-old Samira Broderick has used her bustling LA practice as an excuse to avoid a trip home to Australia. She still resents her meddling Indian mother for arranging her marriage to a man who didn’t stick around when the going got tough, but now with a new job Down Under, she’s finally ready to reconnect with her. And while she’s there, a hot international fling might be just what she needs to get out of her recent funk.

Aussie stuntman, Rory Radcliffe, has been hiding his stutter for years by avoiding speaking roles. When a job he can’t refuse comes up as a reality show host, he knows he’ll need some help for the audition: a dialect coach. But he finds himself at a loss for words when he discovers it’s the same sexy woman with whom he just had a mind-blowing one-night stand…

Samira can think of many reasons why Rory is completely wrong for her: he’s ten years her junior, for one, and he’s not Indian–something Samira’s mother would never approve of. Even if things were to get serious, there’s no reason to tell her mother…is there? 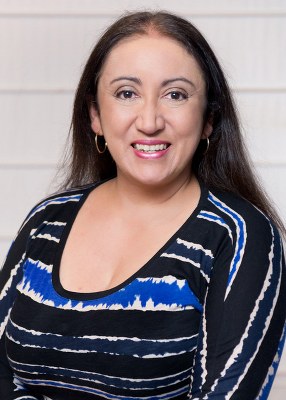 She has published 77 books, sold over 8 million copies worldwide and been translated into 25 languages.

A physiotherapist for 13 years, she now adores writing full time, raising her two dashing young heroes, sharing fine food with family and friends, barracking loudly for her beloved North Melbourne Kangaroos footy team, and her favourite, curling up with a good book! 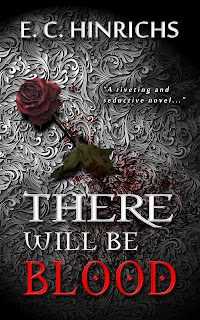 There Will Be Blood

Trinity Smith, #1
by E.C Hinrichs
Genre: Supernatural thriller, paranormal romance
Publisher: Beyond the Fray publishing
Date of Publication: June 2021
ISBN 13: 9781954528079
Number of pages: 258
Word Count: 72,602
Cover Artist:  L. Douglas Hogan
A riveting and seductive novel…
Evil threatens the world, but a secret organization stands united to stop it.
Trinity Smith, a sentinel agent for H.A.L.O, protects the world from energy vampires.
She may have met her match in her next target, Frank Tennorman, a self-described reverend with a high body count. Distracted by juggling her work and personal life, Trinity must take Frank down before she becomes caught in his crosshairs.
The only thing certain in Trinity’s future is there will be blood.

I looked down at my Batman vintage watch that was always 3 minutes behind and noticed that the middle man was late- again. His name was Phipps. No one knew where he came from or why he chose to watch over people or deliver these “S.O.S messages” to people like me. Despite what I had said to Damon, I knew I couldn’t quit. Well, quit that easily. Maybe start slowly- I requested that my next assignment be kept quiet and make everyone think that I had quit. Would that even work? No, maybe not. All I wanted to do was find my journal and write it out but I hadn’t been able to find the darn thing for a few days. I tried to forget about it and turned my attention to the agent I was going to see. He could keep my quitting a secret, right?

And who was the most quiet in all of our underground society? Phipps. No last name that I know of. They said he was a seer. They said that his superpower was to see issues a head of time and to bring the news to the chosen. I always hated being called that, almost as if we are permanently marked away from society. Good bye normal life. I flicked my cigarette as if to spite that cosmos that cursed me with this bloodied affliction.

“Curses… why do you always refer to everything as curses?” Phipps appeared behind me and startled my calm and cool façade. He crossed his long tan arms theatrically as the wind bustled through his silver hair. “It must be the Hungarian blood in you.” I glanced back at him gathering the last reminisces of my calm and cool and gazed into the clear blue of his eyes.

“Of course a German would say that,” I scoffed while I turned fully to face him. “And for God sakes.” I shouted. “Would you make some noise? Or at the very least put a fucking bell around your neck.” He sported a smirk that proved to him that yes- he had indeed gotten under my skin. A thing I knew he had to relish. “So, what’s the story, morning glory?”

“His name is Frank Tennorman. He is 41 years old and he is a sucker.” Phipps started to pace around me; another theatrical trait he indulged himself in. “He moves in younger circles, and singles out the most impressionable. Then he enchants them into believing in him and his “healing” ability. After which he starts to feed off of their energy until they are of no more use to him. Then he discards them when there is nothing left to take. He prefers to feed on the addicted, the mentally unstable and children. Think of it, as his own personal all you can eat buffet.”

“Is he aware that he is doing it?”

“That is questionable, but given his age and the number of offenses it is highly likely.”

“Number of offenses? So, this is defiantly not his first time.”

“Yes,” he said with a thoughtful pause. “He has… a history.”

“So, why didn’t you send one of us before?” His smirk dropped and the icy seriousness of the situation draped his eyes making his face look like the mask of death. Something told me that here was something different about this assignment. Something dangerous- why else send the one with the savior complex?

“We did, and they couldn’t handle it.” I looked up into his face with questioning gaze.

“If they couldn’t handle it why not sic a Reaper on him and end the problem altogether?”

I saw him shift uncomfortably.

“It’s not that simple,” his eyebrows gathered together. “We can’t just sic a Reaper on him. If we do that the Reaper turns into a Sucker and then we have a Reaper-Sucker on our hands.” I hated it when he made sense. He sensed my caving, “And would you want an assassin who can suck life out of people on the loose?”

“No, I guess not.” I chewed on the thoughts that were spinning through my head.Why would you not dispose of someone so dangerous? Why not find some ‘natural’ accident for them to get into? Reapers are the psychic assassins of H.A.L.O. I have only seen them have to kill 7 times and in their rose-scented attack, they were their scariest. I could never figure out why the smell of roses accompanied a Reaper’s attack but it did. Lord knows Reapers aren’t very dependable but the Impressers are. They could make him get into a habit that could kill him. “Okay, why couldn’t you get an Impresser to take care of him?”

“End it? End it so he can try to torture people in a physical sense? C’mon Phipps.” He shook his head and I could tell he didn’t feel like talking about this anymore.

“Do you still take pictures and write?” He said attempting not to answer.

“Okay, now I’m scared… what are you intending on doing with me?” His eyes sparkled with a good humored delight.

E.C Hinrichs born in Canada and moved to the United States. She spent most of her college career writing and studying literature. After her college, she spent her time working in different careers before settling into human services. She has spent the last seven years working with children, the elderly, and persons with disabilities. 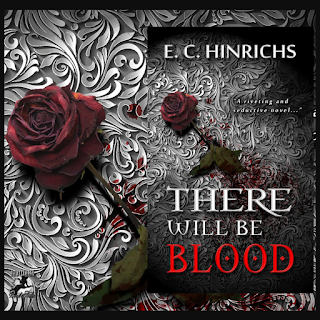