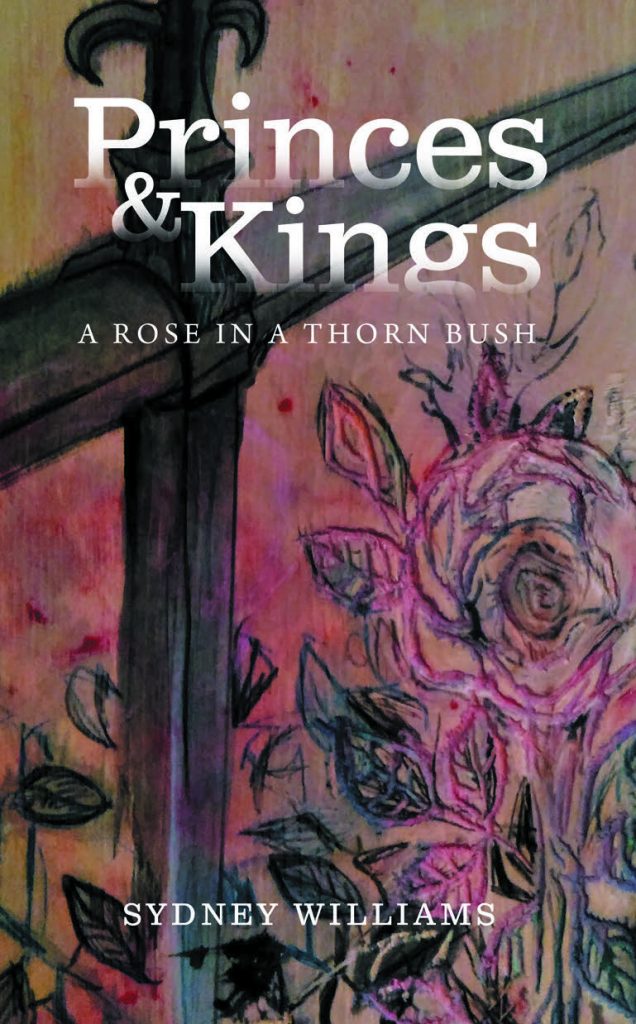 In the year 1240 AD, the land of Gwynedd Wales found themselves without a leader when their king, Llywelyn the Great, died at a ripe old age. The natural successor to the king was his son Dafydd, who took on the job of ruler after his death. Soon after taking on the job he was forced to sign a treaty with the king of England and send his brother Gruffudd and his nephew Owain to England to be imprisoned in the Tower of London in exchange for keeping his land and title. His other nephew, Llywelyn, became the new head warrior after his father’s imprisonment, travelling the country and patrolling the borders to the north and the south. After four years imprisonment in the Tower of London, Gruffudd died while attempting to escape from his tower cell, and his son Owain was released by the king himself. He wanted Owain to help him start a civil war in Gwynedd. Meanwhile, after finding out about his brother’s death from a letter sent by his nephew Owain, Dafydd declared war on England, prompting Owain to escape Winchester Castle, where he had been recovering from his time in prison to find his brother Llywelyn and help him in the war between England and Gwynedd. During the course of the war, Dafydd was killed in battle, leaving the Welsh army without a leader. Being the brave and noble man that he was, Llywelyn called the men to him and, with his leadership, they managed to send the English packing. With the new weight of responsibility thrust upon his shoulders, Llywelyn rode home at the head of the army to find that his world had changed. Now not only was his father gone but his mother as well, and the land of Gwynedd was once again without a leader. It became clear that the best man for the job was Llywelyn himself, and he decided that there was nothing else to do but become the new ruler. He would do anything to keep his people safe, even if that meant taking on a responsibility that he felt he was too young for. He would never abandon his people for anything and let the English take everything from him.

Chapter 1: A Funeral to Remember

The town of Aberfraw Castle in the Valley of Clwyd Snowdonia, Gwynedd, Wales in the year 1240 AD

It was a cold, damp afternoon. In the town of Aberfraw Castle, all of Gwynedd wails as a procession of finely dressed nobles carried the coffin of the late King of Gwynedd, Llywelyn, the Great, through the streets. From all over the land, Gwynedd’s subjects arrived: they came to look upon the face of their dead King and to mourn his passing. The cobbles, slippery from a powerful rainstorm the night before, hampered the procession of nobles as they prepared to lay him to rest. The sky was still overcast with clouds that promised more rain as if nature was mourning for the great man. Filthy street urchins roughly shoved through the crowds of people, trying to catch a glimpse of the nobles while more fortunate children sat upon the shoulders of their father to see the royal party in their fine outfits.

Leading the royal procession were the King’s two sons, Dafydd ap Llywelyn and Gruffudd ap Llywelyn. Gruffudd, the King’s younger and illegitimate son, had no claim to the throne. He didn’t mind; he had never wanted to be a ruler. Gruffudd preferred being the head warrior of the royal army, protecting the people of the land in that way. It gave him a sense of freedom somehow that he felt being ruler would not. He was resplendently dressed as any noble should be in a thick green wool tunic, wool leggings tucked at the knee with high leather boots. His height and physique gave him an air of command and respect, both on the battlefield and off it, and gained him a lot of respect with the people of the land.

Gruffudd’s wise gray eyes turned towards his wife, Senana, who walked beside him with her head held high, giving her an air of great confidence. She felt him looking at her and caught his eye with a loving smile. Smiling back, he felt blessed to have such a woman by his side. From the moment they first met, he had known that she was the woman he would marry. Her light brown hair fell in the way that he liked, in a single braid that snaked down the back of her dress. Her dark-green silk skirt complimented his tunic and set off her deep blue eyes nicely. Such eyes any man in love could easily get lost in.

The heavy air wasn’t helping his somber mood. Instead, Gruffudd felt like it weighed heavily down on his heart, finding it hard to breathe. He had loved his father very much and would miss him terribly. He felt the loss of his father like a dagger to the heart. But he would not cry. He told himself that he had to stay strong for his children who must also be feeling the loss of their grandfather. He felt blessed that he had at least been able to say goodbye to him.

Tell us a little about how this story first came to be. Did it start with an image, a voice, a concept, a dilemma or something else?
When I was in grade 12 I took a history class where I had to pick a country to study, and I chose Wales because of my heritage on my father’s side. It was during the course that I was introduced to my main character. From the moment I read about him I knew that one day I would write his story. It took several years for me to figure out how best to write the story, but then one day I met someone who encouraged me to finely write the story and I am so happy that they did so. At first my plan was to write the whole story into one book, but it became clear early on that it would be much better to split the story into three books. Each book is about a different part in the life of my main character, as a ruler of Gwynedd Wails.

What, if anything, did you learn when writing the book?
When writing my novel, I learned about how to structure a novel and how organising my notes into an outline helped with the writing process over all. I learned how to edit my work to a certain extent as well.

Do you consider the book to have a lesson or moral?
I didn’t write the novel with a lesson or moral in mind and I don’t feel that it has one to it, but I suppose if someone wanted to find one in it they could if they looked hard enough.

What is your favorite part of the book?
This is a hard question to answer because I like so many parts of the book. But if I had to pick one particular scene it would have to be when King Henry’s best knight, Sir Stanley and the main character, Llywelyn have a conversation after Sir Stanley takes down the entire raiding party led by Llywelyn had tried to attack him and take his horse. In the scene you get to see who Llywelyn really is.

Which character was most challenging to create? Why?
I think the hardest character to create was Llywelyn’s youngest brother, Rhodri. There wasn’t much about him in the history notes I was working with and so I had to try and imagine him as a small child and what it must have been like for him as the youngest of four children.

What are your immediate future plans?
I am working on the first draft of the second book in this series. When this book is finished I plan to publish it and then start working on the third and final installment in the series. 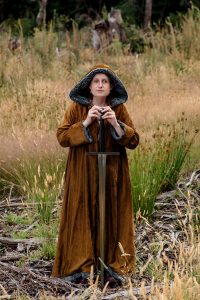 Sydney has a big imagination and has been writing and performing from a young age. After going blind from Leukemia at the age of three, she found release from the medical part of her life through her music and her writing. In high school she excelled in English and history and after she left school she continued to write and to create her music. She formed her band, The Undercurrents with her best friend and drummer, Alex Nacci at the age of 22 and has been playing music with the band ever since.

Her book, Princes and Kings, is her first professional novel and it is book one of the historical fiction series she is writing titled, A Rose in A Thorn Bush about the last king of Wales. She was introduced to her main character in high school and with the encouragement of her Business Abilities coach she finely decided to write his story. Splitting the story into three books. Sydney has always enjoyed reading historical fiction and has found it an interesting genre to write in. After her series is finished she plans to continue writing about different historical British characters for as long as she can. Being Welsh on her father’s side and Scottish and English on her mother’s Britain is a place that interests her greatly and she has enjoyed writing about one of its characters. Giving her a chance to explore her heritage in a fun and exciting way and she looks forward to sharing her passion for the genre and the history of the British Isles with the world.

Enter to win a $15 Amazon/BN GC – a Rafflecopter giveaway