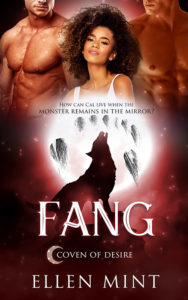 Book 2 in the Coven of Desire series

How can Cal live when the monster remains in the mirror?

Cal is struggling. After his past unraveled into a torment that claimed nearly his whole family, how could he not be? The only good left in his life is Layla, even if she comes with a pain-in-the-haunches incubus. Dealing with Ink is one more problem he’s ignoring, until the werewolf issues he’s refused to face come for him.

A second pack is hunting him and they’re threatening his mother. Cal has no choice but to travel back to Santa Fe and confront them, or lose the last family he has left. While a road trip with Layla sounds nice, Ink has to come along, and the demon keeps driving a growing wedge between Cal and his tenuous grasp on humanity.

Cal, Ink and Layla come face to face with an enemy Cal once believed to be nothing but a myth, his claws and fangs useless against their firepower. What do they want with the witch, werewolf and demon? And, most of all, how can they be stopped?

Reader advisory: This book contains scenes of violence, peril, near death, blood and gore. There are references to a cult, abusive and violent parents, and references to patricide.

Publisher’s Note: Everyone who buys a copy of Fang will receive the short story Snow Print free. Set between the events of Claw and Fang in the Coven of Desire series, Cal’s struggling to overcome the loss in his life is interrupted by a snowman army. 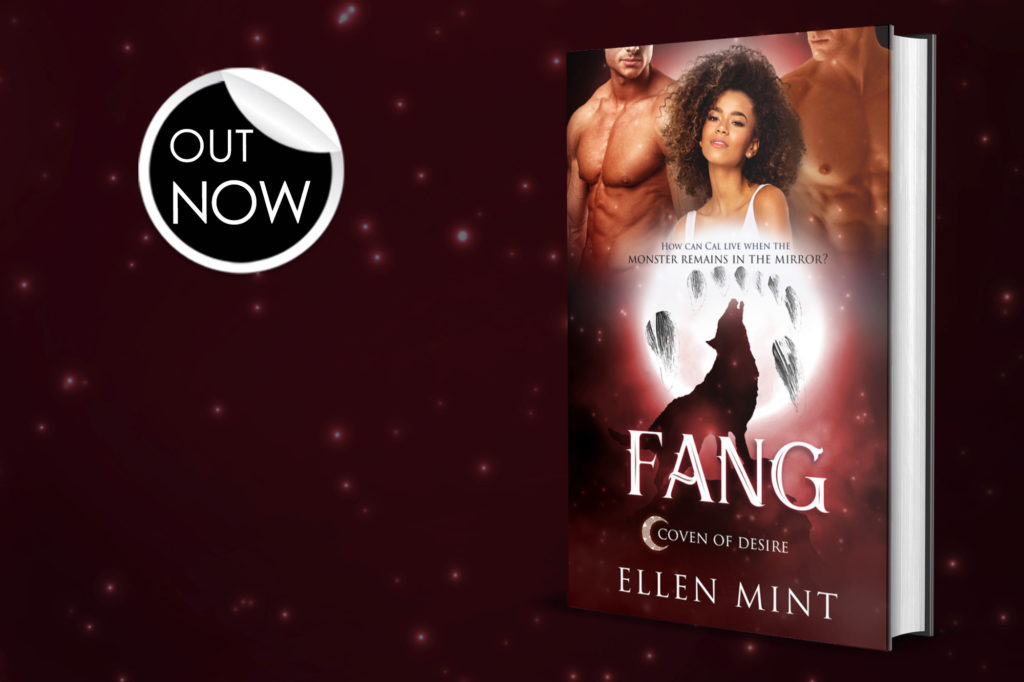 A crack shattered the silence, trying to pry my locked jaws apart. Shadows clipped across the single floodlight above the floorboards.

No! I spun in the tight space, clamping my filthy fingers onto my brother’s mouth. Even in the muddy crawlspace, I could see his eyes blazing above my palm. Eli’s entire body shivered, his shoulders rising to shield himself from every clip of the boot above our heads.

“We have to keep moving,” Mark spat in my ear. I cringed at the loogie sliding down my face while the eldest brother easily spun on his haunches. Even with his messed-up leg duct-taped to a fence post, he crawled quickly under the floor.

The boards above our heads stopped creaking and the light vanished. Had he gone to bed? This was it. Mom had put me in charge of getting Eli. All we had to do was…

Blinding white punctured the world. The ceiling above us shattered, splintering my heart. A massive hand slammed down right in front of my face. I reached my foot back, prepared to kick and break a finger, when the entire house collapsed over Eli.

Another crack. We all flinched as he took it. Three more lines added to the ones crisscrossing his back. Growls rumbled from Mark, pinned by his mother to stand and watch. I tried to twist away, but my head wouldn’t leave. If I didn’t watch, I could be next.

A single cry escaped from Eli, and both Mark and I screamed, “No.” If he made a sound, it started all over.

The belt hung against the five-year-old’s back, Eli straining to reach over the apple crate he bent over. Crimson wicked up his burlap cassock. The blood would be left to dry for days as a reminder because the scars weren’t enough.

“This is what happens to disobedient boys,” boomed the voice through my ears, up my feet and into my blood. I tried to spit it out, the scent of him merging into a putrid taste boiling down my throat. Leaning over, I tried to retch it away—diesel, gun oil, salted pork, old leather, and blood. A spray of it erupted from my lips, staining the floorboards of the great room. No one turned to me, no one noticed I was vomiting in front of them.

Every eye gazed upon him. The father. Our great leader into the next stage of existence.

His dirty, matted hair began to lift. As it did, crimson paint dribbled down the sides. “I don’t wanna be here, Cal!”

“I…” Damn it. My gaze plummeted to the floor, tears threatening to burst. Slamming my lids closed so no one could tattle on me for crying, I said, “I’ll get you out of here, Eli. When it’s done, I’ll get you.”

“Forget it.” It wasn’t the soft cry of a kid, but the dead acceptance of an adult. Even with my eyes shut tight, I saw Eli rise from the box. He trampled it down with his foot, shattering the crate we’d all been whipped on. Eli stood tall, stretching far above my head.

“Weak,” the voice of my unending nightmares thundered. “All of you.” His face burned hot like the sun and I could only stare at the black gun extending from his hand. He pointed it at the followers standing in a ring around us.

“The time of the Moon is nigh,” the rotten bastard said. “Destiny, child. Blood.” He aimed his gun at Eli. A flash turned my brother’s head into a wolf’s skull.

“Eli!” I screamed, running for him. But my feet couldn’t get any traction. Every step kept me pinned in place, unable to reach my brother slowly tumbling to the cement ground.

“You cannot escape it, Calvin.” The asshole’s hand clamped to my shoulder and he pressed me down to my knees. I tried to fight it, but my bones were matchsticks against his might. They buckled, my nose pressing into the dirt.

A wind howled through the trees, parting the stricken branches to reveal the yellow-blue light forever beaming down upon us. Itching rippled under my skin, one no amount of scratching would solve.

“Give in,” he chanted almost serenely.

I shook my head, feeling fur and not hair brush against my shoulder. “No,” I declared, the words warping as my gums receded. Pain clawed up the roots of my teeth sharpening to fangs.

Squeezing my eyes tight, I willed the wolf back. My teeth flattened. I patted my head, finding only the shaved hair. Lashing my arm back, I burst from his grip and took two steps forward. “I’m never changing again!” I shouted.

A low chuckle caused me to freeze. My body betrayed me, terror beckoning me to turn. Lucien bent down, half of his skull exposed, the skin ripped like paper, the muscles rotted away. The eyeball in his fleshless socket was milky white. “Child.” A squishy, flapping sound followed his words. Red and purple tubes flapped out of a massive wound in his throat. I wanted to scream, but my mouth drowned with hot liquid.

“You cannot escape your blood.”

I shook awake, my whole body slamming forward to try to escape. Instead of hurling myself off the bed, I almost knocked my teeth into a soft shoulder. Layla’s hair provided cushioning to stop me, and I buried my face in it. I opened my mouth in a rictus and gave all the force of shrieking without letting a single sound escape.

My tongue tasted of copper and salt, of Lucien’s blood that I had ripped from his throat. My brain thundered with the scents of his body, his boots, his instruments of terror. Get out of it. He’s not here. He can never be here.

Burrowing my nose farther into her hair, I pulled in the deepest whiff imaginable. Cereal marshmallows. We’d gotten into a pointless food fight last night and I’d flicked them at her as she laughed. Amber. She’d used my soap to wash her hands and face. Me. The long night I held her safe in my arms. The air right before a thunderstorm struck. Layla.

My body tightened around her as it recognized the fullness of her. And she was stirring. Damn it.

“Cal…?” she croaked. Most of the time her voice was lush and lyrical, but in the morning it sounded more like a smoking frog.

I placed my lips to the nape of her neck, kissing over her curly hair to try to find the skin below. The taste of her replaced the lingering memory of blood. “Sorry to wake you,” I said.

The wolf inside me was restless. No, angry. It wanted vengeance even though we’d already gotten it. I winced and started to slide away. If I stayed in bed, no matter how tempting, it could rip through me. Take over my thoughts and push me to its side. I slid my hand up Layla’s stomach and over her hip, having to abandon her to calm down.

I was fairly certain she’d passed out and I slipped to my feet, when her fingers crested over mine. Through the shadows of the old house, I couldn’t see much, but the silhouette of her breasts tumbling together out from under my blanket almost drove me back in with her.

No. But I’ve never been okay my whole life. “You stay sleeping.” I bent over and kissed her lips. I wished her taste and touch could chase away all the nightmare, but it clung to me like a filthy sack caked in blood. Rising to my feet, I stumbled out of my room. The wolf inside me howled. 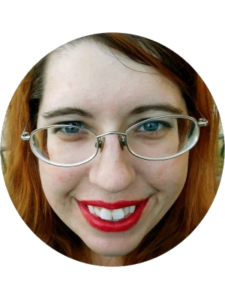 Enter for your chance to win romance author Ellen Mint’s Prize Package and get a FREE eBook from the author! Notice: This competition ends on 25th May 2021 at 5pm GMT. Competition hosted by Totally Entwined Group.