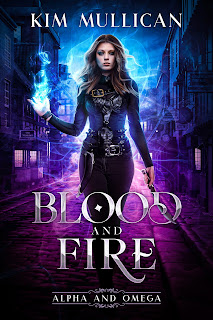 Alpha and Omega
Book One
Kim Mullican
Genre: Urban Fantasy
Publisher:  Syn Publishing
Date of Publication: 01/17/2022
ISBN: 978-1-942632-39-9
ASIN:  B09NN4GLTZ
Number of pages: 160
Word Count: 62k
Cover Artist: Get Covers
I am Maia Delacroix and I hunt people and relics. My life does not lack excitement or danger. I have it in spades.
Then the Mageri surprised me with an orphan…yes, an orphan. I can’t even keep a house plant alive, let alone a kid. It turns out that I’m her only living relative, and even though we’ve never met, I’m her only hope. Great. Can I feed her after midnight? What does she eat? I have no idea what I’m doing.
They tell me this little witchling will need care for a few years until she comes of age. The bizarre fire leaking out of Elaina’s hands is a pretty good indicator that she is no witch.
Then the coven comes—they want her back. Necromancers show up, turning my vampire friends into enemies. If that isn’t bad enough, I have a demon problem now too.
Join me, and see if we can make it out alive!

She leaned into me and sobbed.

I didn’t know her but damn if I didn’t suddenly feel responsible for her. How in the hell had that happened? Because I lost my mother too? Because this poor kid had big blue eyes and pleaded for me to help her? Damned if I knew.

She wiped her face on her shirt. “We should probably get some groceries.”

And we did. While she did buy some junk food, I was a little surprised at how much healthy stuff she put in the cart. She even claimed she knew what to do with it.

When she grabbed a box of Earl Grey tea, I laughed. “You liar!”

She looked slightly embarrassed. “My mom drinks it,” she looked down at the box, “she drank it.”

I snatched it out of her hand and threw it in the cart. “If nothing else, we’ll brew it just to sniff.”

She blinked back tears before grabbing a bag of coffee. “Sounds good.”

The bill at checkout nearly gave me hives. Did teenagers eat this much every week? The paperwork the attorney left did show a nice monthly allowance for necessities, but if the grocery bill was this much each week, I’m not sure how much would be left.

I tried to hide the shock from Elaina. My poker face must not be as good as I thought, however.

“Don’t worry, we had to get a lot of staple items this week. We won’t need this much each time.”

Smiling, I started piling bags in my truck. “You noticed my mini-stroke?”

She laughed. “I’ve never seen a mage turn white like that. It was like a vampire had sucked you dry.”

After returning home, she helped me put all the groceries away then volunteered to start making dinner. I poured a glass of wine and leaned against the counter, watching her. Something was niggling at the back of my head.

“I wanted to ask you about that awesome fireball you made earlier.”

I noticed the pause in her movements before she went back to work. That spoke volumes.

“What kind of magic is that?” I asked. “I’ve never seen a witch make a fireball.” I studied her movements while she worked. Her hands started to shake a little. The topic made her nervous. Interesting.

Her shoulders rose and fell as she took a deep breath. “As it turns out, I’m not a witch. I turned twelve and mom put me through all of the usual tests. Nothing.” She shook spices on the meat in the pan.

“Wow, that must have sucked.” I was trying to stay on her level to keep her comfortable.

“Not really. She didn’t make a big deal out of it. I helped her with her projects, learned about ingredients, spells, and relics. Last year, I felt something.”

She turned and looked at me. “I don’t know how to explain it. It was like a switch flipped and I could feel something here,” she said pointing just below her sternum.

“Warm and kind of moving?” I asked.

She nodded. “Exactly, except sometimes it feels icy too.”

Warm and cold? Was this kid defective?

“Anyway, I told my mom. We were close and she was just, awesome. I always knew I could tell her anything. She said it was excellent. So, we went into the woods and tried several things.

Nothing I tried worked. Then she said to do what felt naturally. That’s when I cupped my hands and made a tiny light ball. It was the size of a marble.”

This made no sense. It didn’t sound like any magic I knew. 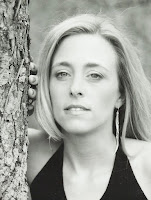 Kim Mullican is a cross-genre author with over 20
novels under her belt. She enjoys the farm life in Northwest Indiana with her
husband. Between chasing chickens and herding cats, she and her husband enjoy
gardening and old episodes of Top Chef. 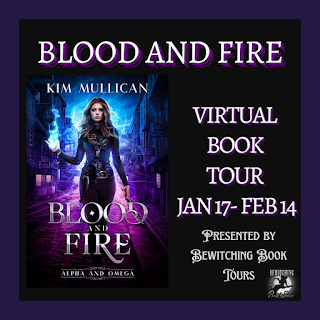 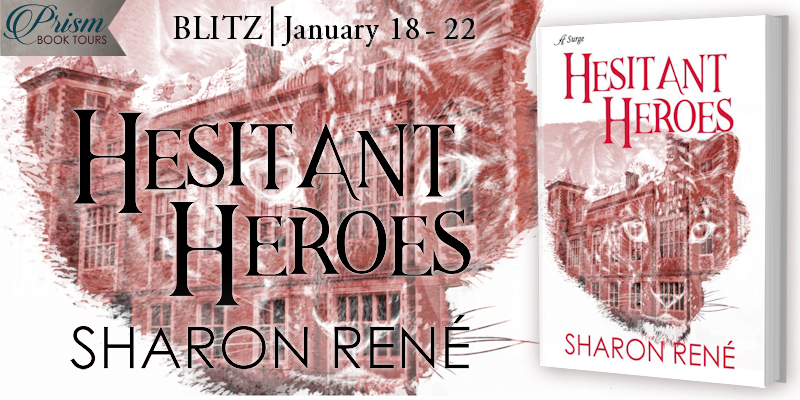 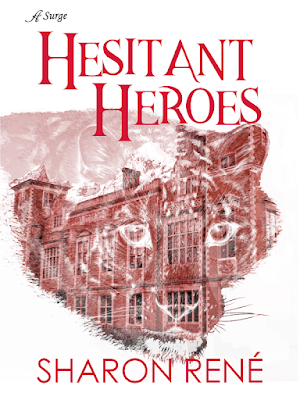 When Christian students mysteriously start disappearing from campus, Jordan stumbles upon the shocking truth—these students are pawns in a government plot, and she’s next on their list. Suddenly, she’s forced into a leadership position as she and her teammates journey from the European Alps to the jungles of Venezuela in a race to save the missing students and stop a political assassination. Fighting fears that have haunted her for years, Jordan battles with the strongest political force on the planet. She believes God placed her at GCU for “such a time as this.” Jordan will have to rely on her faith and friends to save the missing students and foil the evil government.

Author Thoughts on Quote from Hesitant Heroes by Sharon René

Jordan Scott and her friends (Team Seven) have become entangled in a dangerous political scheme of kidnapping and assassination. Jordan is emotionally exhausted and ready to give up, but her roommate Hannie won’t let her.

In this scene, Jordan has thrown herself across her bed and told Hannie she was quitting. No more sneaking around and putting herself in danger. Hannie argues that she can’t quit but her arguments don’t work until she says:

“God put you here, didn’t He? Even He knows you’re a born leader.”

Could Hannie be right? Had God placed her at GCU for such a time as this?

Hannie sighed her breath heavy with the scent of spearmint gum. “Jordan, you’re the Queen Esther of Team Seven.”

Why would Hannie mention Queen Esther? She never talked about God. Jordan wasn’t sure Hannie even believed in God. She’d never been to one of their Bible studies and she didn’t know that Esther was one of Jordan’s favorite Bible stories.

Are you trying to tell me something God?

Through the book Jordan has believed that God placed Team Seven at GCU “for such a time as this,” but she never suspected Hannie would feel the same way.

When Hannie brings up Queen Esther Jordan knows that God is sending her the encouragement she needs to continue down an extremely dangerous path.

“For such a time as this” is the theme that runs through Hesitant Heroes. I believe God has placed every one of us in a certain place at a certain time for a certain mission.

This is not always easy to believe. As a teen I hated living in a small town. I’ve always been a city girl at heart. I didn’t understand why God had put me there. I’ve had many ups and downs in my career. I thought I wanted to work in broadcasting but that was a disaster, then I ended up working in a corporate legal department which I enjoy. I’ve always been an introvert, but God led me to teach youth Bible fellowship classes and participate in mission trips and prison ministry.

Can you relate? Are you a teen who hates your school? Perhaps you hate the city you live in, or your marriage is not the romantic dream you hoped for. At times like this it’s hard to believe that God has put us in a certain place “for such a time as this.”

I hope Hesitant Heroes will help readers understand that God doesn’t always place us in beautiful, calm environments. Queen Esther lived in a pagan culture and was married to a pagan king. (Not great husband material). In Hesitant Heroes, Jordan, and her friends, Team Seven, must risk their lives to rescue their kidnapped friends and stop an assassination. Nothing easy about that!

I pray that readers draw strength from Hannie’s words and Jordan’s belief that God does have a special purpose for each one of us. We just need to ask God to direct us and show us what He wants us to do for Him in “such a time as this.” 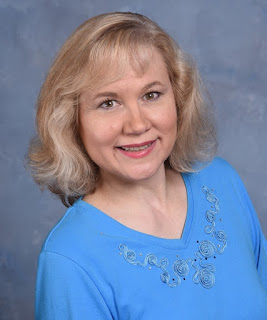 Sharon René loves to write young adult and children’s fiction. Her young adult speculative trilogy has been acquired by Anaiah Press and the first book, Hesitant Heroes, released in September 2021. Hesitant Heroes is an exciting blend of danger, drama and a little romance. Relentless Rebels is scheduled to launch in March 2022. Her first book, A Mixed Bag of God’s Grace, was published in 2018 by TouchPoint Press. This is a book of short stories and devotions for elementary aged children. 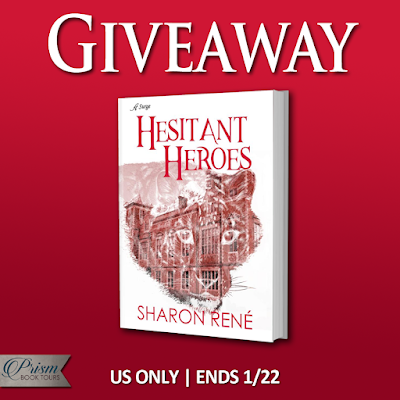 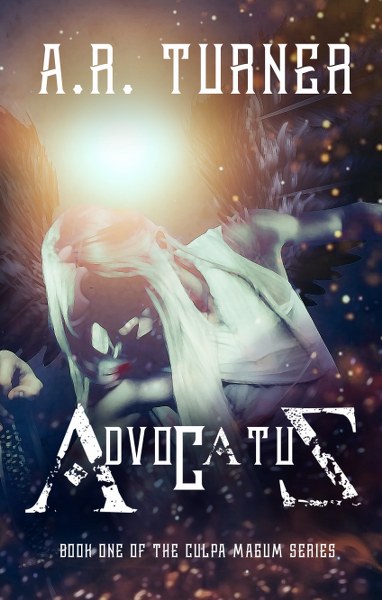 Advocatus tells the tale of Felix, a junior lawyer with one last case before he can strike out on his own. His client? A terrifying magical warlord accused of, amongst other horrifying crimes, two counts of Attempted Genocide (and six counts of Theft). His plea? Innocent, of course! All in a day’s work for Felix.

Psychic frogs, downtrodden goblins, time-travelling wizards, and a whole host of other magical defendants become his caseload as Felix begins trying to make a name for himself as a successful lawyer in a world rife with sorcery.

The biggest case of his life: defending humanity in front of Habeus, the God of Justice himself.

Lose, and it’s all over. Not just for him, but for the whole of mankind. 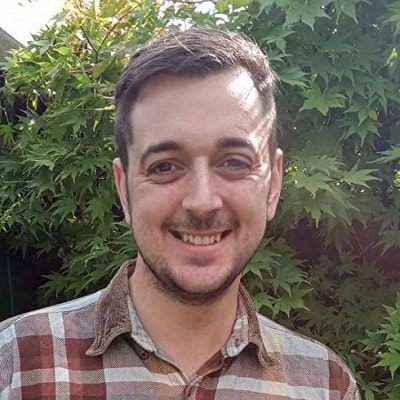 Born on the Isle of Wight in the south of England, Alex now lives in South Wales with his wife and cat, where he divides his time between reading, writing and board games. Having always wanted to read a book about a lawyer in a fantasy world (but never successfully finding one), Alex finally realised that there was nothing else for it: he was going to have to write it himself. His other passion in life is a board game called Blood Bowl. He talks about it often in his podcast and one day hopes to compete in the Chaos Cup or other big global tournaments. Check his podcast here: https://anythingbuta1podcast.wordpress.com