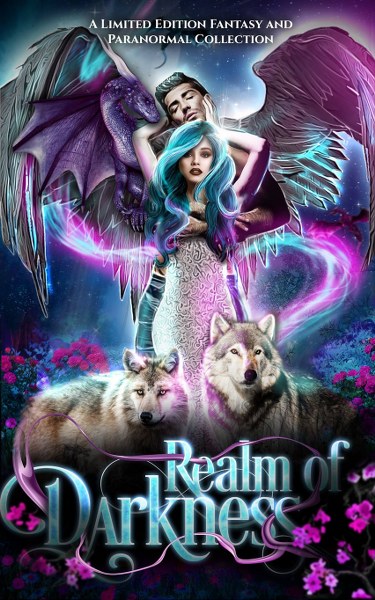 When darkness falls, beware of the creatures that come out to play…

Fall under their spell over and over again in this ultimate paranormal and fantasy romance boxset! Over 40 full-length novels with heart-melting heroes and devastating anti-heroes, full of romance, magic, mystery, and adventure can be yours for an insanely low price.
Ready to be swept away? Your book boyfriends are waiting…
Enemies-to-lovers, alphas, fae, werewolves, dragons, shapeshifters, vampires, gods, angels, demons, and more: with novels ranging from sweet to spicy, there’s a flavor to sate your every craving.

You won’t find these exclusive novels anywhere else, so don’t miss your chance. Over ten thousand pages by New York Times, USA Today, and International bestselling authors and at less than three cents per book, this collection is a steal, but only for a limited time. Grab it today before it’s gone forever… 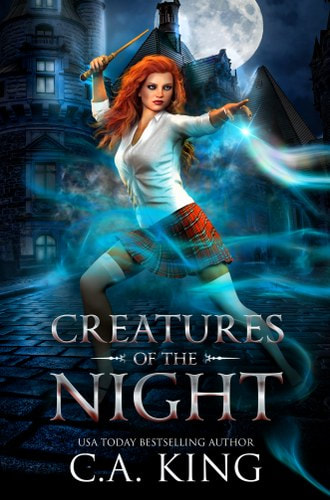 Creatures of the Night

Zoe spent her whole life training how to fight demons—how to kill them. Not once did that curriculum include falling in love with one. Now, she’s faced with a hard choice: betray one to save the other. Will she side with the family and friends who have always been at her side, or trade it all for the romance she so deeply desires?Odds are, no matter which path she follows, her heart won’t make it out unscathed. 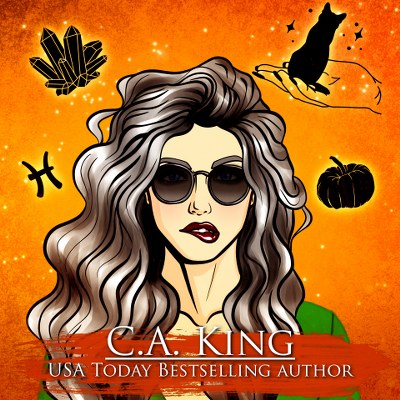 I was diagnosed with clinical depression after the loss of my mother, father and husband within three years of each other; all to cancer. 24/7 in-home care, coupled with the loss I felt, left its mark on my psyche.

Depression takes up a lot of my life. Reading and writing are the only things I have found that help (in connection with regular medication), even if only for a short time. To escape to a different world can make a big difference in my mood in real time.

To put things in perspective, when I was at my lowest point, I couldn’t open mail, talk on the phone, or even drive to the store. Walls of sadness surrounded me. As they closed in, tears would fall. There didn’t need to be a reason or trigger.

People ask me why I started writing. My answer is simple: I wanted to create a world into which other people with similar problems could escape. I wanted to share the one place that had helped me for many years.

I have always said that as long as one person finds a little bit of happiness out of my books, I am, in my opinion, an accomplished author. The same is true for every writer out there. Please don’t ever let anyone tell you different.

I read books as well as write them and have visited the worlds many different authors have created. Those worlds not only make me feel better, but give me the strength to face real life again. I want to thank everyone who writes—I want them to know they are making a difference.

I am thrilled to be hosting a spot on the HUNTRESS PREY by Selene Kallan Blog Tour hosted by Rockstar Book Tours. Check out my post and make sure to enter the giveaway! 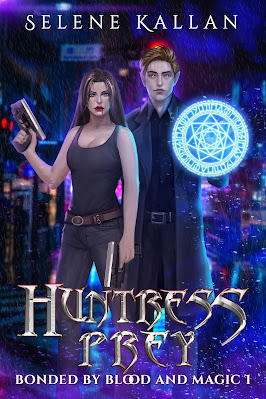 After almost three centuries of running from my past, I should be used to loneliness. Being a mythological monster isn’t compatible with relationships. But the craving for company grows stronger every day, turning routine into an endless nightmare and making me wish for an end to my immortality.

The explosive encounter with a beautiful, lethal fae who knows what I am and how to destroy me reminded me of that proverb: be careful what you wish for.

AXEL
I thought fate could not surprise me after almost six hundred years. And then there she is—the echo of the brave young woman I’ve heard legends about. Only she isn’t human anymore, but a vampire, the greatest enemy of my species. After a fight that could have killed us both, and an uneasy truce, I am left with burning curiosity and so is she.

But will curiosity be enough to quench her thirst for my blood and my impulse to kill her before she strikes?

The first installment of the Bonded by Blood and Magic series.

Subscribe to Selene’s newsletter and get a free ebook! 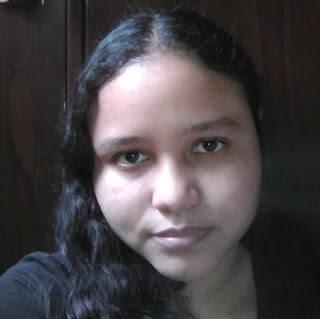 Selene Kallan is a fantasy author who daydreams about her imaginary worlds most of the time. Her obsession with vampires, and all things supernatural, has made her an avid reader. She loves writing, discovering new metal bands, and watching superhero movies. She is also feeling a little crazy while writing about herself in third person, but apparently, this is the way to go. Find out why USA Today calls The Sparks “a crackling read” that “builds a vivid world (both) otherworldly and relatable.”

Neil Vapros just wants to make his father proud. The sixteen-year-old aspires to serve his family as an assassin, but he nearly dies in the process. As if that wasn’t bad enough, Neil’s family, as well as two rival dynasties, have abandoned an ancient promise to protect their city. An unknown evil has begun hunting all three houses from the shadows…

As Neil’s relatives fall one-by-one, he attempts to unite the three supernatural families against a common enemy. But earning trust after years of assassination attempts could prove impossible. Neil’s fight may involve more than a bloodthirsty empire, as betrayal rears its ugly head…

The Sparks is the first book in the award-winning Epic Feud trilogy of young adult fantasy novels. If you like captivating characters, inventive world building, and supernatural battles, then you’ll love Kyle Prue’s action-packed coming-of-age tale. Buy The Sparks today to ignite your thirst for adventure!

“A crackling read. The Sparks builds a vivid world that is at once otherworldly and relatable. Characters spring from the page in a deft twist on mythology that belies Kyle Prue’s young age. He’s a voice to be heard.” (Scott Bowles, USA Today)