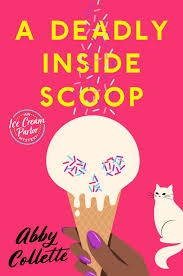 A Deadly Inside Scoop
by Abby Collette
Cozy Mystery

Recent MBA grad Bronwyn Crewse has just taken over her family’s ice cream shop in Chagrin Falls, Ohio, and she’s going back to basics. Win is renovating Crewse Creamery to restore its former glory, and filling the menu with delicious, homemade ice cream flavors—many from her grandmother’s original recipes. But unexpected construction delays mean she misses the summer season, and the shop has a literal cold opening: the day she opens her doors an early first snow descends on the village and keeps the customers away.

To make matters worse, that evening, Win finds a body in the snow, and it turns out the dead man was a grifter with an old feud with the Crewse family. Soon, Win’s father is implicated in his death. It’s not easy to juggle a new-to-her business while solving a crime, but Win is determined to do it. With the help of her quirky best friends and her tight-knit family, she’ll catch the ice cold killer before she has a meltdown… 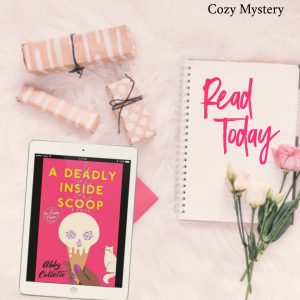 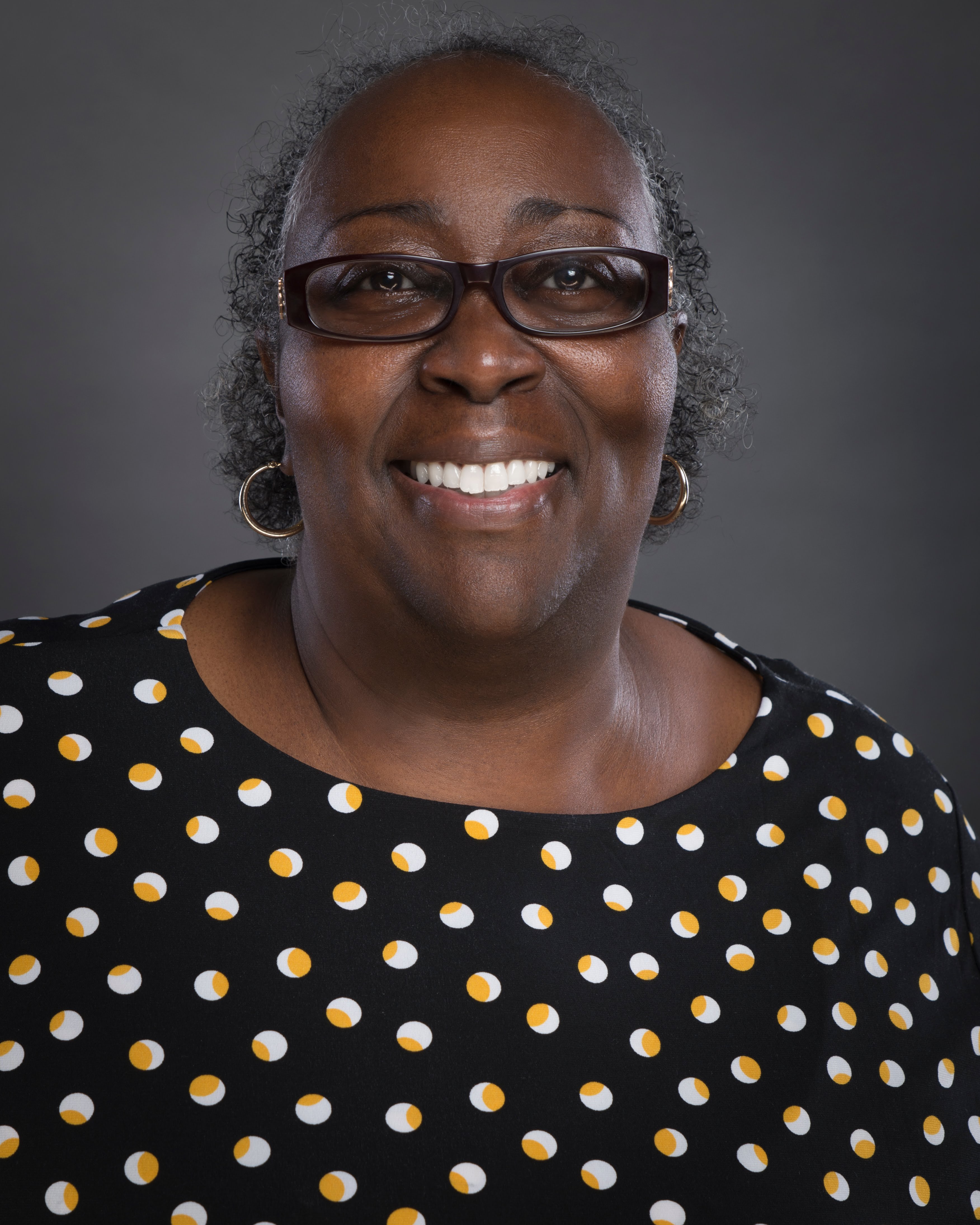 Abby L. Vandiver, also writing as Abby Collette, is a hybrid author who has penned more than twenty-five books and short stories. She has hit both the Wall Street Journal and USA Today bestseller list. Her latest cozy series, An Ice Cream Parlor Mystery, published by Penguin Berkley, is out now, with the second book, A Game of Thrones, coming in March 2021. 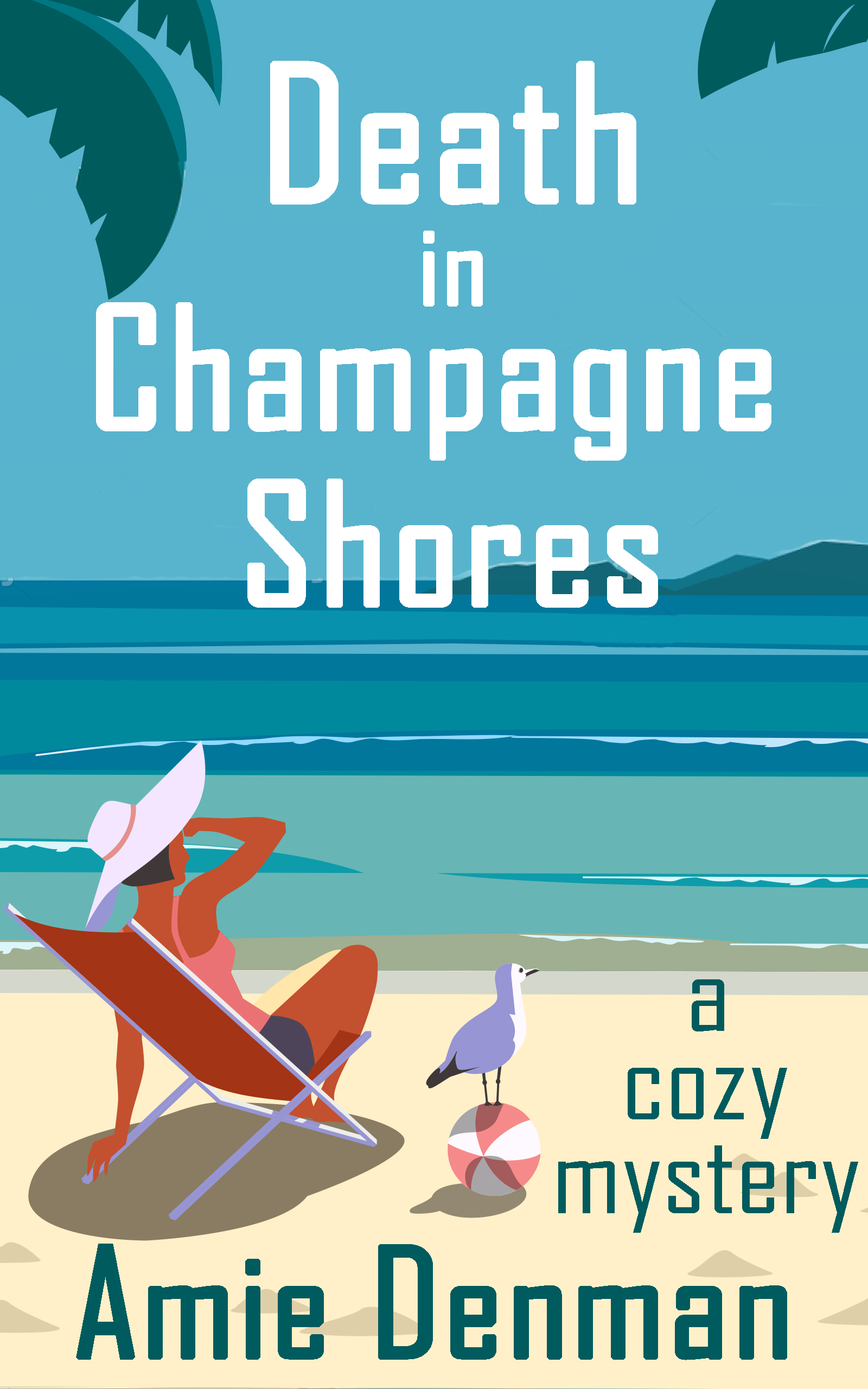 Champagne Shores, Florida, is a beach town in need of a paint job.

What it doesn’t need…is a murder.

Champagne Shores, Florida, is poised to become a tourist magnet, but a murder in the marina threatens the town’s sunny reputation. Sure, the marina’s owner had been a thorn in the local chamber of commerce’s side, but he hadn’t really made serious enemies…had he?

Millie Silver wants her True Colors Paint Store to inspire a makeover for her hometown, and she’s busy leading the Champagne Shores Revitalization Committee. But when she and her dog Sunshine discover the body of the marina’s owner, they find themselves on the trail of a murderer. The clues and suspects stack up and include an estranged wife, surly fishermen, and a flashy group of treasure hunters flaunting the Spanish gold they find offshore.

While the town repaints and reinvents itself using Millie’s color inspiration, Millie recruits her family and friends to help the police chief uncover secrets, grudges, and even sunken treasure along the Florida coast.

Chief Parker propped his elbows on my paint counter and waited. I knew he was a patient man, but if he was expecting me to blow his case wide open, there was disappointment in his near future.

“I didn’t see anything,” I said. “No crazed killer rushing from the scene, no one lurking about to see if anyone noticed his handiwork.”

I gave her a raised eyebrow. “Do you really think Lisa would murder him instead of just divorcing him? How would that benefit her?”

The chief frowned. “Haven’t gotten to beneficiaries, but money is a common motivator. And secrets.”

“Could be both,” Tiffany suggested. I knew she heard a lot of secrets in her line of work, but the morning’s events were too raw for me to want to inquire.

“This is going to get more complicated before it’s over. Probably before the day’s over,” Chief Parker said.

“I feel bad for Richard,” I said. “We’re talking about his death as a complication, but it hardly seems fair to him.”

Tiffany slipped an arm around me in a half-hug. “I know it’s upsetting.”

“I wish I could have seen his reaction to Ocean Sunrise Blue at sunrise,” I said. It seemed so unjust that he never got to see it. Paint colors are a living thing and appreciating them is a rare and beautiful pleasure life offers. Sharing it is my gift. And so is finding dead bodies in Champagne Shores, it seems.

“I thought lightning didn’t strike twice in the same place.”

We all looked to the shop door where Aunt Minerva stood, hands on hips. She wore her red knitting glasses and at least two different strands of yarn were stuck to her blouse. She had obviously left the house in a hurry.

My aunt’s worried expression softened for a moment and then returned to full-on flustered. “I’m not even going to ask if it’s true that you discovered another body. You all look serious and I’m guessing there’s a reason the chief’s got his antacids out this early.”

Chief Parker thumbed a white disc from the roll in his hand and closed his eyes for a moment as he chewed.

I sighed. “I went to see Richard Croy about the paint color, but his shop was still locked. Sunshine drew my attention to a boat where we found Richard dead on the deck.”

“Poor Sunshine,” Aunt Minerva said, giving my dog a kiss on the nose before coming over to me and giving me a warm hug. She’d been a mother to me, Tiffany, and Darwin ever since our own parents died in an accident when we were almost too young to remember them. “Have you already figured out who did it?” she asked as she drew back and patted my cheek.

“What? No. And I’m not getting involved.”

I shook my head. No way was I getting dragged into another murder investigation.

“Sunshine didn’t touch the body this time,” I said, feeling that I’d found a particularly strong piece of exonerating evidence. “So I’m not directly involved.”

Everyone—even Darwin—gave me a skeptical look.

“Well, she didn’t,” I said, hearing the note of petulance in my own voice.

Silence prevailed for a moment, and then the chief’s chair creaked as he put his antacids in his chest pocket and got up. “We’ll wait for time of death from the medical examiner, and maybe that will give us a starting point. I probably don’t need to ask when the last time was you saw him.” He paused and waited. “Alive, I mean.”

Amie Denman lives in a small town in Ohio with her husband and sons. She has published more than 40 novels—romance, mystery, and women’s fiction. When she’s not reading or writing, she’s walking and running outside. The victim of a lifetime of curiosity, she’s chased fire trucks on her bicycle just to see what’s going on. Amie believes that everything is fun: especially roller coasters, wedding cake, and falling in love.

This blog tour is organized by Lola’s Blog Tours. The blog tour runs from 4 till 24 January. See the tour schedule here. 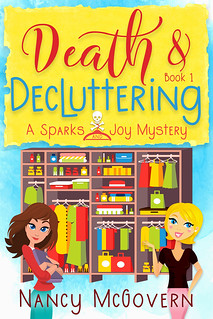 Blurb:
Joy Russo loves chaos. From her life as a busy reporter to her brawling, coffee-obsessed Italian family, there’s nothing she loves more than her messy, little life. Then the weird, slightly out-of-this-world Aurora Sparks arrives, whose life seems to revolve around creating order out of chaos.

The two of them have somehow ended up as roommates in the small Upstate New York town of Bent River, and the old adage that says “opposite attract” couldn’t be further from the truth! Sparks fly & tempers flare as each young lady tries to deal with the other’s eccentricities while not compromising their own values. Much easier said than done.

But when a man is found dead and Joy’s father is the prime suspect, the two must put aside their differences if they want to help him. They soon find that Joy’s tough, no-nonsense demeanor and Aurora’s ordered, structured nature perfectly complement each other when it comes to ferreting out clues. And, thankfully so, as the danger threatens to escalate unless they can sort through the facts and solve this mystery in a hurry!

“He was my Nonno. My maternal grandfather.” Joy nodded.

“I believe I talked to your lawyer? Mr. Goggins? He let you know what date I’d be arriving, right?”

Joy’s arms remained crossed, and her face was decidedly un-joyful as she said, “Aurora Sparks. I’ve heard of you.”

“Great.” Aurora gave her a smile that was two parts desperation and one part relief. “I’ve got all my boxes in the car. It should take me an hour or so to unload them. If you could show me my side of the house—”

“Your side of the house?” Joy’s eyebrow raised half an inch.

“Er… yes?” Aurora didn’t know what to say. The lawyer, Mr. Goggins, had assured her that the will was air-tight. No court of law could challenge it. She was being left half the house, and that was that. Naturally, she knew Joy wouldn’t necessarily be happy about it. But she hadn’t accepted Aurora’s offer to purchase her half, nor had she been willing to sell the whole house and split the proceeds. Aurora could have challenged this in court and forced Joy to sell, but the lawyer had warned her that the case could then take years to resolve and end up costing more than the house itself. So that left Aurora with no option but to come and actually live here in Bent River. She didn’t mind. A change of pace would suit her just fine.

“You know you won’t survive a week here, right? Bent River isn’t your average, everyday town,” Joy said. “It’s definitely not New York City.” She looked Aurora up and down in a fashion that seemed to imply Aurora would drag the city with her wherever she went.

“I know it’s not NYC. That’s why I’m here. I’d like to be as far away from crowds as possible for a while,” Aurora replied.

“That’s up to me now, isn’t it? And I thought it was a week?” Aurora raised an eyebrow right back at her. If Joy thought she could cheat her out of her fair share of the property, she could think again. “Fifty percent of this house is mine by rights and, if you refuse to sell, then I’m here to stay.”

Later books in the series: 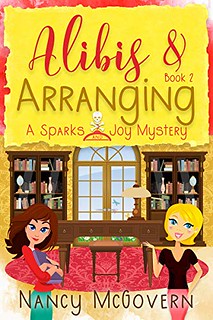 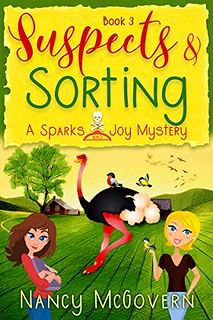 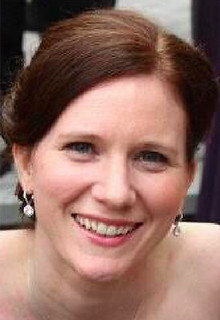 About the Author:
I’m a mother, wife, homemaker, pet lover, teacher, student, reader, writer, drinker of tea & wine (depending on the time of day) and sleep-deprived dreamer. I live in Northern New Jersey with my husband (a veterinarian and writer), our three children and too many furred & feathered friends to list!

Please visit my website at www.NancyMcG.com for more information about my books and to sign up for my newsletter! 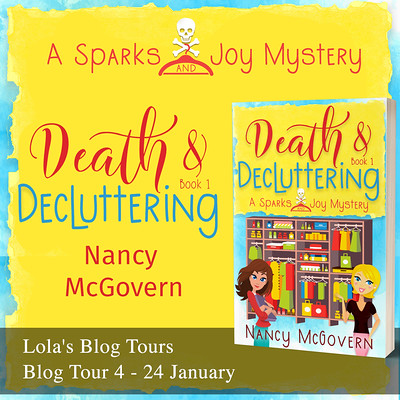