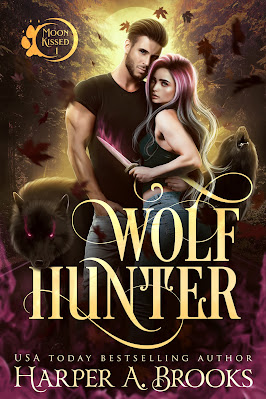 Falling for her target wasn’t part of the plan.

Tasha Ward exists as a phantom. Drifting from place to place, she can blend in to the point of invisibility—a trait highly useful for a deadly assassin like her. But after years of perfecting her skills, she wants to be seen.

No… It’s more than that. She wants the alpha of the murderous Redcliff wolf pack to look her in the eye as she plunges her knife straight through his heart.

Traveling deep into the pack’s territory alone, Tasha’s prepared for war… until she finally faces the pack’s ruggedly sexy leader and does the one thing she’s never done before. Hesitate.

As the new alpha, Reid Holden doesn’t agree with many of the traditions his father believed in. Such as taking a woman to sacrifice once a year. Unfortunately, being on top means you’re always a target, and there are venomous snakes everywhere. Even in his own family.

Tasha’s meant to be another enemy, but Reid is finding it impossible to hate her. It doesn’t help that his wolf has already claimed her as its own. She may want him dead, but she may be the one person he’ll end up risking everything for. 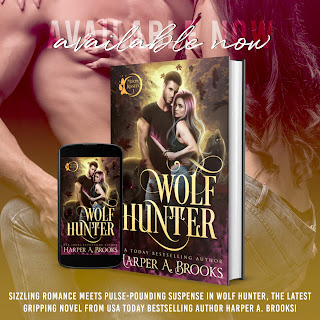 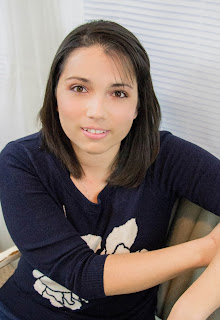 One Reply to “Book Blitz: Wolf Hunter, by Harper A. Brooks”