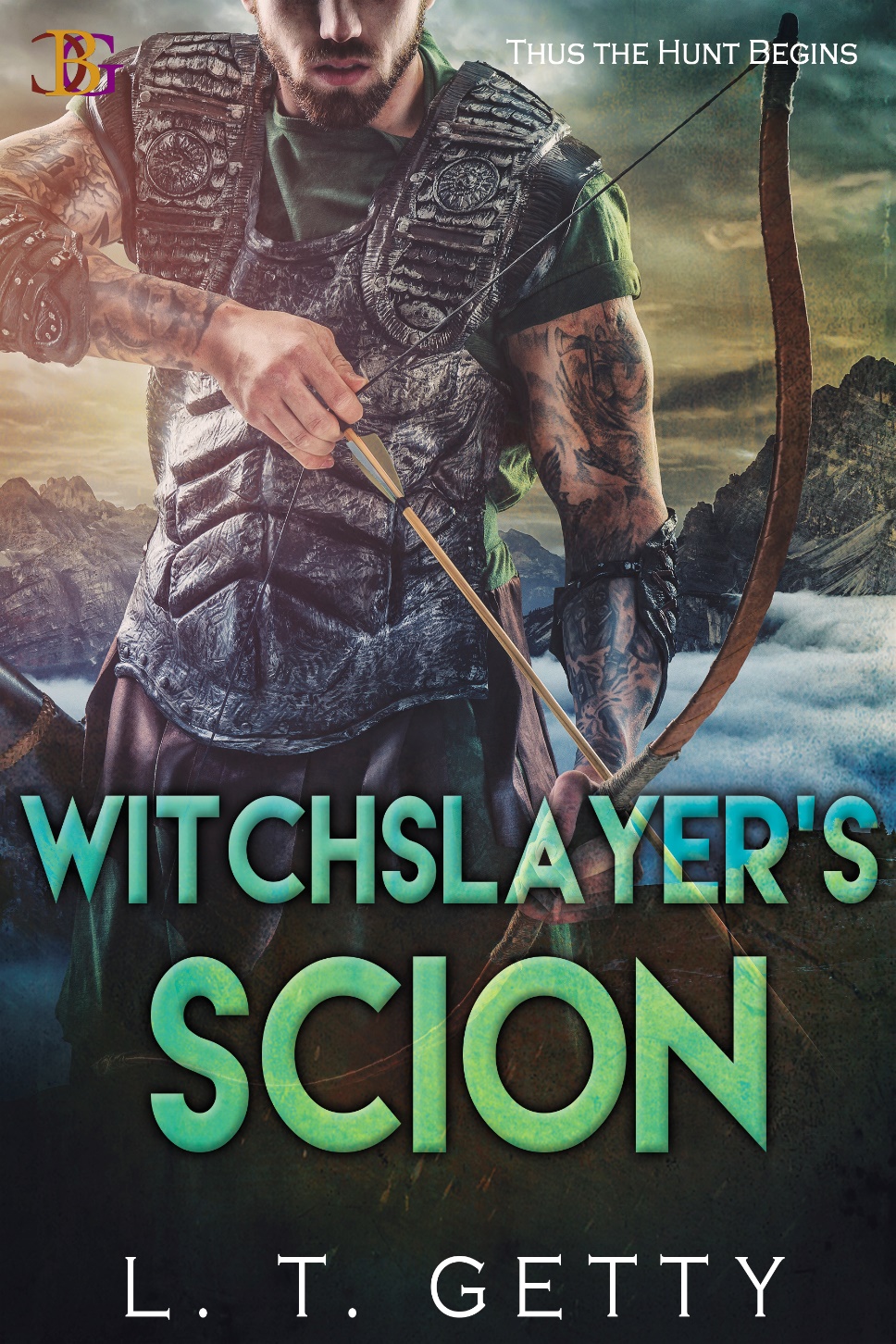 Koth’s life was decided for him since before he was born, for his ability to heal wounds by touch is rare even among his people. When an attempted kidnapping turns to sacrificial murder, he embraces vengeance and the sword. As he journeys far from his small isolated village in the north, he learns the truth as to why his bloodline is targeted by strange magic, in a world still rebuilding from a time when dark sorcerers didn’t bother with secrecy.  Koth thinks his quest is straightforward enough–find the men responsible, and kill them–and any who aid them. He will soon learn that those who have both privilege and power, there are few things they lack–and in the pursuit of godhood, their allies can prove even more sinister as mere mortals seek to advent empires and dynasties.

“Why?” If there was a problem, she should be waiting outside for him.
He sensed inside, his aunt’s thoughts remained hidden from him. Una shouted, and he ran inside the building. He thought there were lights on inside, but he saw no candles.

The tea house was very dark, and he felt a sudden dread—he wanted to leave. Baro barked from the outside. ~Una!~ he thought, before something hit his neck.

He knew at once it was a poison dart, and ripping it out he tried to smell what it was. Seeing metal reflect moonlight and he moved his hand, his skin cut. Moving instinctively out of the way, his next reaction was to purge the toxin that coursed through his body and tried to understand the wound. It was mostly his forearm, deep but he could still use it, the bone unaffected. He’d do a better healing later. He focused on something not unlike a burn before going for the knife at his hip. Striking 85 in the next liquid motion, Koth realized he was attacking his aunt.

She grabbed onto his injured flesh and seared it, destroying, weakening the sinew and the cartilage and causing it to age and die, following up the bloodstream, to find the heart and kill. Koth tried to brace; he couldn’t heal and keep her at bay. He was physically stronger and much heavier, but she was weakening his muscles. He tried to wrench the knife from her.

He knocked the blade to the ground then tried to lock minds with her to find nothing short of blinding pain take him over, wrestling him to the ground and making him drop his knife. She took the dagger and when he tried to force himself up, a familiar sense washed over him. Magic, but not coming from Una.

“Do not kill him yet,” Yeshbel said, “we will bleed him first.”

1. Tell us a little about how this story first came to be.
Witchslayer’s Scion started out as me wanting to flesh out a project I was working on. The series I was writing I developed in Jr High and Highschool, and part of me knew that I wasn’t talented enough to tell the story I wanted. I decided to do a spinoff looking at a much smaller event and develop part of that world. The result was Witchslayer’s Scion, and I’ve since written two more books in the series.

2. What, if anything, did you learn when writing the book?
I had a conundrum because the main story line has people fighting over technology a little more sophisticated than our own right now, whereas the majority of the people on the continent are living somewhere in the early renaissance, or very similar how settlers would have been when they came to North America only they’ve been there for centuries. I gave the Tenagee Imperium an advantage because they have basic cannons, so I had to learn about early gunpowder as opposed to contemporary gunpowder.

My reasoning for the major countries holding the balance are that Hontue has the largest population, most of which are non-combatants but you can arm farmers, Tenagee has less hands but gunpowder (albeit crude) and some natural defenses in the shape of mountains, Roslithia is incredibly fractured with lots of mini states but a hardy, warlike population. There are other nations as well, but the other two players are Azel and Zeltain, who are waiting to see what the other three are going to do before picking a side in any conflict. Hontue is also a fallen empire, Tenagee is a rising one, with Roslithia never being united enough except when outside forces threaten one of their own.

3. What surprised you the most in writing it?
Una and Nisiris were pleasant surprises when I was writing the novel. I was really surprised that I could write an older woman’s voice, considering I was in my early twenties when I started the book, and Una is a matriarch and a grandmother.

The other character that really surprised me was Nisiris. I originally had a different backstory for him, but when I developed the Imperium and the struggle between the classes, making him resentful of the Imperial forces that were colonizing his island helped solidify his character and his motivations.

In the story, the three central mages are Voren, Lamont, and Elza. They’re all older and powerful enough to know how good life was, and in general they want to be the power behind a crown and steer a country into a world that benefits them. They manage to invoke the power of an oracle, and they learn that the Imperium can go two ways – it can rise up and be a shining beacon to the world, or implode on itself. They recognize that the current king is a weakling and that his brother is better suited towards the crown, and are trying to use their influence to control the nation’s fate. It’s slowly revealed that it’s their actions that are causing the weight of the Empire to come crashing down. Basically it’s a criticism of, “The ends justifies the means” because even with the aid of someone who can see likely, potential futures, these mages cannot accurately predict the future.

4. What does the title mean?
A Scion is an inheritance of a legacy.

So A Wtichslayer’s Scion is basically the inheritance of He Who Fights Monsters, or at least those who he thinks are monsters. I won’t go into great detail, but the brains behind the mages Koth finds aren’t wringing their moustaches and being evil for evil’s sake, so much as for the most part people who are trying to steer events, but they don’t have the same limitations as you and I do, so they almost always will give into the lure of power and personal ambition. Koth’s story is more straightforward: He wants revenge. He sets out and absolutely fails to kill one of their apprentices, before gathering himself again and giving up what he wants (revenge) to try to help other people who are also caught up in the mess.

He’s not completely emotionally ready by the end of the first book. Book 2 takes it to its logical conclusion when he’s in a good position to kill Radij and decides to spare him to learn what the mage knows and attempt to rescue other people.

5. Were any of the characters inspired by real people? If so, do they know?
Not in particular. I’ve done this more in other books.

6. Do you consider the book to have a lesson or moral?
Revenge is moot.

7. What is your favorite part of the book?
I don’t want to spoil the ending so I will stay away from the climax, so outside of that fight a big deal what the villains are trying to do is trying to unite the naval houses to protect the Imperium. They have an oracle that gives them insight as to potential futures. They’re very aware that the Imperium of Tenagee is under danger from within, not from outside kingdoms. In one such vision, they’ve seen that if House Nolstrum rebels, the high-seas rebellion will eventually spark a civil land war. The plot is about one of the mages forcefully marrying an heir and controlling her so this doesn’t happen. If the scheming wasn’t revealed, it was a relatively mutual marriage benefit (they had instant chemistry, which almost never happens in my books) but when she finds out, she’s livid. And because another House knew, they confronted the mage they thought responsible, and their heir is killed. The actions of trying to subvert a war and bring peace, leads that other house plotting rebellion. Assuming Champagne doesn’t pick up Book 2, it’s hinted that House Nolstrum will be the driving force in any rebellions that occur.

Add to the fact that who I consider the breakout villain, Nisiris, wanting the Imperium to crumble all along, makes the reader wonder if he didn’t hand out tainted information to manipulate the coven into a position where he could strike out from a position of power. He can’t fight armies by himself, but he can manipulate the various pieces on the chess board.

8. Which character was most challenging to create? Why?
Sajera is a character in the main series, and I really had to think about what she would have been like as a much younger woman. She doesn’t develop her critical character wound until later in this story, so while she doesn’t play a huge role until about more than half way, she seems to lack agency until the end of the book. She is incredibly stubborn and quick to anger, but also a very dutiful and self-critical. The challenge was thinking to myself, how much she should grow over thirty years, and why she was the way she was when she was older. I was used to thinking of her as a very wise person – still with her personality quirks, but how she got to be the way she was.

To me Sajera represents the closest thing to an every day Imperial Citizen. She has her place in society, and doesn’t have much say in what kings and others do; the highlight of her life is who she’ll marry and how that will affect her role in society.

9. What are your immediate future plans?
I have written and sent off the next two books in the series. I have also written a Novella, Underman, which takes place during the book, and I’ll eventually put it out there for free. Until my publisher gets back to me, I’m going to take a break from this series and likely polish up either one of the science fiction novels I’ve already written. I will change my mind if Cassie says “Yes” to the series I will begin work on Rogue Healer 4 in earnest, but I would really like to rework the original series. I think it’s more than salvageable.

In the meantime, you can check out my self-pubbed middle grade fantasy, The Mermaid and the Unicorns for free ebook between April 26th and May 17th. I aimed it at readers aged 10-12, plus there’s a review tour running at the same time as this tour is going.

L.T. Getty is a rural paramedic from Manitoba. She enjoys writing science fiction and fantasy and generally being creative.