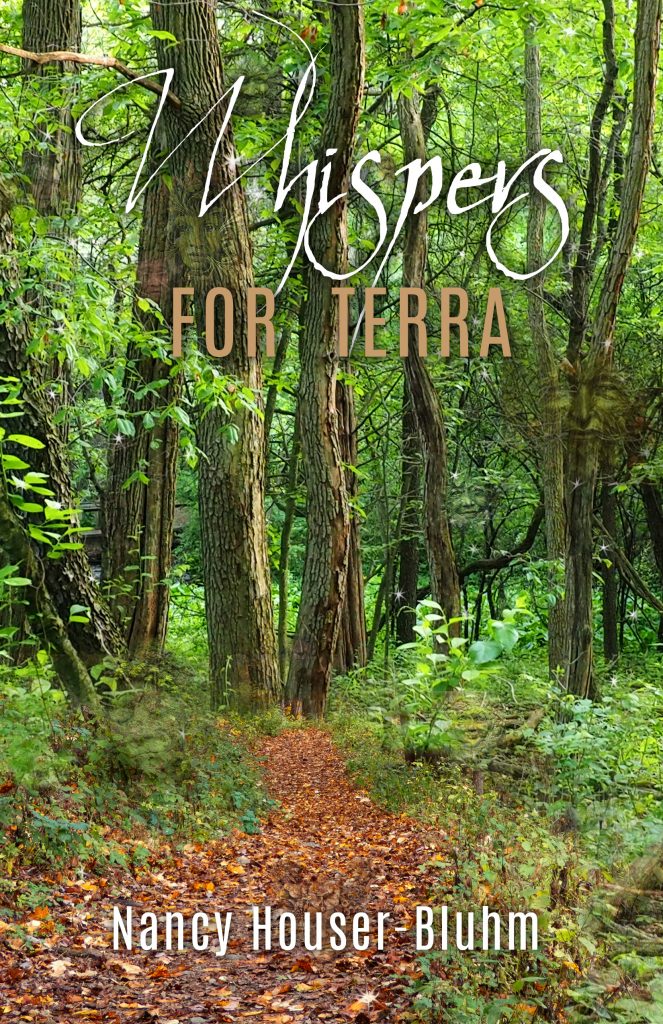 Suffering from job fatigue, Mary, a speech pathologist, finds herself at a crossroads. Feeling a diminished sense of purpose, she finds solace in a nearby woods. It’s in these woods she discovers she is more than she knows. The earth spirits sense her ability to communicate and choose her to deliver a message that will influence our earth’s soil and everything that comes from it.

Seeking to enlighten humanity, an initially reluctant Mary is emboldened by a ninety-seven-year-old patient to embark on a journey of inner healing and outer discovery. Mary soon encounters others who have also been marked to carry the earth’s message. As their collective efforts turn into an expansive movement, the impact of the earth’s message amplifies, and the earth begins to sense something new: relief.

Whispers for Terra is a story of hope, inspiration, and finding one’s path, showing us the impact individual and small group actions can make to heal our earth.

All we have to do is listen.

I didn’t know my World Was about to be rocked. As I prepared to step into the patient’s room, I only knew how my jaw felt as it tightened when I saw the last-minute speech language evaluation order placed at my station. My body had been settling into a feeling of relief for the end of the day. Barbara, a nurse, knew I would be off in ten minutes, but she also knew the policy stated that new evaluations had to be initiated the day they were ordered. Somewhere in me, I knew this wasn’t her fault, but I also sensed too much pleasure in it for her, and irritation was an easier emotion for me right now.

As I entered the patient’s room, I lifted my head and smiled broadly. As a kid, I was told my smile could light a room. And now, Mr. Talbot would never know I was anything but excited to help him. My soul knew the real story.

I reached for the clipboard and my sleeve slid down. I saw Mr. Talbot look at the mole on my arm, then look questioningly at me. He had no idea the mole had developed over a few short months. I shrugged and gave him a look of “Eh,” but my inner self was mirroring his same questioning look. Although most of my patients qualify as elderly and look the frailer part, Mr. Talbot, with his twinkling blue eyes, allowed me to envision the handsomeness he carried when he was younger.

I was relieved to read he was NPO, meaning nothing by mouth, and only tube feeding for now. He’d be safe from the risk of aspirating for the time being; he needed more strength and the medical staff needed more time to put a plan in place. 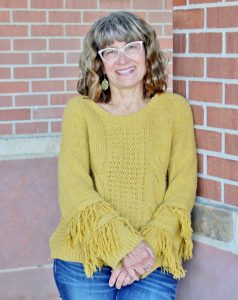 Nancy Houser-Bluhm has lived in the foothills west of Denver, Colorado for over 20 years with her husband and miscellaneous pets. She hails from Michigan but always had a longing for the mountains after growing up watching Bonanza. Their current piece of heaven is called the Bluhmerosa. For some years she and her husband, Jon traversed the country moving from Michigan to Oregon, back to Michigan and then to Colorado. Once a rock climber, she now spends time with biking, skiing, camping, enjoying nature and yoga; oh yes and with writing.

Nancy received her first monetary writing award of $3.00 for a poem submitted by her middle school. Coinciding with the late 1960’s it pertained to war. About the same time, she won a statewide essay contest which took her to a presidential inauguration. She realizes she has outted herself and can never again use attending a presidential inauguration in the party game One Truth, Two Lies.

Like the character in her first novel, Nancy’s pursuit of personal growth and awareness, led her down numerous paths. In the 1990s, Journey Seminars was her effort to bring entry level knowledge on such topics as dreamwork, Feng Shui, and homeopathy to her community.

Authentic communication with herself and others has been an ultimate life quest, sometimes to the chagrin of others. A lifelong journaler, Nancy produced her own journal with excerpts from her past journal wisdoms and her husband’s art. She offered classes highlighting the power of the practice through gathered techniques. Nancy has had numerous prompted memoir-based articles in a local mountain newspaper. After working forty years as a Speech-Language, both in the schools and health care, she retired from being a full-time worker bee. It was then she began a blog and ventured into the arena of writing her first novel.

One Reply to “Spotlight: Whispers For Terra + Excerpt”