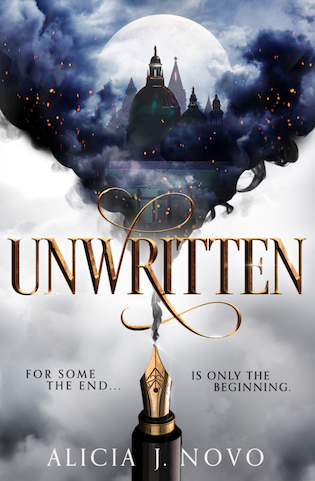 Books whisper to Beatrix Alba. But they aren’t the reason she has never fit in. Bullied at home and school, she keeps a secret—a power of violence and darkness.

When the spell that keeps her hidden fails, she’s catapulted into the Zweeshen, a realm where all tales live, and her dream of meeting her favorite characters comes true. But wishes are tricky, and behind its wonder and whimsy, the Zweeshen is under attack. A character is burning bookworlds in pursuit of a weapon to rule both stories and storytellers. To succeed, he needs a riddle in Beatrix’s possession.

Now he’s hunting her down.

Joining forces with William, a cursed conjurer, Beatrix must face an enemy who knows her every weakness in a realm where witches play with time, Egyptian gods roam, and Regency heroines lead covert operations. And with her darkness as the only weapon, she may have to sacrifice everything to save a world that rejects her.

The Test of Character

“Not Truth. Not Control,” the disembodied voice from earlier said, returning Beatrix to the hallway. The window had darkened, and she felt the trace of water on her skin. She dried her face with the back of her hand. So that’s how it worked. No, control wasn’t her motivation; that much was certain. Truth? She wished for it. But she had too many secrets for truth to be her guiding force.
The next story was tougher. When the sultry beauty smiled at the detective, Beatrix struggled not to warn him about her future betrayal. She was all glamour and jeweled charm; he, all shadows and jaded humor. His office stank of alcohol and stale cigarette smoke. One hung from his lips, his sardonic smile a poor cover to hide all the hurt inside him. But he needed this.
“Not Cunning. Not Sacrifice,” said the voice, and it startled Beatrix back to the test and the windows.
Other choices were easier. The young magician tempted by the secrets of darkness and the spells that rose the dead. His hunger made the Furie thrum but frightened her at the same time. She didn’t struggle as much allowing him his mistakes, and when the door faded, she felt no regret.
“Not Power. Not Ambition.”
There was a story she would have loved to share in. Not to change, but to snatch the handsome protagonist for herself. What would that mean to the heroine, though? And would the guy be faithless enough to transfer his affections? Beatrix doubted she’d want someone who would.
Some were heartbreaking, and she set one foot past the threshold before stopping herself, undecided. Especially when a single hit from her Furie would have decimated a killer that had gone on a rampage. Or a well-placed insult would have brought down a bully after a kid twice his size.
“Not Self-interest. Not Strength.”
“Not Independence.”
“Not Justice.”
At some point, it all began to blur—the decisions, overwhelming.
“Not Passion. Not Adventure,” the voice droned.
“What? Wait, that one moved too fast.” But Beatrix already faced the next window.
“Not Beauty. Not Perfection.”
“Not Recognition.”
“Not Status.”
By now, her mind floated and her body swirled with emotions, with shared experience and too much adrenaline. How could she choose one story when they all meant so much? She no longer knew what was right. What felt real. What belonged to her and what she could live with. What you take, you keep.
The next book she couldn’t identify, and she stepped forward, eager for a closer look. The glass was smeared and dirty, so Beatrix wiped it with her cuff. It remained stubbornly opaque, and even with her eyes pressed to it, she distinguished but a blurred silhouette. Then from the other side, a hand matched hers against the glass. “Help me.” Alicia has a weak spot for happy endings and transformative journeys. She spent her teenage years
in Argentina and Europe, speaks several languages and loves to travel.

An eclectic reader, she grew up on a diet ranging from Lucy M. Montgomery and Jane Austen to Ray Bradbury, Isaac Asimov, Raymond Chandler, Hermann Hesse, Jorge Luis Borges, and many classics. She’s never been cured of reading a bit of everything and is as likely to geek out about Mr. Darcy as Dr. Who.

She is a history and astronomy aficionado, who walked the Camino de Santiago in Spain, completed her Masters in the Netherlands and worked for Google in Ireland. She decided to become a writer at six but took a full, winding road here. Along the way, she learned if there’s one thing that cuts across cultures, one unifying thread that pulls everyone together, it’s a good story.

A big-city girl, she now lives in the Midwest, where she occasionally picks apples and pretends witches exist.