This post is part of a virtual book tour organized by Goddess Fish Promotions. D. Hale Rambo will be awarding 1 of 3 print copies of the book (US only) to a randomly drawn winner via rafflecopter during the tour. 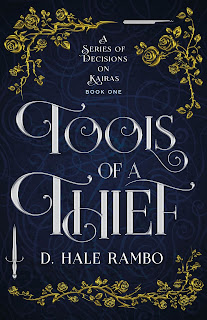 How do you stop being a thief? Zizy assumed quitting her job, stealing from her boss, and flitting magically across the continent was one way to give it a go. Getting in and out of sticky situations is typically Zizy’s specialty. A little spellwork here, a pinch of deception there, and she’s home free. Quick-fingered, fast-talking, and charming the gnome knows traveling across a shattered continent won’t be easy. Still, she has the skills to keep herself from getting killed.

Too bad she was followed on her one-way trip. Pressed into a mission she can’t say no to, Zizy feels desperate, out of place, and as lonely as before. But when she meets a charming book hoarder with bold curiosity, Zizy can’t help but want to bring her along on this one last job. She’ll just hide her past, her present, and complicating info about herself. What could go wrong?

Zizy was taught growing up that expanding the Vault had been a request of the gnomes creator, the Trickster. The gnomes had built three glorious cities over the course of the last hundred or so years. Arovein, their original city, Zumi to the southwest along the coast, and Hadu on the northwest coast. All built in the tunnels and caverns of the Vault with small trading settlements above ground. But everything else after that had been gnome ingenuity. The waterworks pipeline, the spellwork-powered carts, the mechwork creatures—all made life grand for them. Enabled them to focus on their particular pursuits and research without worry for the busy motions of just living life.

She missed the clanking of metal as someone walked down the street testing out some new contraption. She missed her favorite tavern. Discussing over mugs of brewbeer what new idea a friend had thought up and watching—or sometimes being—the one who had agreed to be a tester. She missed being in charge of her daily life. Zizy let the pang of homesickness for Zumi and her old life wash over her.

What the minds of her people could come up with would be mesmerizing to a Brix. Simply astonishing. Or frightening, if they were ignorant sticks in the mud. She had encountered many like that since she entered their lands, those who saw her and understood she wasn’t like them. Some had been polite and ignored it when interacting with her. But others, scared beyond sense, had been more harmful and even attacked her unprovoked. So she’d tried to pass straight through, not standing out, with only mild altercations like yesterday’s.

But then there was Laysa. Something about this Brix was different, intriguing, and though Zizy had thought, as she drank in the inn the evening before, that the best way to avoid Emba’s bad side was just to do as she said, the spark of defiance she felt every time she saw Emba had reared its head. Her mind returned to Laysa off and on all night. The way she didn’t hesitate to ask and answer. The volley of words she seemed happy to spill. Zizy sensed she could talk for ages, and Zizy wasn’t unhappy, she mused, at the prospect of talking to her again. Around in circles Zizy went, drink after drink, until she just decided to do what she was best at: ignore all reasonable suggestions and do what she wanted anyway. 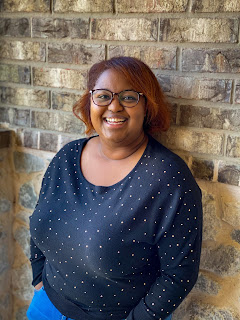 D. Hale Rambo is an avid reader, Pathfinder/Dungeons & Dragons player, bubble bath connoisseur, and author. She has been writing and creating other worlds since she was old enough to mark them on her bedroom wall. As a dungeon master and in life, D. Hale Rambo believes in the fun of morale bonuses, inspiration, and always using cover. Get updates on the series, say hello, or debate with her about the versatility of gnomes at her website.

5 Replies to “Spotlight & Excerpt: Tools of a Thief + Giveaway”