Welcome to the book tour for The Voice by John Reid! Read on for more details! 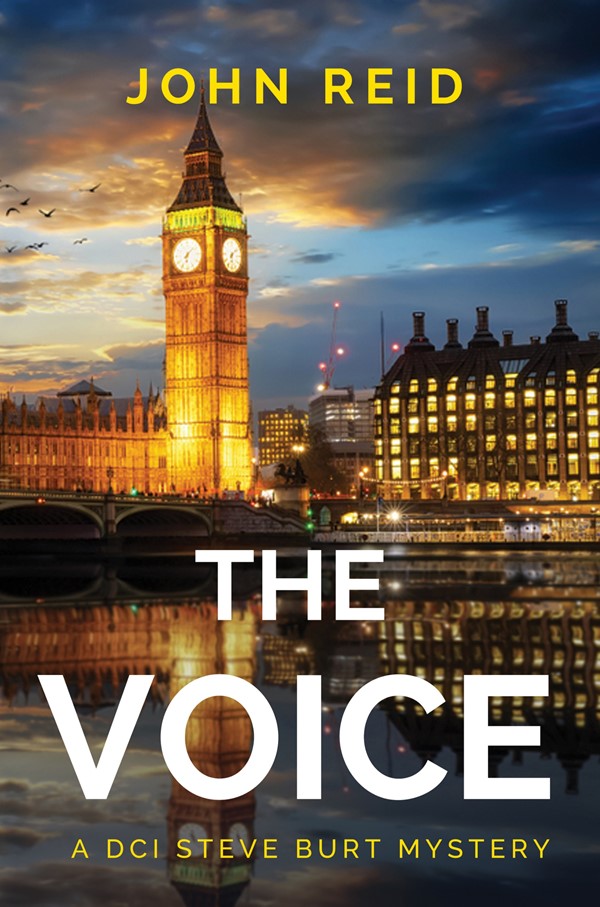 The world of warfare is changing, and a new weapons delivery system developed secretly in the UK is targeted by an international terrorist gang who set out to steal it on instructions from “The Voice”. “The Voice” is a mysterious mastermind who uses an electronic device to disguise his voice and keep his identity hidden.

DCI Steve Burt is asked by his old Army Commander to search for his son, a serving Army officer who is missing. This unofficial inquiry becomes part of an official investigation and takes the DCI into a world of international intrigue, terrorism, murder and corruption at the highest level of government and the Metropolitan Police. The evidence always leads back to “The Voice” but who is he? Unearthing a phantom is a difficult task even for DCI Burt.

John Reid is the creator of the DCI Steve Burt series of thriller and suspense crime fiction at its very best.

Retirement has given John the time to fulfil his passion for writing, creating the mystery series through his unique creative process. Each main character is fully developed at the beginning of the writing process, with the part they play in each journey evolving organically within the confines of the underlying plot line. This freedom and flexibility creates inventive and compelling story telling that keeps the reader intrigued throughout.

John was born in Scotland and, after serving in the Army, embarked on a career in industry. He has worked in several different sectors in senior roles and was latterly CEO of a large international data capture company. He retired for the first time in 1995 to take on a consultancy designed to help new businesses become established. In 2018 he finally retired from business life to become a full-time author. John lives in Scotland and Portugal with his wife, and they have two grown-up sons.

One Reply to “Spotlight: The Voice, by John Reid”