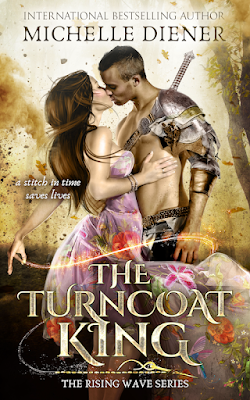 A thirst for revenge . . . Ava is committed to vengeance against the man responsible for the death of her parents. The same man, the Queen’s Herald, kept her prisoner for two years, until she escaped with Luc, a warlord bent on vengeance just as fierce as her own. He’s forged a powerful army of people from all through the region, called the Rising Wave, to march on the Kassian royal family and smash its corrupt power under the weight of their anger. But for Luc, just as for Ava, his true motive is a lot more personal.

A hidden magic . . . Luc suspects Ava has magical abilities, suspects he’s benefited greatly from them, but he’s no stranger to the burdens of power, and he’s prepared to let her tell him in her own time—after all, she’s his heart’s choice and he will give her all the time she needs. Except time is running out for both of them. As they near the Kassian stronghold, forces from within their own camp and without will use every trick they have to stop both Luc and Ava and tear them apart.

A secret laid bare . . . Luc knows Ava has a secret she’s keeping from him—but what he doesn’t realize is she has many. And when those secrets are exposed, everyone will have to grapple with the consequences. Ava is prepared to sacrifice her happiness and even her life to save the Rising Wave and Luc—but she would prefer to use her heart and her head to outwit her enemies instead.

The guard assigned to lead them to the Skäddar warrior paused to speak to someone in low tones. When he turned back to Luc and Dak, he was grinning.

“The Skäddar warrior is this way. He’s sparring with one of our best fighters and we’re hoping he wins.” His smile widened as he led the way.

“Why are you hoping he defeats one of your own?” Dak asked.

“Because she’s from the mountain border with Skäddar, and has been teasing us steppe-dwellers about how the highlanders are superior. It will be very good to see someone land her on her arse.”

“None of you have been able to?” Dak lifted his brows.

The guard gave a grunt. “Not yet.”

Luc could tell they were close to the sparring match. The sound of cheers and whistles started up, and ahead of them was a circle of soldiers, all looking inward.

The guard led them around the side, to where the crowd wasn’t as thick.

The sun had almost completely set, so two torches had been driven into the ground to illuminate the fighting ring, and the opponents were already circling each other.

The man was obviously Skäddar. Luc had met only a few of the northern dwellers before, but they all had markings on their faces like this one.

The Venyatux highlander was much smaller than her opponent, and had her back to them.

Luc felt the air freeze in his chest and throat as he recognized her hair first—a little longer than it had been since he’d last seen her a month ago but still much shorter than everyone else’s. 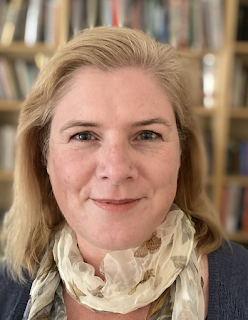 Michelle Diener is the bestselling, award-winning author of historical, fantasy and science fiction romance novels. Having worked in publishing and IT, she’s now very happy crafting new worlds for her readers to escape into. She lives in Australia with her husband and children.
Website | Goodreads | BookBub | Facebook | Twitter | Pinterest | Instagram

One Reply to “Spotlight & Excerpt: The Turncoat King + Giveaway”