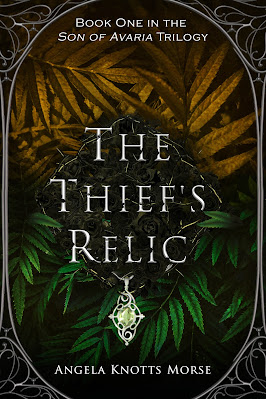 The Thief’s Relic
(Son of Avaria #1)
By Angela Knotts Morse
Young Adult, Fantasy
Hardcover, Paperback & ebook, 394 Pages
December 4, 2021 by An Encouraging Thought Publishers
*
Eamonn never wanted to be a thief.
*
So when a risky mission goes awry and he receives the chance of a lifetime, he leaves behind everything, even his newfound family in the Thieves’ Guild, to pursue an apprenticeship as an honest merchant.
*
Traveling the country means he sees and hears everything. Civil unrest, rebellions against the monarchies, and rumors of a usurper bent on uniting the provinces under himself with a mythical form of magic. Few suspect he’s not chasing a dead end, including village girl Leyna, a believer in the magic of ancient histories. Eamonn’s skeptical heart is also swayed once he finds himself the tyrant’s target, unknowingly possessing the key to harness the dangerous power.
*
To protect it, Eamonn’s only choice is to flee. But now that it’s the mission of his former brothers in the Guild to hunt him down, keeping magic out of their hands might be harder than either Leyna or Eamonn thought possible. If they fall, though, their world does too.
*
(Affiliate links included.)

The sound of the hooves continued to approach them; the river must have been the rider’s goal. As they heard the horse reach the rear of the cellar entrance, Hadli pointed at the ground and mouthed down. He and Eamonn dropped, flattening themselves against the stone path and keeping their bodies pressed against the unlocked doors. Eamonn rolled his lips together and tried to control his trembling hands.

A horse trotted down the road, passing the cellar entrance and coming to a halt where the road met the main dock. An uncomfortably small distance separated Eamonn and Hadli from the horse and rider—they could hear the horse huff and snort, catching its breath. The horse’s rider sat tall and alert atop it, the soft moonlight reflecting off his rounded metal helmet. A night sentry.

In all the time Eamonn had been thieving, he had never run into a night sentry, a soldier in the City Guard who patrolled the city overnight. Occasionally, he’d heard their horses’ hooves in the distance, but he always managed to finish the job and get out in enough time to miss them. Their presence had almost kept Eamonn from starting his life of thievery, because he knew their purpose was to catch criminals like him. He soon learned, though, that being small and quiet gave him an advantage; the sentries only caught thieves less skilled than himself. 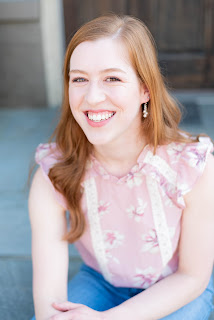 Angela Morse has been writing since the fourth grade when a teacher wrote an encouraging note on one of her assignments. The note read, “I would not be surprised if I go to the library one day and pick up a book by Angela Knotts!” That simple note lit a fire within Angela and she developed a passion for writing stories. Though she has dabbled in a few genres, Angela’s favorite to write is Fantasy. Her audience is typically New Adult (NA) or sometimes Young Adult (YA), depending on the age and maturity of her characters and intended readers. Angela currently resides in Birmingham, Alabama with her husband, daughter, and cat. 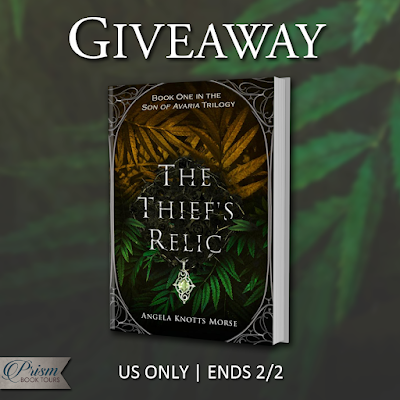 One Reply to “Spotlight & Excerpt: The Thief’s Relic + Giveaway”