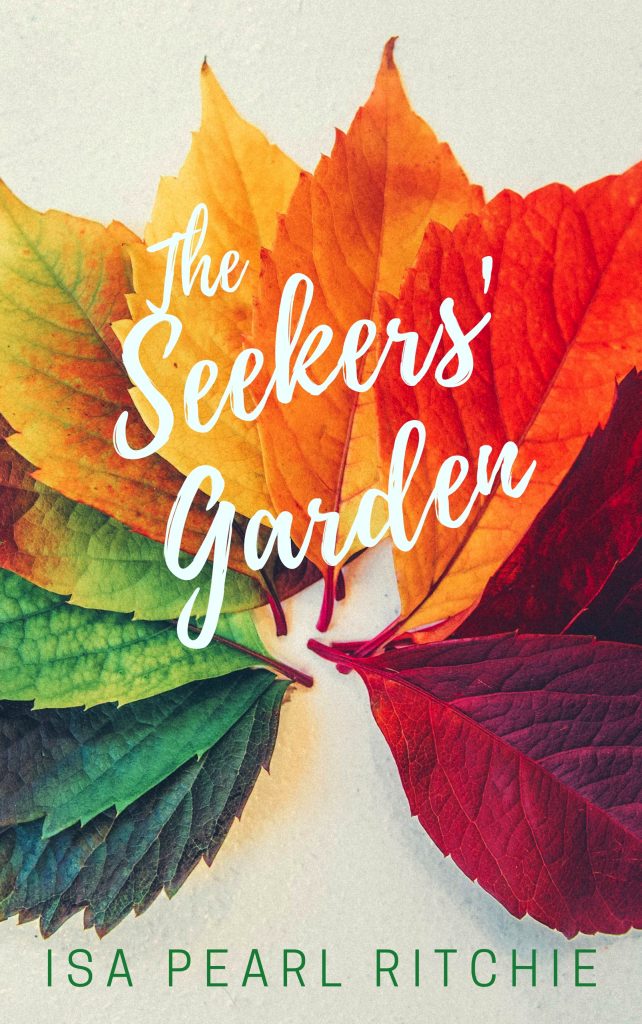 If you stand still for long enough, the past catches up with you…
Leaving behind the fragments of her old life, Marcia Reed-Wilton crosses the world to return to her dilapidated childhood home and dig up the weeds of the past.

Next door, Mrs Everglade struggles to maintain her independence in spite of her increasing frailty.

Sixteen-year-old Lea escapes into her poetry to cope with depression until meeting Alex, a much more potent distraction.

Meanwhile, Iris leaves her career on a whim to embark on an adventure of an entirely different kind, moving to a sleepy seaside town to write a book.

On the other side of the world in opposite seasons, Zane, vocalist for a popular band is haunted by cryptic dreams that lead him home.

A few twists of fate and a buried secret leave these individuals deeply and unexpectedly connected.

The Seekers’ Garden is a lush and captivating exploration of loss, growth and spirituality, revealing the way connections form in unlikely places.

If you stand still for long enough, the past catches up with you. The phrase came back to Marcia Reed-Wilton as inevitable as the sun rising. She took one final look around her home. Her eyes came to rest on the wall clock, its antiqued second hand obscuring the view of the first as it struck VII. She listened to its grandfather in the hall chime seven times as she assessed the things that were left in the room, relics from the past twenty years of her life: her mahogany furniture and beautiful hand-sculpted pottery in bright turquoise, olive, tamarillo, butternut, all of these familiar, comforting things.

William’s possessions were still scattered deceptively here and there: car magazines on the coffee table, overcoat hung next to the door. She was afraid to touch them. Anyone looking at the scene would assume it was a home in which a man and a woman lived. How wrong they’d be; he hadn’t lived here for months, and she hadn’t felt alive since his death.

She said goodbye to the Impressionist paintings she loved and that he had gently mocked although he had surreptitiously relegated his grandmother’s flowery watercolours to the guest room and hung her bolder tastes on the proudest walls in the main living spaces. She focused her attention down at the suitcase at her feet, packed with bare essentials, tools and trinkets small enough to carry halfway around the world. Something stirred in the back of her mind.

Marcia had dyed her long, dark hair with bright red henna, leaving the grey streaks a striking garnet. She brushed it away from her tear-stained face, walked towards the cherry-wood hallway table, pulled open the lowest drawer, and extracted a small wooden box. She opened the lid, revealing beautifully painted cards. She cut the deck and stared for a moment at the picture: a young, vibrant being playing a pipe and walking merrily off a cliff over a ravine, a dog following happily behind. The card was numbered 0, the Fool.

An obviousness dawned on her, painted lavishly over the calm façade she had been wearing these past months. At some point, fear becomes irrelevant. You have no choice but to trust the universe and take the leap: surrender. It was something she had been telling herself for years, but at that moment, it was real. She looked back down at the printed card in her hand. This is the first step in a journey. She spilt the cards out on the floor and selected the twenty-two major arcana. Then she quickly put them in order, back in the box, and into her bag as she heard the horn of her taxi sound outside. She hurried out into the thick London summer night, all sentimentality forgotten.

Marcia clutched her boarding pass tightly as she walked through the terminal. She distracted herself by gazing at the horizon out of the wall-to-wall airport windows where she was confronted by a ghost. Every time she recognised his jacket, his cologne, his hair cut, she was faced with the impossible reality of William’s presence. For the first few months, she had seen him everywhere, as if her mind was reaching out for the familiar, trying to fill the space that he used to occupy, which was now a bottomless pit, a black hole that destroyed and consumed everything around it until she felt it was all she was. The figure stood at the airport window, silhouetted in a posture that was as familiar to her as breathing. Something irrational stirred in the back of her consciousness, hope that was buttery and light, but as he moved, the glitch in her mind vanished, and she was empty again. How long will it take…? She wondered, before all the pieces of me realise he’s gone forever?

She felt her nervousness building as she boarded the plane, flanked by blank-faced flight attendants. As she took her seat, the anxiety was unbearable. What about her herbs? What about the mail? She comforted herself in the knowledge that she had good friends who she could call upon, understanding friends who knew the importance of her leaving even if they could not understand her motive. They thought she was running away from her grief, and indeed, this did feel a bit like running away, but where she was going, she had no friends or comfort, nothing. She was not escaping the past but following her intuition, and, holding tightly to the last shred of sanity she had left, she was going to face her past head-on.

The inspiration for this book came to me one day as I was gardening in the front yard of an old family house. I was digging up old bottles and unidentified chunks of metal from decades past and it struck me that there was an apt metaphor here about the old baggage that families often carry and try to bury, but that burdens later generations. The idea came to me for Marcia, a character struck by sudden loss who crosses the world to confront her family’s past and finds herself in her old childhood home, digging up weeds. The weeds themselves are a metaphor for different kinds of emotional issues.

The characters and plot came together, sparked by my own curiosity about people in different life-stages, and about how people utilise spirituality to get them through hard times, and to help themselves to cope, grow and thrive.

I learnt a lot about character development when writing this book, and about how to weave multiple stories together to create one big story.

It surprised me how the characters seemed to appear in my mind, like imaginary friends with whole personalities. I also was surprised when writing this book how it almost seemed to flow through me at times, as if it came from somewhere else.

It’s a bit of a play on “The Secret Garden” but the relevance is that in this book, the characters are all seekers, they are all searching for something, for purpose.

Aspects of characters come from people I have known. They kind of get smushed together into their own person. One minor character is based on a friend and I let her name her character.

I think it has quite a few lessons and morals, not just one. There are lots of ways of looking at a situation.

I love the part when all the stories in the book converge into one big story.

Probably Mrs Everglade because she’s quite different from me. I find characters like that more challenging.

I have another book coming out soon, a non-fiction called Food, Freedom, Community, which draws on my PhD research into food sovereignty. I have a few other projects on the go but none are quite ready to share yet.

Isa Pearl Ritchie is a New Zealand writer with a PhD in social science. She writes novels for adults and for young people. Her novel Fishing for Māui was named one of the best books of 2018 in The Listener Magazine and was a finalist in the NZ Booklovers awards2019. She has also written articles for The Spinoff, Pantograph Punch and Organic NZ. Isa lives in Wellington. 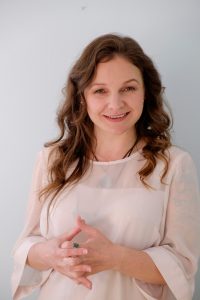 One Reply to “Spotlight & Author Interview: The Seekers’ Garden + Excerpt”