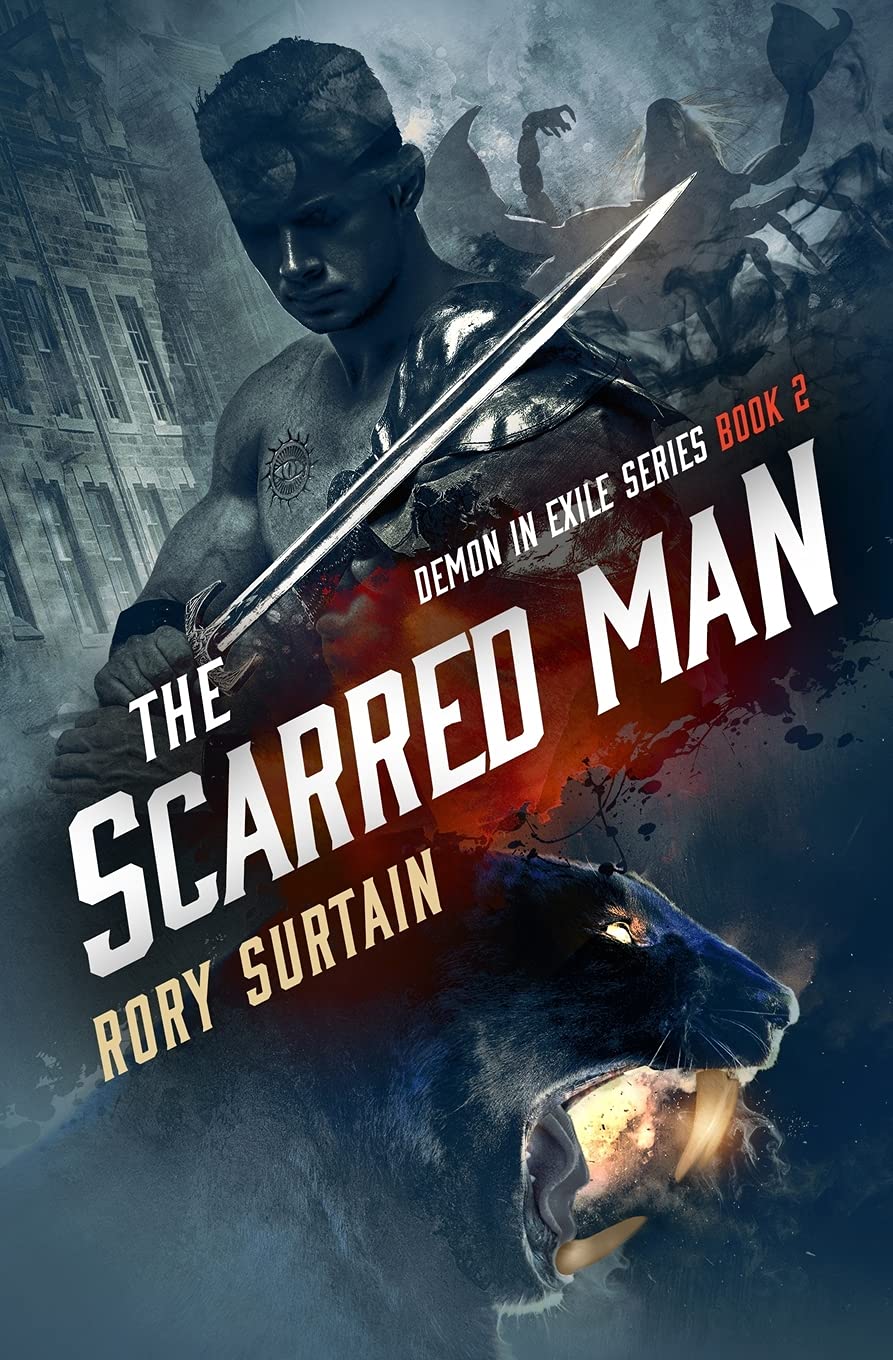 My district. My city. Murderhall.

Colivar is a Kingdom plagued by seemingly random attacks from the Infernal Domain. For centuries, the Order of the Vigil has fought to stem the demonic tide and preserve the Realm, but politics and uncivil wars have depleted their ranks. For reasons unknown, the High Prince of Hell has decided to lend them a hand in the form of a demon in exile.

In the City of Maidenhall, a demon-slayer arrives on a mission to solve the most vile of murders. He soon discovers the dangerous dark forces hidden beneath the surface of Colivar’s Capital and within himself.

In a world where nothing is as it seems, coming of age takes on a whole new meaning for a young man grappling with his inner demons as he battles the fiends that are plaguing his land.

The Demon in Exile Series offers a witty blend of pain-filled action and twisted drama in a series where the characters are as strong as they are flawed and striving to keep their own fragile humanity intact.

Demon in Exile, Book One

A demon in Exile. It wasn’t a gift. It was a message.

The Demon in Exile Series offers a fast-paced mix of paranormal and military fantasy. It’s a witty blend of pain-filled action and twisted drama in a series where the characters are as strong as they are flawed and striving to keep their own fragile humanity intact.

My district. My city. Murderhall.

The second book of the series brings us into the urban, fantasy setting of Maidenhall, where Ara Storm confronts the dark forces hidden beneath the surface of the Realm’s Capital City and within himself.

Sometimes, everything goes according to plan. I dread those moments.

In the third book of the genre-bending Demon in Exile series, deep in the jungles on the Realm’s eastern border, a Vigil Campaign becomes more deadly than anyone imagined. Struggling to control his inner madness, a demon-slayer finds himself in the worst of all possible positions as he confronts a clan of heretics and their demonic overlords.

In this genre-bending fantasy series, coming of age takes on a whole new meaning for a young man grappling with his inner demons as he learns to battle the fiends that are plaguing his land. 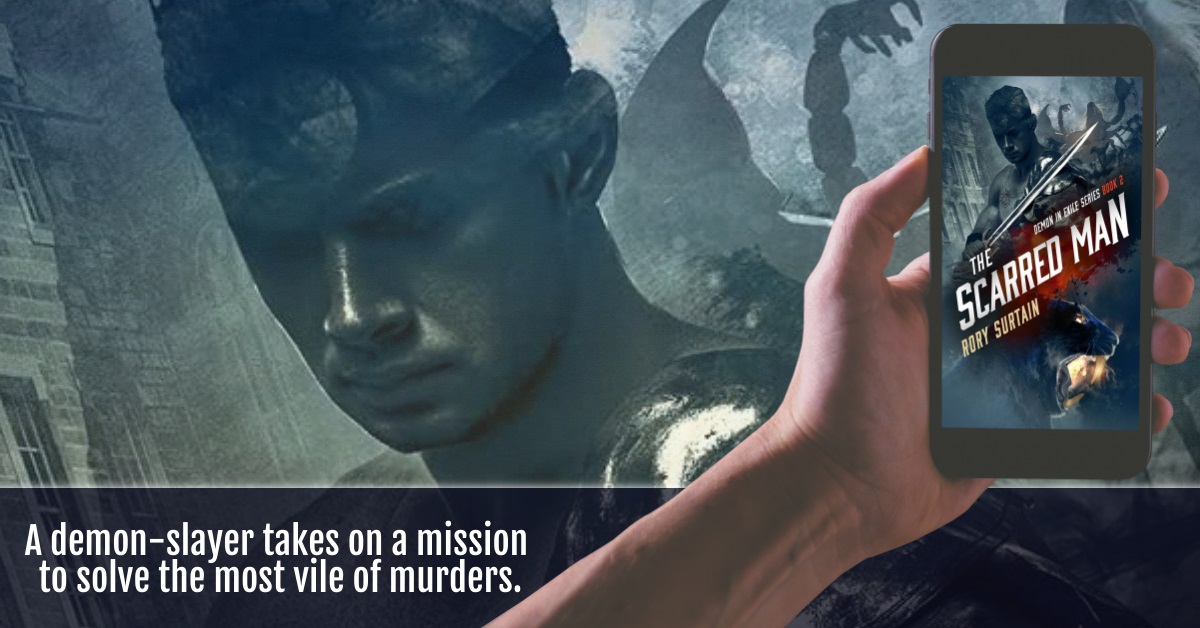 Durk left the docks and the dirty barge behind. Oblivious to his salty scent of fish and sweat, the owned assassin made his way up through the River District and into the capital city of Colivar. The trip upstream from the coastal city of Southport took a torturous fortnight to travel the two hundred miles, and he was sure that he could have walked it in half that time.

From his perch in the barge’s bow, Durk had often imagined shooting the plodding tow team dead, one by one, with his trusted crossbow in hopes that the barge owner would buy a younger, faster set of mules. Fortunately for Durk, his crossbow remained packed away below decks, and knowing the consequences of a failed mission kept him in good graces with the shipping company.

Maidenhall was a city of many faces, the riverfront docks being one with an organic perfume. Stevedores and river crews plied their skills to exchange cargo in all shapes, sizes, and scents: livestock, barrels of grain and fish, casks of ale, oil, and spirits, passengers, wood, textiles, and leather, to name just a few. The workers of this district tended to live south across the Barrens Bridge on the Bull River’s far side, an area famous for its laundries.

Hefting his heavy pack, Durk wended his way through the narrow streets en route to his meeting in one of the more mundane areas of Maidenhall. Entering ahead of the dinner crowd, he found a secluded table at the Loaded Wagon Inn, a local favorite on the edge of the Warehouse district, and ordered an ale or three while he waited. It wasn’t until night had fully descended that a woman in a long, hooded cloak approached his table. She was unremarkable in all ways except for her eyes, which were mismatched in color, one sky blue, one milky white.

“My regards to Boss Sarpa,” she said, taking a seat. “We are eager to conclude our business with the Coven.”

Durk didn’t object to the newcomer’s presence, but he didn’t like it either. She didn’t smell right and her self-assurance, her pretense of complete control, clashed with his present situation.

“Sarpa wasn’t given a choice, from what I hear, and I’m not so eager to please,” he replied.

“Come now; the contract is signed. We’re on the same side here. I’ve even brought you a bonus,” she said, sliding a dark sheath across the table.

Durk eyed the ornate dagger hilt with suspicion. “What’s this? My payment is due in Royal gold marks, not antiques.”

“Coin, of course, I wouldn’t forget.” She handed him a heavy pouch. “I offer the knife as a gift, that it might be sold back to us for an even larger reward, but only if you use it to kill the mark.”

Durk scowled at the woman’s new proposal. “Why don’t you use it? You know my weapon is the crossbow. You should have asked Sarpa for a daggerman to do the job.”

“The last daggerman sent was caught and executed in Stonnberg. Sarpa said you were more than capable,” she goaded him.

“I’m plenty capable but with my weapon. If you had offered me another crossbow, I still wouldn’t use it,” Durk replied, tiring quickly of the woman’s games.

“I’m not so thick as to suggest otherwise,” she said. “Use your crossbow, but if you get the chance, use the dagger before they draw their last breath. Certainly, you can disable as easily as kill, no?”

“Is the mark guarded?” Durk damn well knew the answer to that.

“Of course, heavily. But the target is young and won’t have the experience needed to avoid someone of your skills.” The woman stood to leave. “The offer is before you. You have been paid. If you ever want to be free of Sarpa, you know what you need to do.”

Durk thought about that for the time it takes to drink yet another ale, and he left in search of a daggerman. 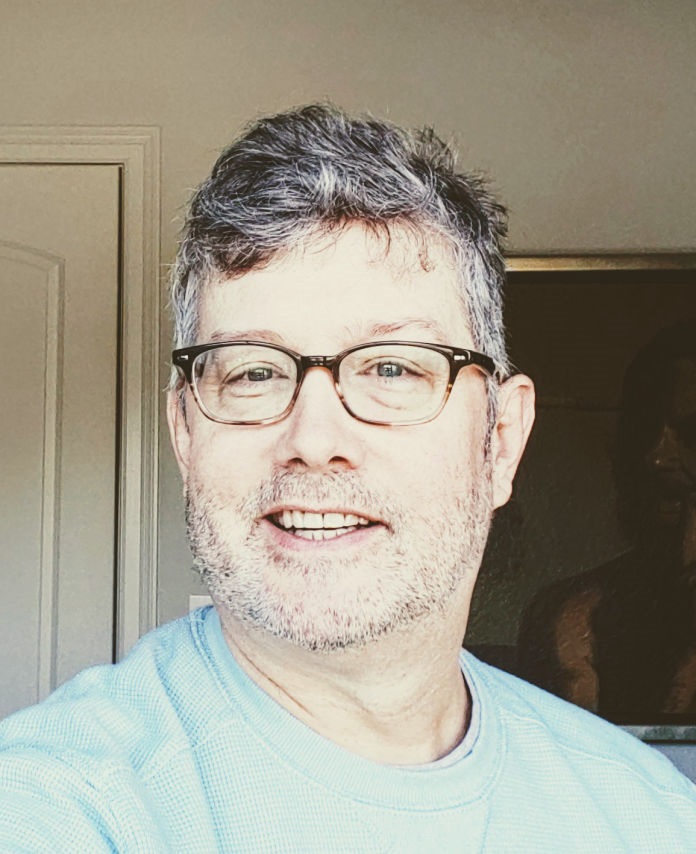 Rory Surtain is a 2020 debut novelist. They reside on the Gulf Coast of the USA, dodging hurricanes, airports, and alpha-personality domestic cats. After a few decades of waxing creative for the technical corporate world, freedom has taken the form of fitness, Irish whiskey, full-time writing, and independent publishing. Translation: It was either this or learning to golf.

Toting a boundless imagination, Surtain is an avid cloud photographer, art collector, and long-time reader of Historical, Sci-Fi, and Fantasy Fiction. He is in it for the art, the escape, and the chance to entertain.

One Reply to “Book Blitz & Excerpt: The Scarred Man, by Rory Surtain”