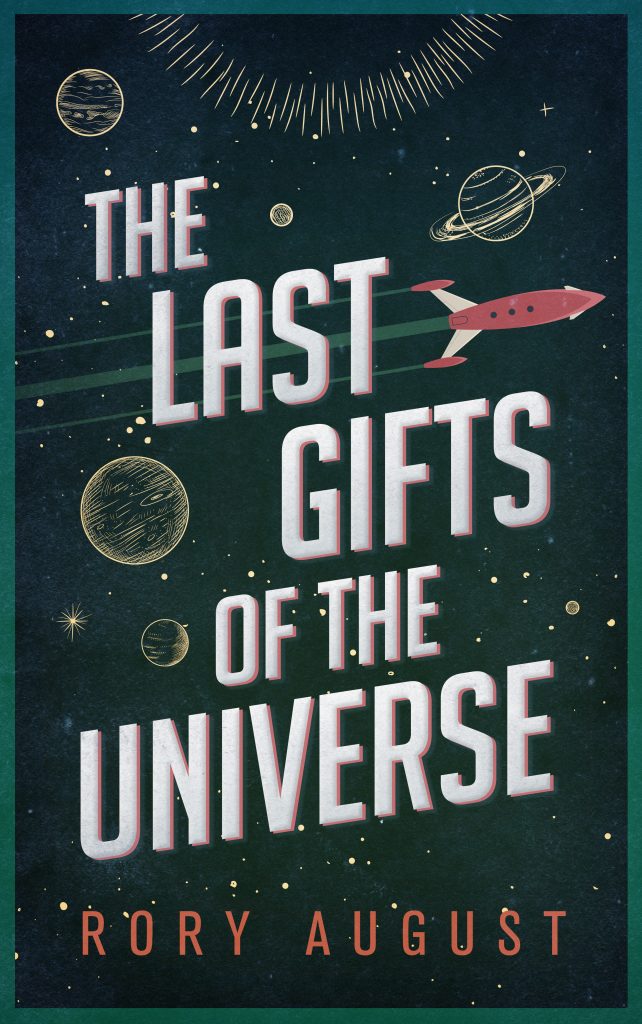 When the Home worlds finally achieved the technology to venture out into the stars, they found a graveyard of dead civilizations, a sea of lifeless gray planets and their ruins. What befell them is unknown. All Home knows is that they are the last civilization left in the universe, and whatever came for the others will come for them next.

A search for answers.

Scout is an Archivist tasked with scouring the dead worlds of the cosmos for their last gifts: interesting technology, cultural rituals—anything left behind that might be useful to the Home worlds and their survival. During an excavation on a lifeless planet, Scout unearths something unbelievable: a surviving message from an alien who witnessed the world-ending entity thousands of years ago.

Blyreena was once a friend, a soul mate, and a respected leader of her people, the Stelhari. At the end of her world, she was the last one left. She survived to give one last message, one final hope to the future: instructions on how to save the universe.

An adventure at the end of a trillion lifetimes.

With the fate of everything at stake, Scout must overcome the dangers of the Stelhari’s ruined civilization while following Blyreena’s leads to collect its artifacts. If Scout can’t deliver these groundbreaking discoveries back to the Archivists, Home might not only be the last civilization to exist, but the last to finally fall.

It started with a question: what does any of this really mean?

It was 2020; Covid had the world panicked and stuck indoors, I’d missed out on my own graduation from my Master’s, my brother’s graduation from high school, and I had some family in the hospital. Friends lost jobs and couldn’t make rent, and everyone’s plans were falling through left and right: friends’ plans, family’s, strangers. It was a pretty harrowing time. What can the average person do in the face of so much uncertainty and sadness? What is there to dream for, when it feels like the world is falling apart? Those are the questions that evolved out of the first one, and sparked the whole book for me.

A lot! I am really lucky to have friends in various fields of study: biology, astrophysics, philosophy, psychology, AI – I got to pick a lot of brains to bring some veracity to this little story. Learning about the intricacies of modern Artificial Intelligence research was a highlight. I always envisioned AI as an intelligent, sentient helper appearing as a holographic entity (thank you, Halo and Mass Effect). Turns out that while that is certainly a facet of AI research, much of it involves creating tools to help humans in more subtle ways, like generating original art or making coding easier. AI isn’t an enormous element in Last Gifts, but its few appearances benefitted immensely from looking at current research.

There’s a paradigm in writer’s circles that characters will act of their own accord, and that was definitely the case with Last Gifts. My antagonists pulled smarter stunts than I originally intended, meaning my heroes had to be smarter, too. Every character really came out to play with their natural talents, and they left me no way to pull punches or allow contradictions. I originally envisioned heroic battles – who doesn’t! It’s a space story! But my main character, Scout, was adamant in their being a geeky archaeologist with no combat skill whatsoever. It led to the story being different than I planned, but it is absolutely better for all the ways I didn’t plan it.

I don’t know if spoiler is quite the right term in this case, but I do think the title’s meaning is one best left to reader interpretation. I will say that the title came to me right along with the original idea, and is completely unaltered from that first flash of inspiration.

While I know it’s sometimes frowned upon to be “moralizing” in fiction, I did write this book with something that I hoped readers might be able to take away into their real lives. I have been surprised – and delighted! – however, to find that different readers are taking different things from the story.

I think an author works with their own ideas, their own internal story, but once that story is loosed on the world it transforms into something a little different. Readers bring their own ideas and stories to the experience, and something new can be taken away. I’m really pleased about it all.

There is so much I like (and so much I wish I could make better) about Last Gifts. One character that always brought me joy, though, was Pumpkin, Scout’s cat companion. I did my best to make Pumpkin everything a cat is: sleepy, jumpy, playful, spontaneous, loud, and very, very opinionated. Even though he’s a cat in space, he seeks things all cats desire: pets, play, personal space, and food, of course.

I do think Scout was the challenge of this book. The story is told through their close, personal lens, which means every part of the narrative is colored in with their perspective. It’s always hard to balance a first-person-narrator’s opinions with the actual facts of the story. It took a couple tries to get their voice right, and a couple more tries to figure out what they would really do in various situations, but in my mind the struggle was worth it. I hope Scout speaks for themself!

Working on the next book! Last Gifts does not have a sequel planned, but I am working on something new (and a little different).

Unfortunately, I’m not far enough along that I’m ready to share details just yet, but if the cosmic backdrop of dread works for you in Last Gifts, you might be interested in what’s next!

Author Bio:
Rory August is a speculative fiction writer, animal lover, nature walker, and all around nerd. When they aren’t writing stories about lonely voyages through space, you can find them playing video games, the guitar, or a myriad of TTRPGs. They live in woodsy New England with their cat and husband. The Last Gifts of the Universe is their debut novel. 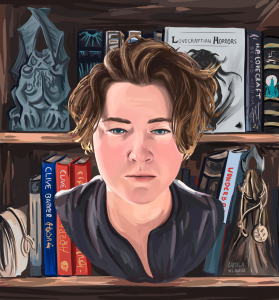 2 Replies to “Spotlight & Author Interview: The Last Gifts of the Universe + Giveaway”