The time has come for Kai and her friends to make a final stand, and as the war begins, everyone must choose a side. But with the lines between good and evil more blurred than ever, Kai has to stick with her convictions and follow her heart. Kai’s first priority is to free Finn from the clutches of Tessa Raven, who has become no better than the evil she once fought against.

As Kai reluctantly turns against the people she once considered her closest friends, she becomes entangled in a struggle with a mysterious new power that threatens to destroy what is left of Finn and change everything she thought she knew about the planet.

Meanwhile, Charlie and Aric remain behind and help Raven breach the underground world of the Science Council. All bets are off as they prepare to cross every line and burn every bridge in an attempt to claim the world that has abused them for too long. 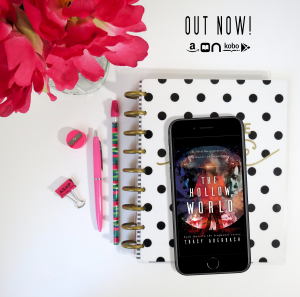 Too many missing coefficients.

Raven ran her ungloved hand over the smooth, cool metal of the missile. She needed it to shatter the barrier—opening the way down so that she could destroy the Science Council. She knew enough about terminal ballistics to be able to calculate its exact impact on the crystal tube that led to the Science Council’s underground lair when it struck. The only problem was that the makeup of the tube was so unique…

“It’s a thing of beauty, Raven,” Sayers commented. He stared at her hungrily from his spot amongst her people, seeking approval.

“The only problem is, because the substance we’re striking has never been studied, there’s no way to tell if it will work without testing it. Our likelihood for success is still low.” She glanced around the interior of the Dome of Artifacts, taking in the relics from the original Earth with an appreciative eye. “And I’m not willing to risk destroying all of these artifacts by blowing up the whole place when the chance of it failing to destroy the tube is unacceptably high.”

Her soldiers stood around her, silent, waiting for her suggestions. She’d been trying to puzzle this out for three weeks, and the answer was painfully obvious: a last straw plan. And yet, she hesitated, because there was a small part of her that wanted to try every other possible scenario before resorting to what she knew would work, even though she knew that wasn’t logical.

“We’ll need something softer,” she said at last. “Something that will turn to mush on impact rather than ricocheting off the crystal and taking out this whole place. Also, we’ll need something much bigger… heavier.” She scrutinized the crystal tube housing of the elevator platform that had, thus far, been impossible to penetrate.

“Would you like us to try crafting a hollow missile that’s twice this size?” asked Larson. “We’d have to melt this down first.” He gestured toward the missile they’d taken three weeks to craft and painstakingly calibrated.

The time to divulge her last straw plan was now. She knew a missile wouldn’t work. A rain of bullets wouldn’t work. But she happened to have a special tool—a former friend who could run at the speed of a bullet and who was close to two hundred pounds.

A human body hitting the tube at that speed would spread adequate weight over a large enough surface area to crack open the entryway to the Science Council’s underground world like an egg. Also, a body would explode upon impact, resulting in a mostly liquid byproduct, causing minimal damage to the artifacts.

Finn’s sacrifice would save the planet.

Her first scholarly article, published in Language Magazine, was about the value of active, creative learning in science.
On the fiction side, Tracy’s work has been featured in the online literary journal Micro-horror, The Writing Disorder fiction anthology, and the “(Dis)ability” short story anthology, in addition to her novels.

When she is not teaching or writing, Tracy is usually reading or spending time with her family. She lives in New York with her husband and sons.