This blog tour is organized by Lola’s Blog Tours. The blog tour runs from 10 till 23 January. See the tour schedule here. And check out the giveaway at the bottom of this post. 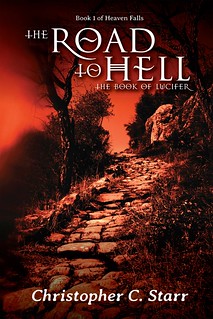 Blurb:
My name is Lucifer and I was first…

…and, yes, I am that Lucifer. Fall from Heaven, Prince of Darkness, ruler of Hell, Satan, the Devil, the Adversary, and a thousand other names.

Forget what you think you know. You’ve never heard this story before—not from me. Others have tried. None of them got it right.

See, I don’t want you.
I’ve never wanted you.
I want Him.

Everyone else is just in the way. 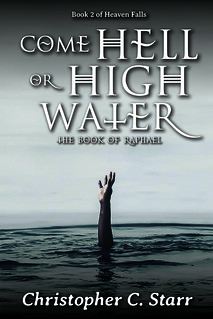 Blurb:
My name is Lucifer…

I told you my story in The Road to Hell. It was only the beginning.

Now the war in Heaven is over; the damned souls have fallen. All is as it should be. But Heaven is a fractured, broken husk. The Host is silent. The angels do not sing. The Father does not speak. All of it is frozen. Dying.

Except for Michael. Michael the Archangel is busy hunting. Everyone.

And I’m in Hell. This horrible place is a living cauldron of agony that engulfs the damned and burns them for eternity. And in the midst of all this chaos is me. But don’t despair: this is just a means to an end.

A means to The End.

The Father made a mistake and I’m going to make Him end it. Because I know what scares the Father. And when you know what someone fears, there’s no limit to what you can make them do.

My name is Lucifer and I will be the last. 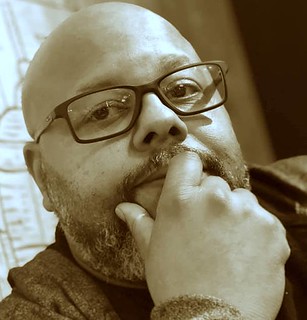 About the Author:
Christopher C. Starr is the author of The Road to Hell: The Book of Lucifer, the first novel in the Heaven Falls series. These stories examine God’s relationship with Heaven and Earth, told through the eyes of the angels. The next book in the series, Come Hell or High Water, will be released December 2020.

Chris makes it a point to look at the dark side of his characters, both heroes and villains, and his work explores the “grey”—that place where good and evil come together in all of us.

When he’s not writing, Chris enjoys comic books and movies, staying away from cemeteries, and poorly participating in P90X. He lives in Austin with his wife, two kids – the Boy and the Honey Badger – and a pack of dogs. You can check him out at http://christophercstarr.com or join the conversation at https://facebook.com/groups/heavenfalls 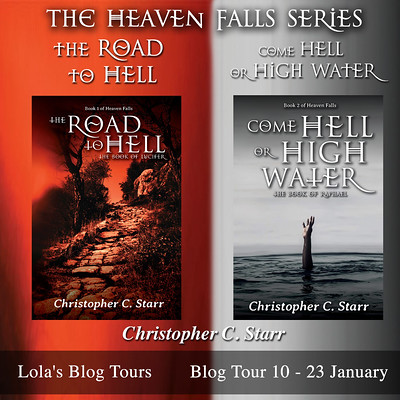 There is a tour wide giveaway for the blog tour of The Heaven Falls series. One winner wins a signed set of both The Road to Hell and Come Hell or High Water. US and Canada only.For a chance to win, enter the rafflecopter below:
a Rafflecopter giveaway