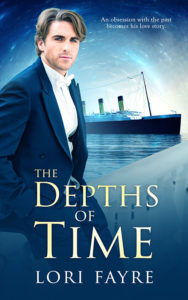 The Depths of Time, by Lori Fayre

An obsession with the past becomes his love story.

Obsessed with RMS Titanic from a young age, Lucas Thompson has spent his life studying the shipwreck and turning his passion into a career in marine archeology. But, on the one-hundred-year anniversary of the voyage, he’s drawn to the ship’s resting place by a strange sonar ripple that hurtles him back in time. Luke wakes in the year 1912 as a passenger on the grandest ship in the world.

It’s there that he meets Quinton Hawthorne, the man who sacrificed himself to save passengers during the sinking, including Luke’s great-grandmother. He also comes face-to-face with Lucinda Hughes, the very woman who raised him on her stories of the ship. With his inside knowledge of the impending disaster, Luke feels a responsibility to change history and develops a plan to save the doomed ship and its passengers.

Things quickly fall apart as Luke begins to fall for Quinton, knowing that it can only end in heartbreak. Though he’s determined to save Quinton, he’s also faced with a dilemma. Should he save the ship or allow destiny to play out?

Lucas Thompson took a deep breath, allowing the salty sea air to penetrate every inch of his being. As the ship bobbed gently along the waves, Luke knew that this was where he was meant to be. He closed his eyes and stretched out his arms to let the fine spray mist over his face and soak into his dark gray T-shirt.

“Reliving a movie moment, are we?” a voice said behind him. He turned to see Kyle Stanton, Master of the Vessel, standing there with his hands stuffed into his coat pockets. Kyle was an average-looking man, with his dark-brown beard and constantly mussed hair. He wasn’t very tall, but he was strong and seemed to take every opportunity he could to prove so.

“Just taking in the air,” Luke replied. Kyle raised an eyebrow at him.

“Do you mean the nearly forty-degree air?” He began shrugging off his thick jacket. “Come on, Luke. You know better. I can’t have the head man getting sick on me.” Luke rolled his eyes but welcomed the warmth when Kyle placed his coat over Luke’s shoulders. The amount of cologne lingering in the fabric nearly choked him, but he endured it, if only to save Kyle’s feelings.

“Being out here clears my mind. Besides, there’s a whole team of people, and any one of them could take my place on Alice if they needed to. They’ve all been properly trained.” Kyle wrapped an arm around Luke and began to lead him down into the ship. He stopped at the base of the steps and turned to look at Luke.

“This is your expedition,” he said sincerely. He reached up, almost as if he wanted to touch Luke, but stopped himself. “You’re the heart and soul of this trip. You and this crew have been good to me over the past couple of years, you know. I’d follow you anywhere.”

“And what better opportunity to prove that than this wild goose chase?” Luke laughed and handed Kyle his jacket. “Thank you. I’m really glad the gang’s with me on this.” He turned to go to his room, the grin never leaving his face.

Luke pushed the door to his quarters open, shoving at it with his shoulder to widen the entrance. He’d been having to slip in and out of the narrow opening due to the stacks of boxes piled all around the room. Scrolls of maps and schematics littered every surface and boxes of records were stacked so high that Luke feared a paper avalanche might happen at any minute. Even the bed was buried somewhere under the journals and books. As much as he would like to excuse the mess as part of the expedition, both he and his friends knew better.

This was Luke’s collection, formed over the last eighteen years. It was his life’s work, which had started when he was only eight years old. Luke crossed the room and looked over his belongings, eventually coming to stand in front of the culmination of it all—his maritime archeology degree. He smiled sadly.

“This one’s for you, Gam.” Next to the degree hung an old black-and-white photograph of his great-grandmother, Lucinda Hughes. It had been taken back in the thirties and showed Lucinda posing on the beach, a soft breeze lifting her curls and a dazzling smile lighting up the camera. Luke touched the frame, then backed away. He had a lot of work to do before they reached the site. 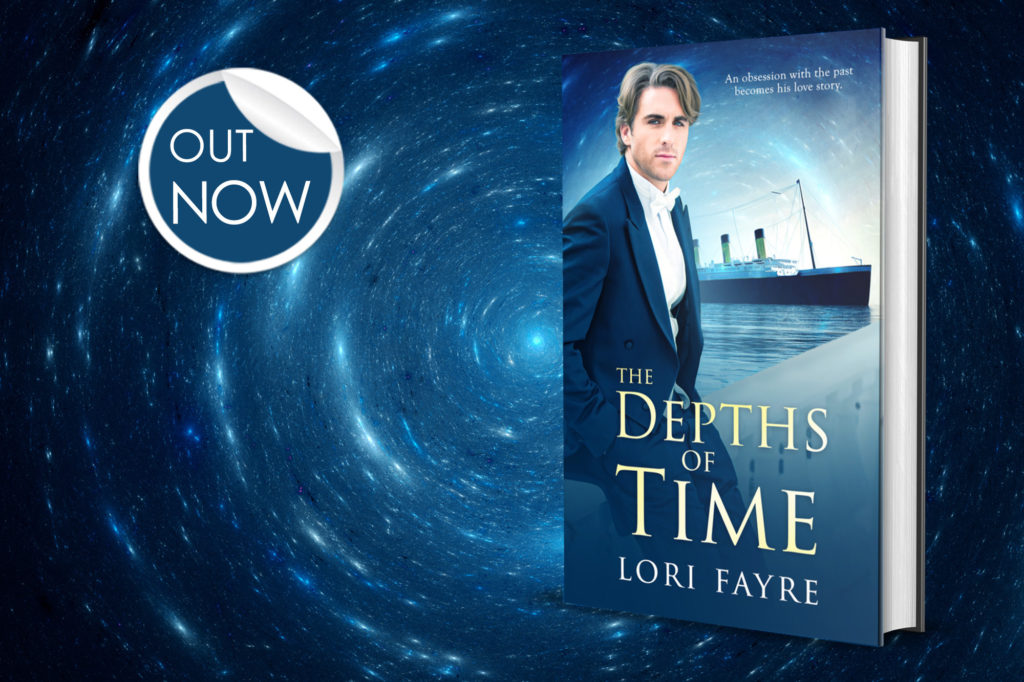 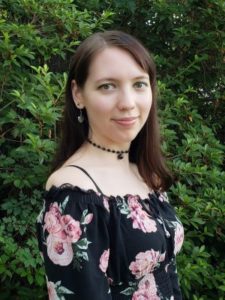 Lori Fayre was born and raised in a small South Georgia town. Her debut novel, “The Devil’s Maverick”, was a novel nearly six years in the making. An obsessive consumer of romance, Lori knew it was the only genre for her. When she’s not writing, she enjoys reading, drawing, or binging Hulu with her husband and Yorkie.

Notice: This competition ends on 5TH October 2021 at 12am EST. Competition hosted by Totally Entwined Group

One Reply to “Book Blitz & Excerpt: The Depths of Time + Giveaway”