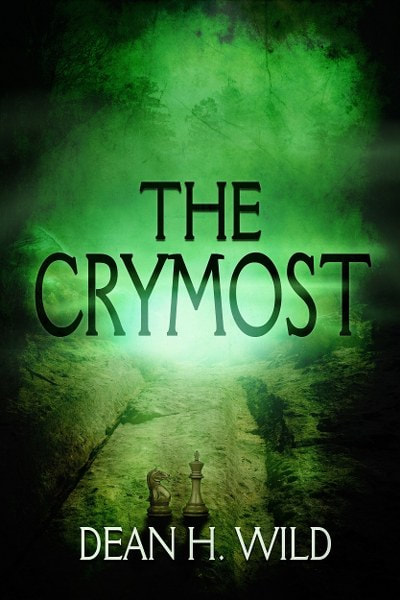 The town of Knoll has a dark secret…

A pact made over fifty years ago to protect the town has expired and a slumbering evil is about to awaken in a sorrowful place just outside of town, The Crymost.

When the last surviving resident of the pact is murdered, it’s up to Mick Logan and a small group of friends to decipher the mystery left behind.

Long-kept secrets will need to be unearthed before the entire town succumbs to the will of a powerful stranger who works hand in hand with the hungry entity crossing Knoll’s borders, invading its homes and executing a soul-draining grip on its citizens.

Join Mick Logan and his small band of friends as they battle The Crymost!

Luck is a thing that comes in many forms.
The phrase popped into Mick Logan’s head as he climbed the retractable steps into the attic. Hemingway, right here under the shapeless veils of insulation drooping from the underside of his roof and for no good reason other than it might have something to do, vaguely, with the task set before him. Of course, that would make it luck comes in the form of a box. And boxes there were in this narrow third floor area. Stacks of them on the dusty plank floor, each one marked in Judy’s neat handwriting.
He gazed at them, hands on hips. It seemed like such a simple task, to go home, empty the clutter from few cartons and take the empties back to the village hall to use in the clean-up. Looking at them, however, invoked a prediction, a poor man’s premonition of sorts, in which Judy pointed out displaced picture albums and stray fondue pots and asked what in the world he had been thinking. He listened to the unseasonably strong May wind whoop around the eaves outside, and he thought about going back into the morning light empty handed. Maybe come up with another solution to the box problem, one that didn’t involve the controlled and sensibly charged wrath of his dear wife. He still had a few days to get the Village Hall cleaned out before the big vote. And maybe if he checked with Copeland’s gas station again he’d come up with some boxes because he was pretty sure Roger Copeland was holding out.
But things didn’t get done by waiting. It wasn’t how the city-dwelling Mick Logan ran his classroom all those years ago and it wasn’t how the small-town Mick Logan ran his village maintenance job, either. He bit down on his lower lip, harder than usual because it brought a dull flash of pain, and he gave the attic another, more intense once-over. A box caught his eye, a reddish-colored carton with only a corner showing behind the greater bulk, like a shy child shuffled to the back of the crowd. For some reason it seemed like a good place to start.
He dragged it into the open and felt ambushed by recognition as he brushed ten years’ worth of attic dust from the counter-folded flaps at the top.
Written there in his own hand—Classroom.
No revelation, no excitement. Just the last box he’d picked up from the school in those numb and hazy days surrounding the move from Royal Center to Knoll. His hands seemed to slow down as they undid the flaps and folded them back. He considered the jumbled contents with dull reluctance, drawing a mental breath, and then began to pick through the artifacts of his previous working life.
Textbooks and lesson plans were the bulk of it: Intermediate Grammar, Introduction to Great American Literature. A desk plaque reading Mr. Logan was stuck in next to a rolled-up poster of twentieth century authors and poets. He ran his fingers through an assortment of desk pens and paperclips. Touching them was like tapping selected seconds of the past, bits of his time at Lincoln Middle-High trapped inside flint-strikes of memory.
Pushed down next to a faded desktop calendar was a small bag made of sleek gray velvet, and he pulled it out before he could reason his way through whether this was a good idea or a bad one. He let it rest in his palm and considered its drawstring top. He was into it this far, might as well finish it. He opened it and dumped the contents into his waiting palm, his heart thudding with a slow, deliberate cadence.
The items clicked together in his hand, two chess pieces—a horse head knight as gray as the bag it came from and a darker king, each carved from a veined mineral, highly polished. The wind keened across the eaves as he thumbed each piece with slow, thoughtful strokes.
“Robbie Vaughn,” he said at last.
His voice was barely above a whisper.
The house settled around him. Outside, something crashed over in the wind and rattled with a tin bucket sound. His flesh rippled beneath his Village of Knoll uniform shirt. His fist closed over the chess pieces.
The voice awakened in his memory belonged to one of the brightest, funniest kids he’d ever known. “That’s a checkmate, Mr. Logan.”
He made an evaluative, almost congratulatory smile. Despite the remembered voice, his barriers put up long ago against all Robbie Vaughn matters were holding, and he could not let these psychological levees be breeched by this discovery. No images came—not the upstairs school hallway drenched in merciless March sunshine, not the funeral home and its own unsympathetic harshness. All contained, properly cinched and calibrated. Good.
One of the carton’s seams split with a dry popping sound. It made him jump. Books spilled onto the floor. The remainder of the chess pieces, stacked in a loose jumble for the last decade, rolled out and clattered like gumballs. The wind slammed against the house again. If he were the type to believe in omens, he might have found a reason to be uncomfortable under his own roof just then. Instead he dealt the carton a hopeless swat. No longer of use to him. But stacked in the shadows behind it were more boxes. And they were empty. Luck, in one of its many forms.
Before taking the empties downstairs, he repacked the classroom stuff into a new, stronger carton. All but the velvet bag containing the knight and king which he put in his pocket next to his car keys. There was some type of comfort in the act. 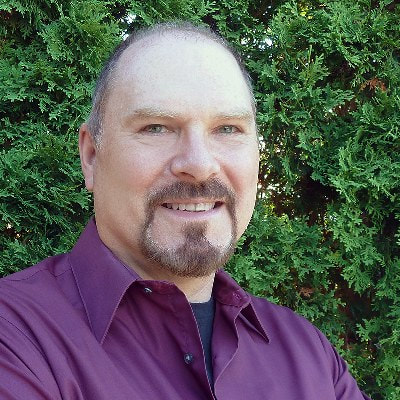 Dean H. Wild grew up in east central Wisconsin and has lived in the area, primarily in small towns surrounding the city of Fond du Lac, all his life. He wrote his first short horror story at the tender age of seven and continued to write dark fiction while he pursued careers in retail, the newspaper industry and retail pharmacy. His short stories have seen publication in various magazines and anthologies including Bell, Book & Beyond, A Feast of Frights, Night Terrors II and Horror Library 6. His novel, The Crymost  is an exploration of tradition, superstition and encroaching horror in a small Wisconsin town. He and his wife, Julie, currently reside in the village of Brownsville.