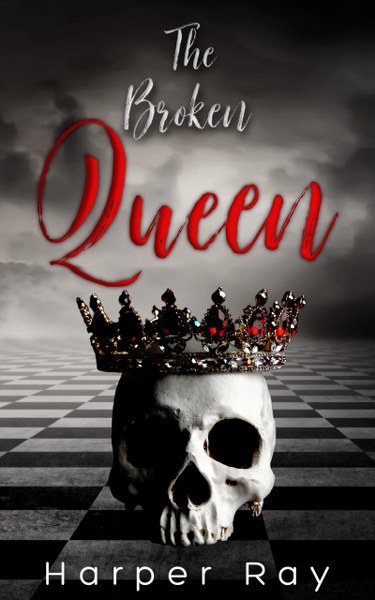 When I was a little girl, I used to dream. I visualized having wings and thought that I could escape the harsh sins buried deep within the walls. The truth was, they couldn’t be wiped. They were ingrained into my memories, sucking the breath out of me every time I dared to remember.

Then came him, my dark prince. We were intricately woven together so that we were never torn apart until he couldn’t handle the burdens placed upon his shoulders. Suddenly, I’m being forced to walk down the aisle to a man I don’t love all because my prince decided he wasn’t strong enough to fight.

Time was running out and I was ready to succumb to the darkness. I’d heard rumors that he was coming back, but I was about to be chained to another. I trusted that my prince was ready to finally take his place upon the throne. I only hoped he was ready for war.

I’m going under and this time there is no one to save me. I’m drowning, screaming for help but no one hears me. No one sees me. The water is consuming me, filling my lungs making it harder to breathe, and harder to fight. You used to help me escape, but the day is bleeding into night, and the darkness is swallowing me whole.

The crown weighs me down. I put a smile on my face that doesn’t quite reach my eyes, but no one sees behind the lies. A Queen with a doomed destiny because you left me to live in a broken world. We were supposed to go through this together as King and Queen, but you chose another path.

Now, I’m forced to go down a road I don’t want. I’m forced to marry a man I don’t love all because my soul mate isn’t strong enough to fight. I walk on eggshells when the curtain is closed so my kingdom won’t see the broken queen. My momma raised me to smile even when the light is dim, but the light disappeared the day she was murdered. You remember that day, don’t you? Of course you do. That was the day you told me I would never be alone again. Another lie. What was once a safe place has been shattered into a million fragmented pieces. But the sins of this estate are built on solid ground and impenetrabile. Even a tornado couldn’t wash them away.

Every night I pray you’ll come back for me, but as the day drags on and the months turn into years, that hope dwindles. I know I should run far away and never look back, but there is something keeping me here. You and I both know what it is. I’m chained to this world, and it will take me down to the darkest pits of hell, but I refuse to sacrifice my daughter because of past mistakes.

You may no longer love me, but I ask, beg of you to come back for her. Because while my heart is shriveled in despair, there is still hope for her. Our princess has so much light. She shines in the darkness and refuses to let anything get her down. Even him. She is strong for me, while I am not strong for her. So please, come get her before it’s too late. Before I’m forced down the aisle to say I do. Because once that day comes, we will no longer belong to you. Instead, we will belong to him.

As an author of young and new adult romances, Harper has a passion for writing stories that readers enjoy reading over and over again. Her imagination is the creative tool that helps her come up with several intriguing story lines that she hopes to share with the world. Her fans call her the “page turner author” because with each story she sucks the readers in, instantly hooking them from page one.

If Harper’s not busy writing her next book, she’s either digging into a sappy romance novel, binge watching Harry Potter or going to school full time.