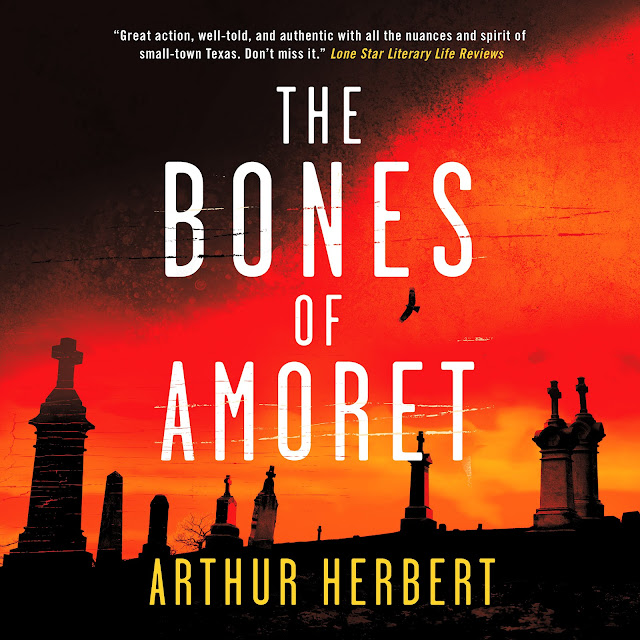 Amoret, Texas, 1982. Life along the border is harsh, but in a world where cultures work together to carve a living from the desert
landscape, Blaine Beckett lives a life of isolation. A transplanted Boston intellectual, for twenty years locals have viewed him as a snob, a misanthrope, an outsider. He seems content to stand apart until one night when he vanishes into thin air amid signs of foul play.

Noah Grady, the town doctor, is a charming and popular good ol’ boy. He’s also a keeper of secrets, both the town’s and his own. He watches from afar as the mystery of Blaine’s disappearance unravels and rumors fly. Were the incipient cartels responsible? Was it a local with a grudge? Or did Blaine himself orchestrate his own disappearance? Then the unthinkable happens, and Noah begins to realize he’s considered a suspect.

Paced like a lit fuse and full of dizzying plot twists, The Bones of Amoret is a riveting whodunit that will keep you guessing all the way to its shocking conclusion. ​

How much of your own personality do you share with your characters?

In both of my first two books, the main characters are exaggerated versions of me.

In 2012, I dealt with a career-threatening case of burnout. I had a boss at the time who rewarded my professional success with more work disguised as opportunities. When my crash and burn came, I went back and looked and realized that I had gone to the hospital or office for 89 straight days, either to work at the hospital or to work on administrative duties or my research. Weekends and holidays were spent playing catch up all day and night instead of relaxing and recharging, and I hadn’t taken a vacation that didn’t have a work component in seven years. When you don’t know how to say the words, “I can’t take that on, I’m too busy,” and throw in a supervisor who treated young faculty members like cannon fodder, figuring that when they flame out and leave he could always just go get another one and plug them in to the vacant spot, that’s a bad combination. I managed to get my head screwed back on straight by learning how to say “no” to requests for my time, and by cutting myself some slack. In my debut novel, The Cuts that Cure, the main character Alex is also a surgeon who deals with these issues, but handles them in…well, I’ll just say a less constructive manner.

In The Bones of Amoret, the main character is a retired doctor in his eighties who’s being interviewed about some events that happened in 1982. He’s gregarious and grounded, full of wit and charm as he interrupts himself with asides about this or that character or series of events. My wife Amy says that’s exactly who I’m going to be at that age. She’s not wrong.

Do you start with plot or characters?

For both of my novels, I had the beginning and the end of the story in my head and a couple of milestones that I figured I’d want to hit along the way. Then I just started telling the stories and leaving it to my imagination to fill in the gaps. I trust the process enough that when it seems like the story wants to go in a different direction I allow it to do so.

I was gratified to find that Stephen King does the same. As an example, I read where Stephen King started Misery thinking it would be a short story or novella, and that he envisioned the ending to be a pan-in on Annie Wilkes hunched over a battered Underwood typewriter trying to mimic Paul Sheldon’s prose so as to keep the Misery character’s story line alive. Meanwhile, the reader’s attention would be drawn to a lampshade next to her that turned out to be made of Paul’s skin. As he got further and further into the story, though he says that Paul Sheldon turned out to be more resourceful than King had originally anticipated, and the story went the way that we all know and love instead.

What surprised you most about the publishing experience?

Easily the thrill I get when fans reach out to me. Every writer has nagging worries in the beginning that all their efforts, the hours and hours that go into writing a novel, are only going to result in a project that never makes it outside their immediate circle of friends and family. I heard Sylvester Stallone once say he was worried at the time he was making Rambo that it was going to be the world’s most expensive home movie. I can absolutely relate to that, and frankly if that’s where things had stopped after the first book I don’t know that I would have followed up with a second. But with the commercial success of The Cuts that Cure, I’m happy to say that it seems I’m slowly chipping away at building a following among the general reading public. And when I get an email from a stranger, somebody who took the time to sit down and drop me a quick note saying how much they enjoyed this thing I yanked out of my brain, it’s just really, really gratifying in a way I wouldn’t have predicted at the outset.

What are the best and worst pieces of advice you’ve gotten about writing?

Hands down, the best piece of advice I’ve gotten is to write every day. It’s like a muscle, and if you don’t exercise it, your writing will suffer. I still have to do lots of scientific, expository writing for my day job (last time I checked I have 117 peer-reviewed scientific publications and about a dozen medical book chapters) so the writing I’m referencing doesn’t always get to be fiction, but it’s rare that a day goes by without my working on one or the other. I do set goals for my fiction writing, though, and I usually try really hard to hit 5000 words a week. Hitting that goal is aspirational, and it isn’t always easy. Witness the fact that as I’m writing this it’s a Saturday morning and I’ve been working on book stuff since 4:30 am. The difference between working on things like this interview, though, and the old days when I spent my days off at the office catching up on, say, an overdue policy statement for the Hospital ad hoc Committee for Prevention of Ventilator Associated Pneumonia in the ICU is that I actually find this to be a source of enjoyment and relaxation.

The worst advice I’ve gotten is about marketing free materials. Many if not most of the advice one will get on book marketing in 2022 concerns the use of “reader magnets,” i.e. those giveaways in which you give a book to a reader for free in return for their subscribing to your mailing list. I did so aggressively at first, accruing well over 2000 emails on my subscriber list at one point. I was disappointed to find, though, that those names rarely translated to sales when the novels were subsequently released. I had much more success when I just gave the book away with no mandatory email sign up so that there were no expectations on either my part or that of the reader. Then, at the end of the free book, I just included a note saying, hey, if you liked this book feel free to sign up at the link to get my newsletter. I’ve found that those nonmandatory sign ups are much, much “stickier” (to use a marketing phrase). If you’d like a free copy of my collection of short stories called Lockdown, CLICK HERE to see what I’m talking about.

Arthur Herbert was born and raised in small town Texas. He worked on offshore oil rigs, as a bartender, a landscaper at a trailer park, and as a social worker before going to medical school. He chose to do a residency in general surgery, followed by a fellowship in critical care and trauma surgery. For the last eighteen years, he’s worked as a trauma and burn surgeon, operating on all ages of injured patients. He continues to run a thriving practice.

He’s won multiple awards for his scientific writing, and his first novel, The Cuts that Cure, spent ten days as an Amazon #1 Best Seller. His second novel, The Bones of Amoret, will be released on April 1, 2022 through Stitched Smile Publishers. Arthur currently lives in New Orleans, with his wife Amy and their dogs. 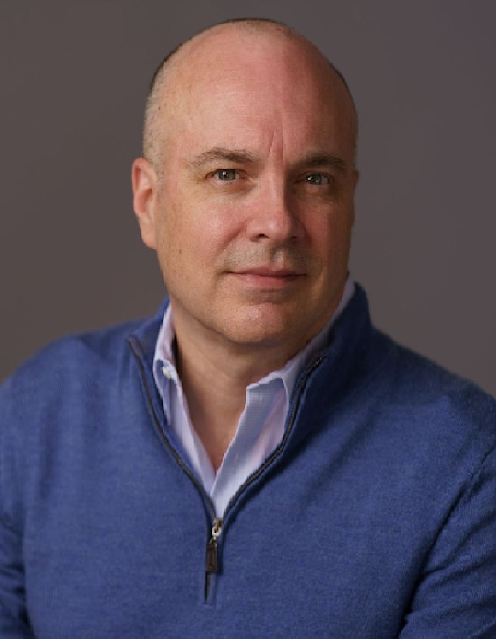 One Reply to “Spotlight & Author Interview: The Bones of Amoret + Giveaway”