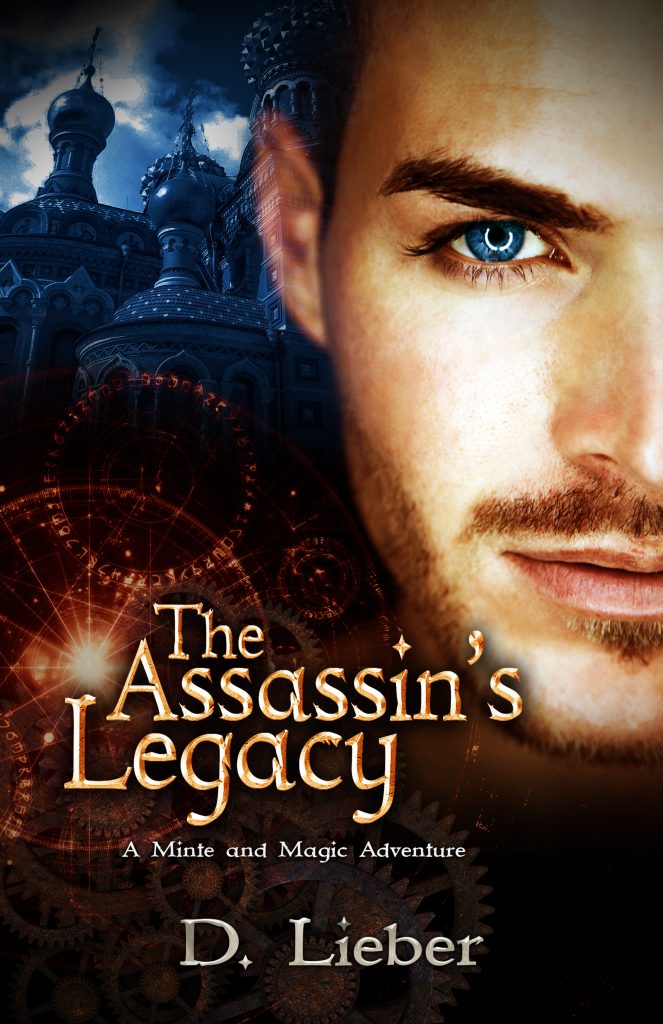 He hasn’t been Aleksandr Sergeyevich Volonov, legendary monster-hunting assassin for ten years. Now, he is only Sasha, charming deckhand on a merchant airship so recently destroyed by pirates.

All he wants is to find another job and keep moving. But that simple plan is thwarted when his sister sends an assassin to murder him. His only choice is to return to Saint Petersburg and renounce his claim to his family’s title.

Trapped by his late father’s machinations, Sasha finds himself surrounded by death threats, engaged to a brutal villainess, shadowed by his cheeky assassin, and forced to lead the organization bent on eliminating all supernatural creatures from the Russian Empire.

As he struggles to keep hold on the man he is, Sasha must face who he used to be in this modern steampunk fantasy adventure full of folklore, banter, and artifice.

The cold wind off the Gulf of Finland seeped into my soul, greeting me like a mother’s caress. I had left the pleasant autumn of the west behind. Nothing warmed the heart quite like the promise of a Russian winter. Sighing, I smiled to myself and strolled in the direction of the river. A line of small steamboats with black and yellow striped canopies patiently waited on the river’s edge. Their smoke stacks, which stuck up through the canopies, puffed white water vapor, telling us they were ready at any time.

After we’d hopped into a taxi, I asked the driver to take us to Volonov Manor. We chugged up the Neva, and I watched the grand palaces and mansions drift by. I could still remember the names and faces of their boyar residents, those I’d grown up with. Their salons and drawing rooms, the many balls and parties, the dinners and concerts: the gilded façade that was my youth. I also remembered their cellars and basements: prisons for the creatures of the night, poor souls who were only kept alive to torture for information and study to find better ways of killing others of their kind.

Of course, not all of the noble families were members of the Ubyzniki, just the trusted few. Five families, still favored by the empress, made up the Ubyzniki. Five families with their many branches filled the ranks of “monster” hunting assassins. They lurked in forests, alleys, and ballrooms alike, stalking their supernatural prey and keeping the unknowing citizens of the Russian Empire safe. I scoffed at their hypocrisy, their righteous hubris, as all the contentment I’d felt upon landing in Saint Petersburg drained out of me.

D. Lieber has a wanderlust that would make a butterfly envious. When she isn’t planning her next physical adventure, she’s recklessly jumping from one fictional world to another. Her love of reading led her to earn a Bachelor’s in English from Wright State University.

Beyond her skeptic and slightly pessimistic mind, Lieber wants to believe. She has been many places—from Canada to England, France to Italy, Germany to Russia—believing that a better world comes from putting a face on “other.” She is a romantic idealist at heart, always fighting to keep her feet on the ground and her head in the clouds.

Lieber lives in Wisconsin with her husband (John) and cats (Yin and Nox). 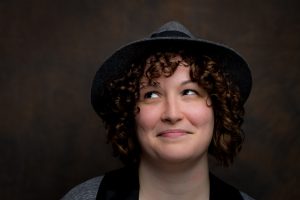 D. Lieber will be awarding a Russian tea kit, which includes: podstakannik and glass, tea, jam, and spoon to a randomly drawn winner via rafflecopter during the tour.