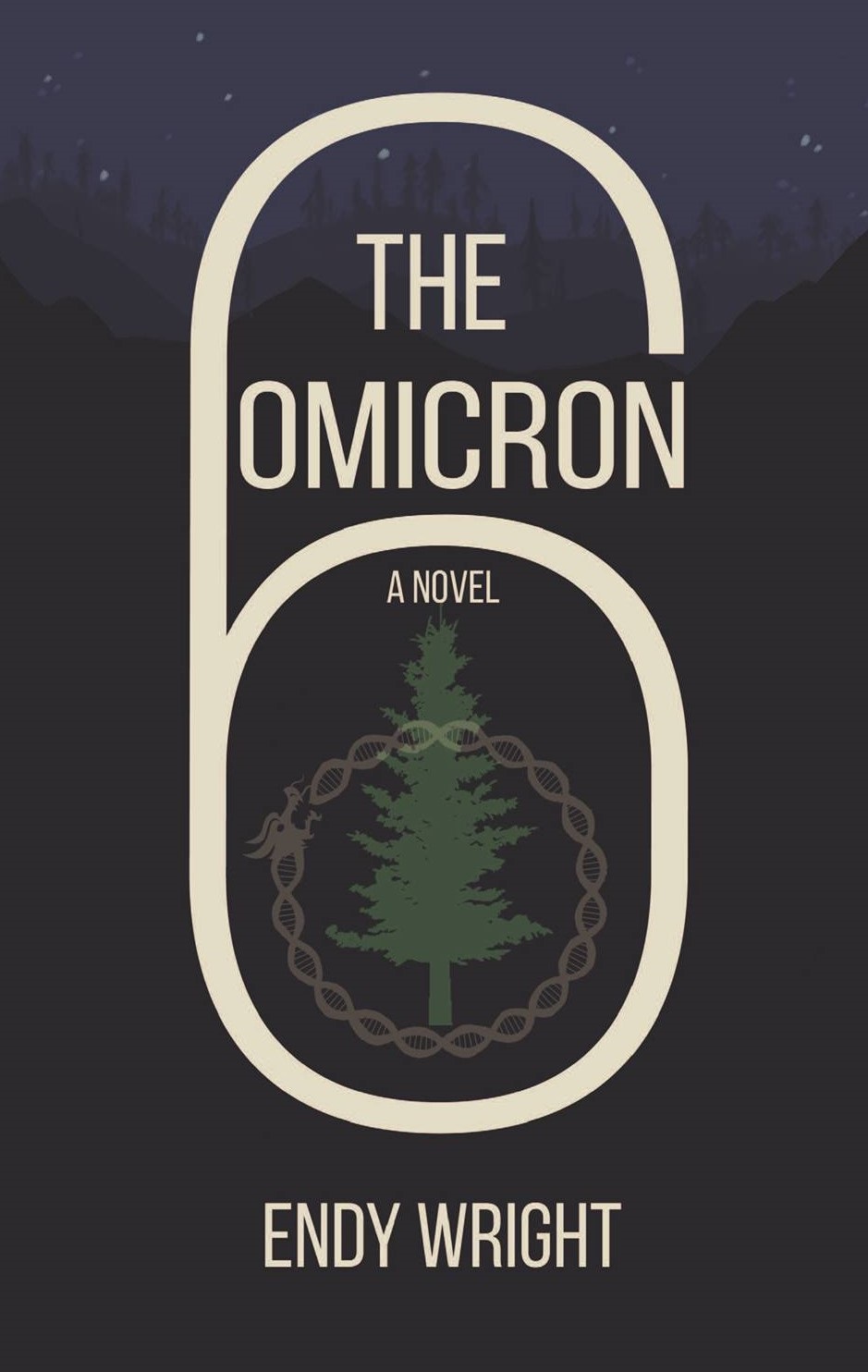 The Omicron
by Endy Wright
YA Sci-fi Adventure, Young Adult, YA Sci-fi, Paranormal

“Cooper stretched his arm over on top of Coupe to quiet him and hold him down. He then reached into Coupe’s mind and urged him to sleep, told him to sleep, that he was safe and could sleep the night through without worrying about those . . . things that came to him. Coupe’s thrashing began to subside. He did not scream at all. He returned to a peaceful sleep.”

Cooper Callister cannot speak. Coupe Daschelete is the victim of horrible abuse. No one would expect them to possess superhuman powers. But they do. When a fight in the woods forces them to reveal themselves to each other, they start a journey together that leads them to discover power they never expected, power they were never intended to have. To unlock those powers and fully understand them, they must follow a difficult and dangerous path of self-discovery and self-revelation. Cooper is forced to face the isolation of his silence. Coupe must confront the demons that haunt his dreams, planted there by those who have abused him and broken his mind. Alone they could not do it. Only together do they have the strength to conquer their challenges.

The threats they confront force them once again to evolve into something new, this time to face a new enemy with deadly intent. But is the world ready to accept what they have become?

“Do you have a library card for the public library here in town?” Everett asked.

Everett’s brow furrowed. “Why not? I would think they’d love a bookworm like you.”

“I think they did, to start. But they caught me trying to sleep in there a couple of times and the last time I was told I could not come back.” Coupe looked up at Everett a little defensively. “I wasn’t stealing anything if that’s what you were thinking. It’s just it was wintertime and it was cold. I couldn’t go down to the river then and I… well, I didn’t want to go home either.”

Everett felt a wave of sympathy for the boy. He was still going to be stacking firewood, though. “I didn’t think you were stealing.” He paused, thinking. “Coupe I wish I had known of you back then. We would have helped.”

“I know you would have. Well, I know that now.” Now it was Coupe’s turn to think. “In a way it turned out to be a good thing that my mother dumped me when she did.”

“I expect that’s a tough thing to deal with either way, Coupe, but yeah, that’s a good way to look at it, I suppose. We’re happy to have you.”

“No more fighting though, okay? You come to me or Evelyn. You don’t want to have the police involved.”

They were passing the public library as they drove home. Everett slowed and pulled into the parking lot.

“C’mon, Coupe, let’s see if we can get your reading privileges back.”

Coupe brightened. “You think so?”

“No harm in trying,” he replied as he parked.

The two got out and walked into the library. As they approached the circulation desk a woman looked up at them both, then she recognized Coupe and a stern look came across her face. Before she could speak, Everett started to plead Coupe’s case.

“Hi, I’m Everett Callister. I think you know this young man. I wanted to see if I could get him his library card back. You see, he’s living with us now. I’m his foster dad. He told me why he was not allowed back in here. I think you should know his circumstances were pretty rough back then. But he’s with us now. He’s a good kid and he loves reading. Is there any way he could start borrowing books again?”

The librarian looked at Everett as if sizing him up. “Did he tell you we found him sleeping in the back of the non-fiction section…on more than one occasion?”

“He did. It was pretty cold out. Did he tell you he had nowhere else to go?”

The librarian’s face softened. “He did not.” She thought for a moment. “I suppose if he is always supervised by you while he is here he can start coming back in…on a probationary basis to start with.”

They left the library with a brand-new card and five more books. Coupe was positively beaming. Everett had insisted he got one on the basics of small engine repairs. He was hoping Coupe might be able to help him with some…projects. 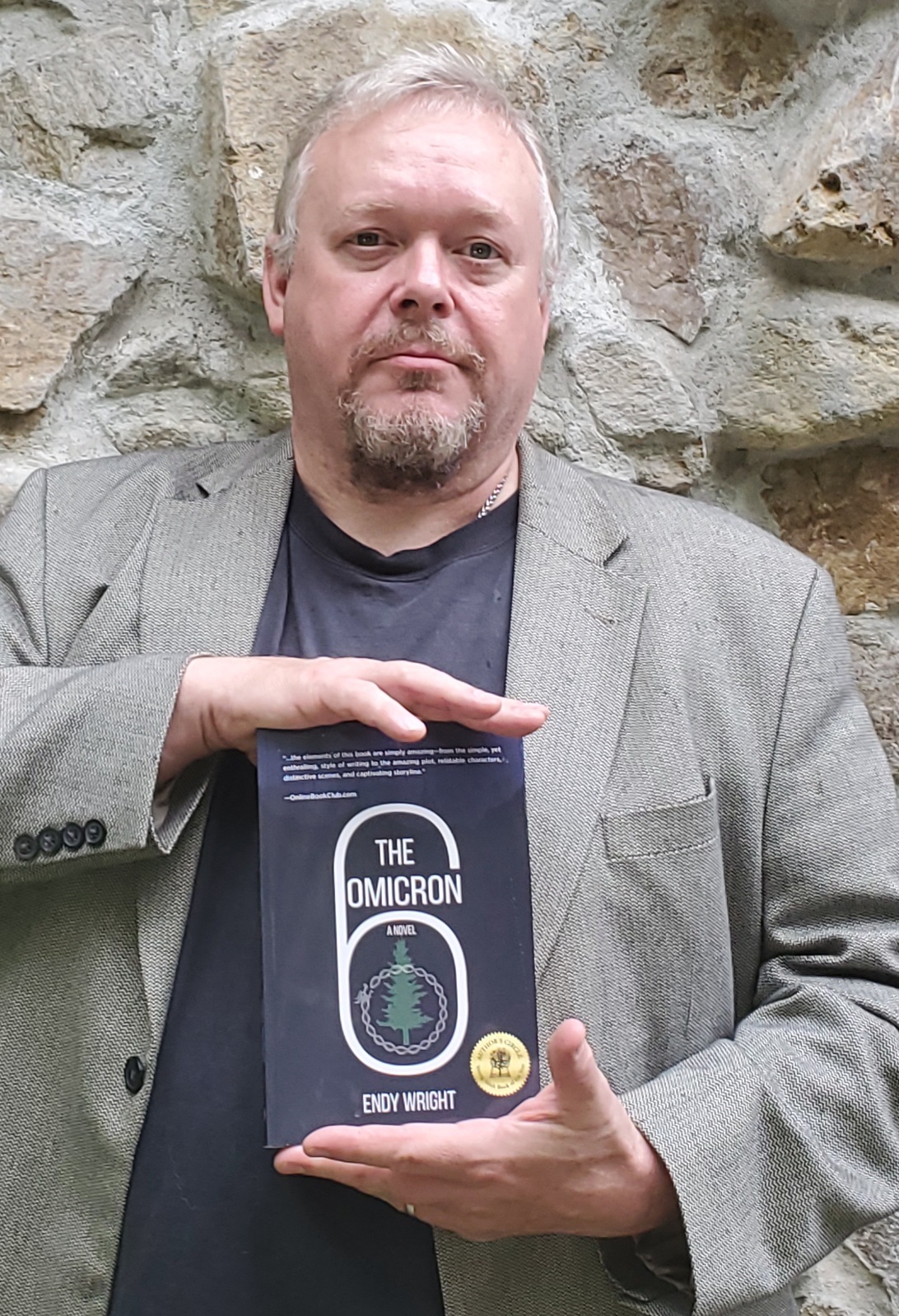 Endy Wright received his undergraduate degree in English literature from Grinnell College and his juris doctorate from the University of New Hampshire School of Law. Before becoming an attorney, he was a counselor for at-risk children in New Hampshire, and, a cross-community worker in Belfast, Northern Ireland. He was also previously a research assistant in the House of Commons in London, England. As a trial attorney, he discovered that writing was a useful outlet for the stress that came along with his profession. His first book was a collection of short stories, entitled The Garden Plot Diaries. The Omicron Six is his first novel.