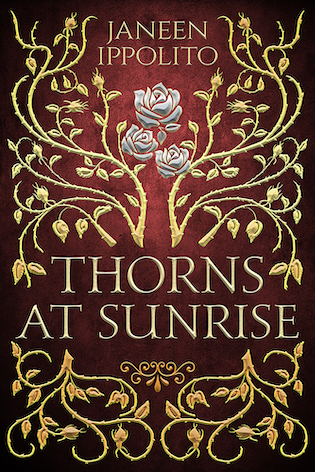 A young queen. Her imaginary friend. A kingdom on the verge of death.

Queen Usilea has a secret–and he lives in her mind. Ever since she was six years old, her imaginary friend has been her closest companion, and her arranged marriage has been a great dread. When she learns her betrothed and the royal family have suddenly died, she feels obligated to attend the funeral in the foreign land of Absteph–and perhaps learn more behind their mysterious passing.

He only wants the truth.

Petar endures great pain to protect those he does not remember. His only solace is a shadowy woman who he loves–even though she denies that he exists. When a terrible tragedy occurs in his kingdom, that mysterious woman is his only hope of bringing justice to light. For the cage that imprisons him grows harsher every day, and he is losing the fight.

But there are thorns at sunrise.

Brought together on the barest thread of reality, Usilea and Petar must discover what really happened to the royal family. But Petar’s time is running out. Soon not even a Mender like Usilea will be able to save him.

This YA romance features a gender-swapped Sleeping Beauty in an original fantasy world on the brink of doom. 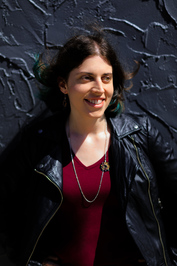 Janeen Ippolito believes you should own your unique words—and make them awesome! She’s a multi-published author of bestselling fiction, nonfiction, and poetry. She’s also an experienced book editor and marketing strategist, plus the CEO of Uncommon Universes Press, a publishing company with award-winning books. She hosts the podcast Own Your Unique Words, which helps gutsy fiction authors grow their businesses without burning out. In her spare time, she helps her missionary husband with his youth swordfighting ministry, indulges her foodie ambitions, reads whatever books she feels like, and explores a slew of random hobbies. Her life goals include traveling to Antarctica and riding a camel while wearing a party hat. This extrovert loves to connect, so join her on social media or at janeenippolito.com 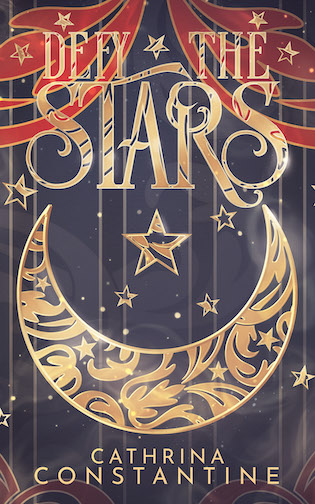 Circus grunt. Charmer. Fire wrangler.
Growing up within the grind of the enchanted Circus Faire, Crew’s unique talents have blossomed. Though, he’s been warned that the King of Hawkswing is determined to eradicate a certain species, and for his own sake Crew must keep his formidable gifts under wraps.

Relations between interspecies caused an imbalance of power and now are strictly forbidden. Dolorans, like Sage and her sister, are being hunted and persecuted because of their intense powers, leaving them no choice but to run to escape the genocide of their kind.

She possesses a forceful energy for good and evil.
His untapped powers are growing stronger by the day.
Survival will demand they rely on each other.

When Crew learns a dark wizard is holding his brother captive, he enters into a deal with him in hopes of getting close enough to free those he has imprisoned. Yet, what he uncovers is far more sinister than Crew could ever imagine. Can Crew harness the strength within him to save his brother and Sage and all those in the wizard’s clutches? Or will he be trapped by the wizard’s wicked plan?

“What a shame. Polk spoke highly of you.” Aerestol snapped his fingers and the sentinels redeployed, penning Crew in. While Crew was a head taller, the goons were packing revolvers tucked into the waistbands of their pants. “In my line of work, I can’t afford to trust anyone. Rumormongers are dealt with accordingly. My advice? Don’t become one.” He hooked his thumbs into his vest, and with his head down, turned toward the grand staircase.

“Now what?” Crew said. Was he done for? Were his goons going to take him out. Kill him?

Aerestol pivoted, and as if improvising a reply, his head slanted sideways. “So far, you haven’t impressed me, boy. You should have handed over the girl. Instead, I walk away empty handed. I can’t tolerate that.” He ran his fingers beneath his chin. “Perhaps Polk was speaking with a straight tongue. He never failed me. I tell you what, for his sake alone, your obeisance is most welcome if you want into my lucrative business.” His mouth spread. “If you make it out alive…you know how to reach me, through Dyke. Ingrain this into that thick skull of yours. No snitches. One bullet.” He jutted his chin towards the one-eyed goon. “Do it.”

The sentry pulled his revolver from his waistband and targeted Crew’s chest.

“Hey!” Crew barked, anxious to get Aerestol to look at him. The doctor swerved and Crew straightaway connected with his dark eyes. Gotcha! “So this is how we’re going to end our business arrangement, aye? A bullet to the heart?” he pitched his voice. Aerestol’s pupils enlarged. “I’m the only one who can bring the girl to you. Don’t waste me and my talents.” Crew blinked, terminating his connection, and the doctor squeezed his eyes and shook his head.

“His thigh,” ordered Aerestol. “It’s unfortunate that I can’t stay to watch how this performance ends.”

The orc lowered his gun and pulled the trigger.

White light sliced through Crew. And a blinding explosion of stars as intense pain ripped through him. His knees buckled. 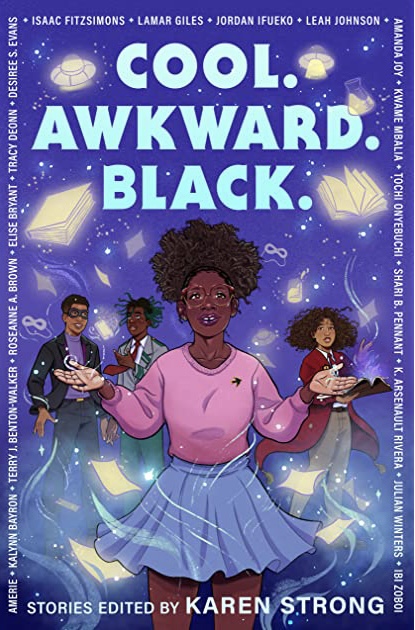 A multi-genre YA anthology of bestselling, critically acclaimed Black authors challenging the concept of “the geek.”

A girl who believes in UFOs; a boy who might have finally found his Prince Charming; a hopeful performer who dreams of being cast in her school’s production of The Sound of Music; a misunderstood magician of sorts with a power she doesn’t quite understand.

These plotlines and many more compose the eclectic stories found within the pages of this dynamic, exciting, and expansive collection featuring exclusively Black characters. From contemporary to historical, fantasy to sci-fi, magical to realistic, and with contributions from a powerhouse list of self-proclaimed geeks and bestselling, award-winning authors, this life-affirming anthology celebrates and redefines the many facets of Blackness and geekiness—both in the real world and those imagined.