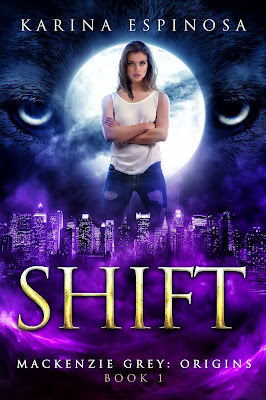 It’s hard enough being an undergraduate student, an intern at Downtown Manhattan’s police station, and a bouncer at a local bar. Add her now ex boyfriend who recently dumped her for the school’s resident bimbo—oh, and she’s a werewolf.

Mackenzie Grey meets her match when she is kidnapped by the Brooklyn Pack and tossed between Sebastian and Jonah—the Alpha and the Beta. Being a lone-wolf in the city is dangerous, and now that the Pack has found her, so can every supernatural being in the Tri-State area. And not even her sarcastic, smart mouth can get her out of this.

When a string of kidnappings involves Mackenzie in supernatural politics, she questions her new acquaintances and finds unlikely allies. Can she escape Pack law and keep her freedom—or will she be condemned to an unwanted path? 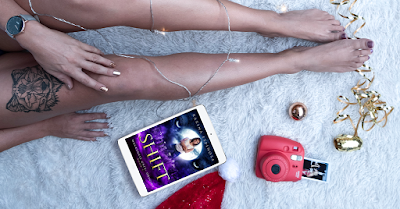 Karina Espinosa is the Urban Fantasy Author of the Mackenzie Grey novels and The Last Valkyrie series. An avid reader throughout her life, the world of Urban Fantasy easily became an obsession that turned into a passion for writing strong leading characters with authentic story arcs. When she isn’t writing badass heroines, you can find this self-proclaimed nomad in her South Florida home binge watching the latest series on Netflix or traveling far and wide for the latest inspiration for her books. Follow her on social media!
Author Links:
Web | Amazon | Goodreads | Facebook | Twitter
Reader Group | Instagram | Bookbub
START THE SERIES TODAY! 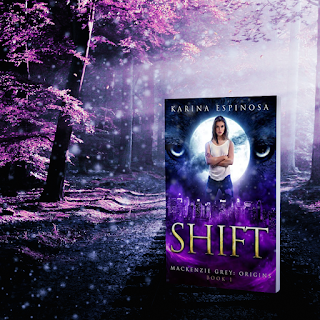 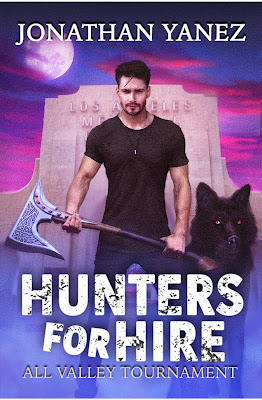 When creatures go bump in the night,

Every day, new possibilities of this shadow world emerge; wonderous, unexpected, and, honestly, a bit horrifying.

Secrets abound as more factions choose sides in a war to come. The Fallen are using the Chosen to do their will and release the Ancient Ones.

It all kind of makes him miss the chicken costume.

When a mysterious invitation reaches Jonny’s door in the form of a cryptex the plot thickens.

A supernatural tournament hosted by the family Grimm is about to take place and the prize this year could swing the balance of power from heaven to hell.

With the help from his team of a gangster pixie, Victoria Frankenstein and whatever Teri is, he’ll have to go all-in to win and stop hell on Earth.

OK, kids, grab your war hammer and take a double hit of snuf. This one’s going to get worse before it gets better. Fans of KF Breene, Orlando Sanchez, and Shannon Mayer–this one was written for you! 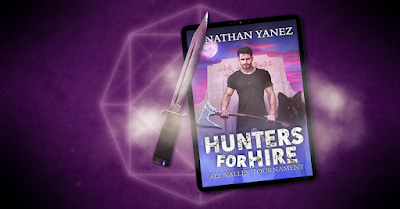 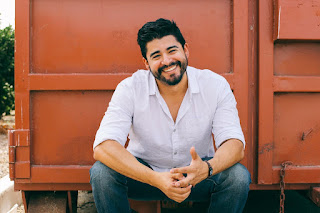 I could go on and on about how many books I’ve written and awards I’ve won and blah, blah, blah but I’d rather use this time for you to get to know the real me.

I write because that’s what I was born to do and I freaking love doing it. Because of awesome people like you, I get to do it full time.

Connecting with fellow lovers of the written word is important to me so please join the Pack via my website at www.jonathan-yanez.com where you can grab an exclusive story or hang out with us at www.facebook.com/groups/1944447962437071/

Hope you decide to stay in touch, 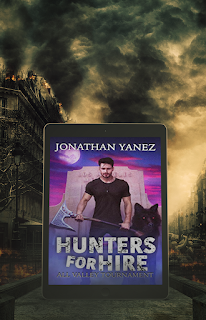 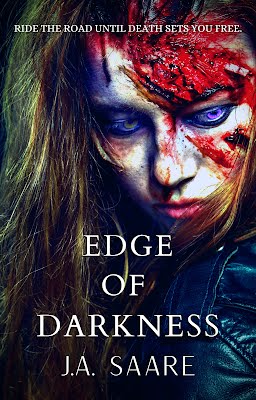 Ride the road until death sets you free.

Rhiannon Murphy fled New York following the horrific events that ended the lives of those she loved. In the months that have passed, she and her vampire lover, Gabriel Trevellian, have pooled their talents to kill half-demons that have ruled the vampire world for centuries. On the brink of regaining control, they learn things are not so simple.

Marigold Vesta is no longer content in Hell. Due to the terms of an agreed-upon bargain, the fallen angel is preparing Rhiannon’s body for early possession. If that’s not bad enough, Lucifer is aware of the trade and wants Rhiannon’s soul.

The only option is to turn to Bane, an arms dealer who offered Gabriel an alliance to recapture the city. The man isn’t human and has a personal connection to Rhiannon. When she learns why the deadly being entered her life, she must decide to ride the edge of darkness or bask in the glory of the light.

With the clock ticking, every choice counts.

A familiar flutter entered my head, stroking my skull like butterfly wings.

But it wasn’t Disco.

I hadn’t had an attack in four months. I thought they were over.

I managed to shoot three more vampires, made it through the door into the office and slammed it closed. I felt my physical body slipping away. I couldn’t lift my hands, and I dropped to the ground as my legs gave out.

Darkness engulfed me before a dim light flickered, like a newly lit wick, and I could see clearly. A figure appeared—dark hair, black eyes that had a red light within them, his body tall, lean, and terrifying—and came toward me. I felt my flight or flight instincts kick in. I didn’t want to be close to him. He was toxic and his presence spread over me like cancer. One touch took days to remove. I hated the smug grin on his face, the way he felt superior to me. Marigold refused to speak his name, but I knew who he was.

“You and your silly games,” he said softly, a sadistic glint in his eyes.

I tried to respond but, as I’d learned not so long ago, no sounds accompanied my voice. I’d entered a moment in time that had already transpired. I couldn’t hear what Marigold said in return. I never could. I could only see her wrists and ankles were tethered to a four post bed. I had become stuck in a first person reality I didn’t want to be in. He climbed onto the mattress like a cat—sly, effortless, and silent. He straddled her waist and leaned forward. His hands cupped her face and the room spun on its axis.

“Gabriel, it’s happening again.” I wasn’t sure if he would hear.

When we were together he would take control of my mind and stop everything. But we weren’t in a protected haven where he held that strength, ensuring the memories couldn’t pull me into Marigold’s past and keep me trapped for hours. He couldn’t protect me in a place his power didn’t work.

I wanted to focus on the present but couldn’t.

The memory slithered around me like a snake. As soon as Lucifer’s lips touched hers—touched mine—time was up. That moment swallowed me whole, making me part of it. Darkness and filth rotted my core like a bad apple. I could feel it in my heart and soul.

I could only endure and watch, a voyeur of the mind even though I could feel every single thing Lucifer did to Marigold. I could also feel her emotions and physical reactions to him. Both made me sick. During the attacks I merged with her. We became one and the same.

I knew my physical form would be unconscious in the office at the skating ring and would soon be discovered. I wondered if I’d be killed immediately and, if so, if death would be such a bad thing. I didn’t want to go. I didn’t want to leave Disco behind. He’d already lost so much. Truth be told, I was being selfish.

Death would make things easier for me.

As the memory continued, a part of me ached for death.

Heaven would always been preferable to Hell. 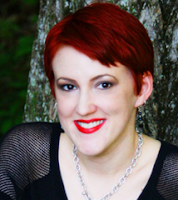 J.A. Saare is a multi-published author and has written stories featured in horror magazines, zombie romance anthologies, and flash fiction contests. Her work has a notable dark undertone, which she credits to her love of eighties horror films, tastes in music, and choices in reading, and has been described as “full of sensual promise,” “gritty and sexy,” and “a breath of fresh air.”