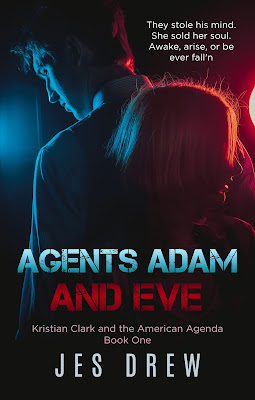 Dream not of other worlds…

They call him agent and he answers. They tell him conquer and he does. But there’s something they don’t know. He’s beginning to remember. His name is Kristian Clark. He has a wife and four children. Or he did. But he will find them again, whoever is left, wherever they are, and whatever it takes.

They call her the Aisling. She does their missions only as far as it helps her accomplish her own: to find and rescue the children of a fallen woman. And she will not let anyone get in her way- most certainly not the brainwashed father who has for so long been an unthinking weapon for the government. To save the innocents, she will not hesitate to do whatever it takes- no matter how much it condemns her.

They are the root of a conspiracy that would bring two worlds together, for good or for evil, for better or for worse, for life or for death. Their choices shall echo throughout all eternity.

“Agents Adam and Eve is the kind of book you can’t put down, the kind that has you laughing and crying. Jes Drew successfully keeps you turning the page and renders you longing for more when the last page has been turned.” – Karsyn Shae, Creative Writer

“Kristian Clark is back in an all-new duology after the birth of his twins. Are he and his wife finally able to enter parenthood safely without the threat of anarchist groups, or will Kristian have to sacrifice everything to save those he loves?” – Allyson Kennedy, author of Speak Your Mind

“I love the story! It felt so real and very intense! I felt like I was in the story with the characters!” 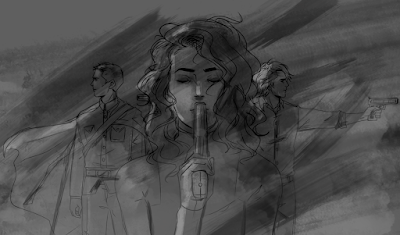 I teleport the door toward the motorcycles, causing them to crash into each other and knocking off those still on them. Then I drop down and teleport myself to the nearest gunman and wrestle his weapon from his hand. I elbow him in the face and his grip loosens enough for me to take it and shoot at the engine of one of the motorcycles, making it blow up into an inferno that the men scurry to avoid.
Striding forward, I taser one of the fleeing men before tasering another. Then I dive backwards as another man shoots at me before teleporting behind him and putting him into a strangle hold while using his body as cover from his contemporaries.
Three of them try to approach me. Only to freeze mid-step.
I turn to see Aisling darting through the darkness with two figures coming up behind her—making their way to the truck.
Being the gentleman that I am, I teleport to the truck and open the front door for her before grabbing the driver and teleporting us away where I can punch him in privacy.
Then a gun goes off behind me, causing a hot sting in my newly healed shoulder, but this time I’m sure it’s just a graze.
I sigh, and without turning around, I teleport behind the shooter and taser him in the back. See how he likes it.
Mid-tasering, the NEO truck drives past me.
Sighing again, I retract my taser. Then I teleport into the truck—the backseat to be exact.
Aisling is driving, and a very pale man wearing a rumpled suit is sitting shotgun. A man of Indian descent is sitting next to me, trying to ask Aisling, “What just happened?”
“I did,” I answer, tugging off my shirt with my good arm.
The man next to me screams at this and jumps to the farthest end of the row away from me.
“Please,” I mutter, pressing my hand to my bleeding shoulder. “It’s not that bad.”
Aisling glances at the rearview mirror before groaning. “You.”
“And to think,” I tell my backseat buddy, “just moments ago, she couldn’t keep her hands off me. Split personality or what?”
He just whimpers at me like I’m some sort of ghost.
And the other man whirls around before narrowing his eyes on me. “You.”
“Wow, it’s really weird how you said it just like she—”
He cuts me off by lunging at me.
“Man,” I gasp as he wraps his hands around my neck and mine reach for his unused seatbelt. “You should really—” He tightens his grip. “Wear a—”
I click the seatbelt over him and tighten it so he’s trapped in his position. Then I use the middle seat belt to wrap around him too before teleporting to the space my attacker is no longer occupying in the shotgun seat.
And find a revolver aimed at me.
“Give me one good reason why I shouldn’t use this on you,” Aisling hisses as she turns the truck down a side-street with one hand.
“There is none!” my attacker yells behind us. “Shoot him!”
I eye the revolver. Beautiful thing. Familiar thing. “Because it’s just cruel to kill a man with his own weapon?”
She switches off the safety. “Not good enough.”
Because I can teleport away anyway? “Because I want in on whatever you’re in on. I need out of my old agency.” At least long enough to work through the grieving process out of sight of their watching eyes. And to find out everything I can about Aisling, my wife, and this battle I’ve been a drone in for far too long.
But most of all, I need it to be long enough to be able to return to the Amerios with enough information to rescue my children.
“We can’t trust him!” my attacker yells. “You of all people know what he’s done.”
“I also know we can’t fight him, Peter.” Aisling lowers the gun. “You’re in.”
“What!” Peter demands, and his friend—Robbie?—whimpers.
I push Peter a bit more out of my seat to get a little more comfortable, despite my wound. “So, what agency do you work for anyway?”
“Oh,” Aisling says, stopping at a red light. “The NEOs.”
Excerpted from Agents Adam and Eve by Jes Drew. Copyright © 2019 by Jes Drew. Published by Boo’s Books.
Other Books in the Series 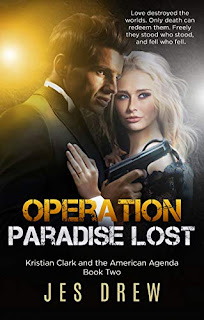 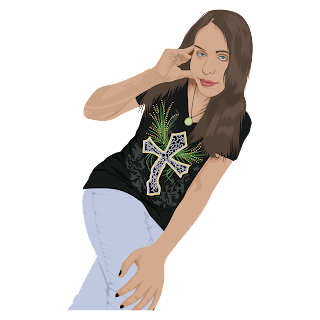 Jes Drew is the author of the Ninja and Hunter trilogy, the Howling Twenty trilogy, the Kristian Clark saga, the Castaways trilogy, The Dystopian Takeover trilogy, The Clockwork Faerie Tale Novellas, The Summers of Yesteryear series, Legends of the Master Spy, The New ESE Files, Tales from Parallel Worlds, Genie and Serena, PIs, and Accidentally on the Run. Her true love is Captain Steve Rogers, and there is a possibility that she may or may not be a superhuman, but she hasn’t discovered her powers. Yet. Also, she might be a spy, but that’s classified. You can contact her at author.jes.drew@gmail.com.
Website | Goodreads | Pinterest