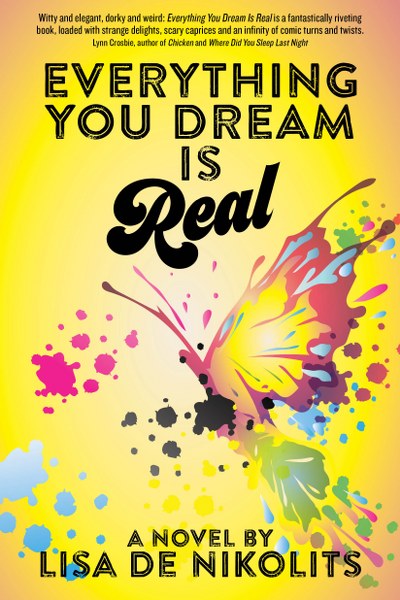 Everything You Dream Is Real

From the award-winning “Queen of Canadian Speculative Fiction” comes a futuristic, multigenerational love story and a gripping edge-of-your-seat thriller. Filled with a cast of loveable, unforgettable, and entirely unique characters, the novel is a fabulous, adventure-filled sequel to highly-acclaimed The Rage Room – or read it as a standalone. Mad Max: Fury Road meets a futuristic True Romance in a highly original and imaginative novel.

Eleven years after a world war destroyed the consumer-driven, plastic-based existence of 2055, a new order of players jostles for power. Streaky electricity, ravaging drought, a scarcity of food, and deadly Monarch butterflies make for an increasingly desperate situation.

Worlds collide when both Mother and Sharps’s children are kidnapped by the unstable plastic surgeon Alpha Plus and taken to The Fountain of Youth compound. There’s flowing water and beautiful people and beautiful clothes and an incongruous convent where children wear smart uniforms and are tutored by nuns. Lovely, until they discover that a subterranean sex trade funds the compound and the man who leads it is mad. Can Mother, Sharps, and the others take down Alpha Plus and his army? Or will they too become pawns in his bid for world domination?

Hilarious and at the same time poignant, Everything You Dream Is Real is a fabulous, adventure-filled sequel to highly acclaimed The Rage Room that will delight fans both new and old. 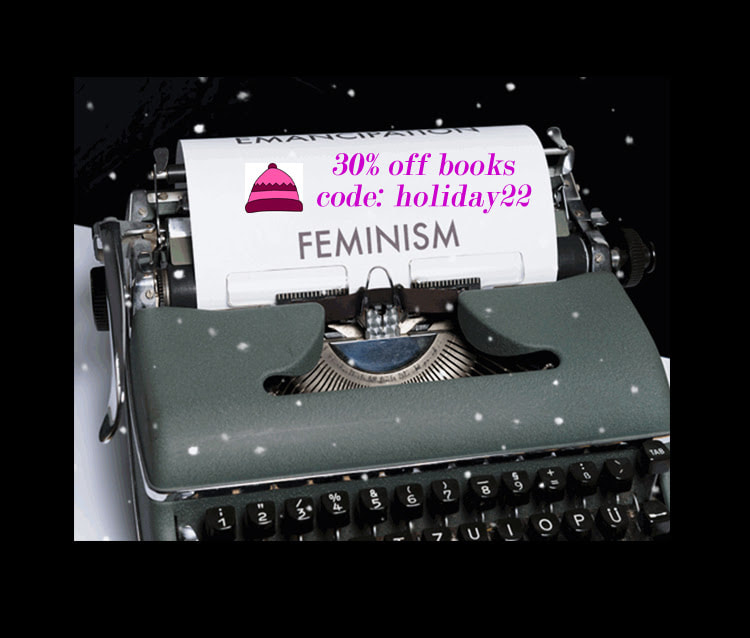 DECK YOUR DAYS WITH GREAT BOOKS!
because #FemLitCan change the world!

Until January 3! Browse our website and at check out, type in the coupon code
holiday22

to receive your 30% discount! 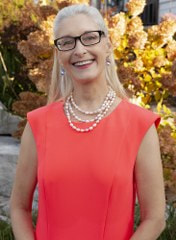 Lisa de Nikolits is the internationally award-winning author of ten novels (all Inanna Publications). No Fury Like That was published in Italian in 2019 by Edizione Le Assassine as Una furia dell’altro mondo. Her short fiction and poetry have also been published in various anthologies and journals internationally. She is a member of the Mesdames of Mayhem, the Crime Writers of Canada, Sisters in Crime, The Australian Crime Writers, The Short Fiction Mystery Association and the International Thriller Writers. Originally from South Africa, Lisa de Nikolits came to Canada in 2000. She lives and writes in Toronto. 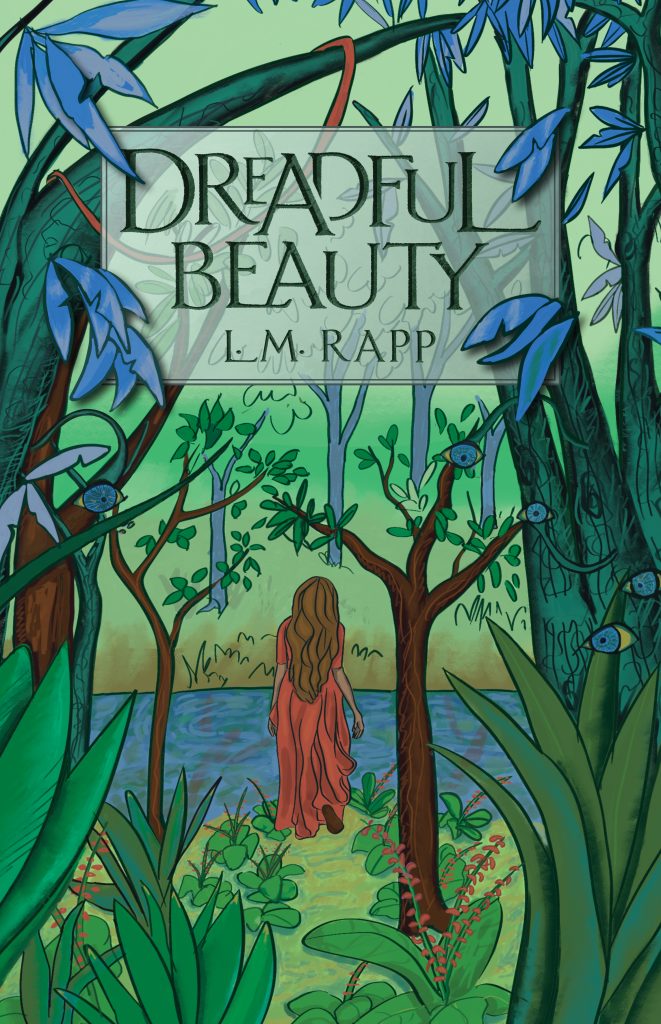 Nymphosis, a disease that turns Humans into Chimeras, is ravaging the land of Gashom. The More-Than-Pure, determined to protect themselves, have seized power and enacted segregationist laws.

The daughter of a high dignitary, young Neria learns she is afflicted by the very disease her father is determined to eradicate. Forced to surrender her privileges, she must flee her home in the capital and traverse the strange wilds to seek refuge with her fellow kind.

Will she have the courage to fight oppression to emancipate the Chimeras from the yoke of the More-Than-Pure?

L.M. Rapp has lived in different countries and practiced several professions: dentist, web developer, artist, aikido teacher, farmer. Eager to learn and discover, she uses her experiences to enrich her stories. She has also written a thriller, Of Flesh and Tears. 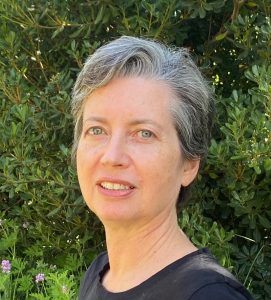 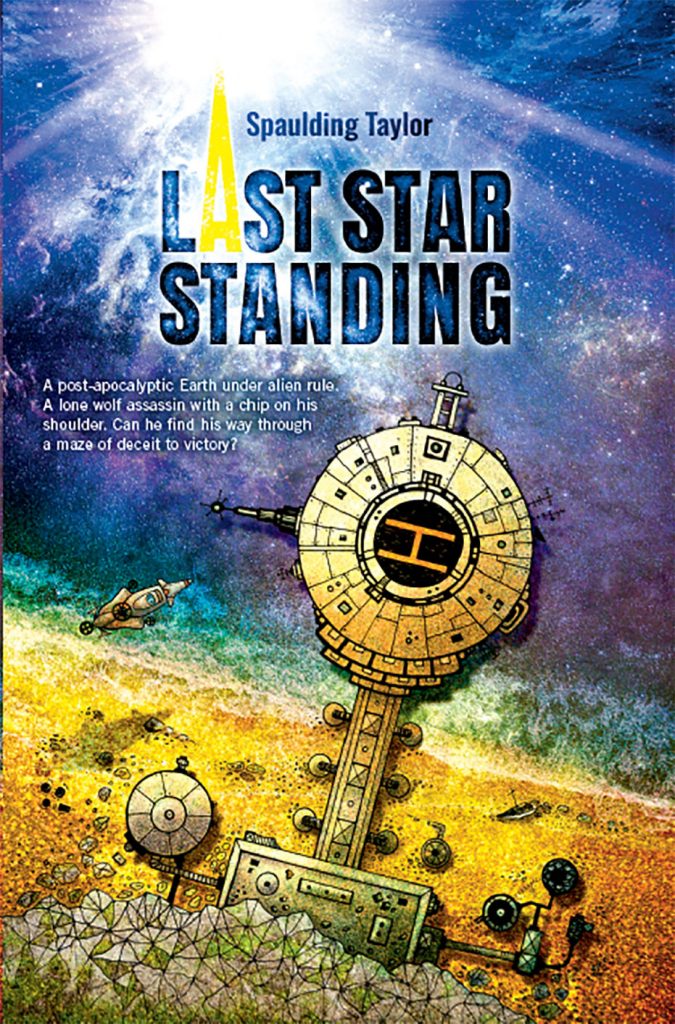 Aiden has always felt like an outsider. After the rebel assassin is captured and imprisoned by the world’s galactic overlords, he awaits execution. Then a mole working for the occupying regime alerts him to a plot that could destroy the entire resistance…

Engineering a daring escape, Aiden’s growing feud with the new rebel leader leaves him out in the cold and smouldering with resentment. Faced with deceit and betrayals on every side, he recruits a group of overlooked outcasts and stakes everything on one last mission.

Can the restless, reckless Aiden take a stand long enough to save humanity from enslavement?

Nothing. Clean as a whistle. Until my massive hand grasped hold of something, something which must have blended into its background so perfectly that I hadn’t even spotted it. Something alive, nestling under the co-pilot’s seat. I couldn’t believe it. A live gromeline. Trembling, possibly with fury, and trying in vain to squeeze back. Grabbing my trophy – I could feel its hot little heart throbbing like an injury against my palm – I hopped out of the plane so fast that my wound protested.

Bully raised one eyebrow. Two would have been overkill.

‘Bully, you are not going to believe this. I found a gromeline!’ The gromeline – only about fifteen centimetres – bit my finger, hard, even though I could have easily crushed its entire body with my fist – and probably would have, had I been a tester, and not merely disguised as one.

Feisty little gromeline. I flicked it lightly with my sausage-sized finger. When it protested, I growled, ‘Cheese it, munchkin,’ though I could feel it struggling obstreperously against my palm.

Bully was intrigued. ‘Is it genuine?’ ‘Of course it’s genuine. It just bit me, didn’t it?’

Bully probably considered this no proof. But they’re rarer than clean air these days and his fascination was obvious. Now gromelines come from the farthest galaxy so far discovered, can speak any tongue and own enviable mental powers. They are also brave to the point of stupidity and ludicrously small. This one was mouse-coloured – they can be spectacular – with tiny red eyes. Few humans have ever seen one.

If you could have one paranormal ability, what would it be?
To zip, Star-Trek-like, from place to place and be reassembled effortlessly.
This is because, except for trains, I loathe all means of transport.

What is one thing your readers would be most surprised to learn about you?
I’m also a pro cellist, who has played on four continents with orchestras including the BBC Symphony and the Royal Philharmonic.
And there IS a lot of music in some of my books. However, there isn’t in this one. I didn’t “see” my principal character, Aiden, as being musical.

When writing descriptions of your hero/ine, what feature do you start with?
Good question! I believe that people have auras. I go for that, first. Gender, race, attractiveness – everything else is secondary.

Are you a plotter or a pantser?
Have never plotted in my life. Have never written out a grocery list, or failed to forget what I came to shop for, either. ☹

Did you learn anything from writing this book? If so, what?
I set out to learn a lot, and I learned even more than I’d ever hoped I would.

I challenged myself – a middle-aged, straight, unheroic female mother – to write a novel from the perspective and narration of a young straight male kid-less hero – and I did.

And, had I not convinced, it could never have won a Kirkus Star, or been runner-up for the Independent Press Awards in Action/Adventure, or be a finalist – today – for CIBA’s Cygnus Award – or been a finalist for the Wishing Shelf and Eric Hoffer Awards. 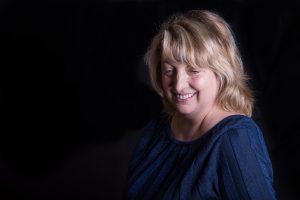 Alice (Spaulding Taylor) McVeigh has been published by Orion/Hachette in contemporary fiction, by Unbound Publishing in action/adventure and by Warleigh Hall Press in Austenesque fiction. Her novels have won Gold Medal/First Place is the Global, eLit and Pencraft Book Awards, been runner-up in the Independent Press Awards, finalists in the Eric Hoffer, Rone and Wishing Shelf Book Awards and selected by Shelf Unbound as one of the “top indies” of 2021. Two of her novels are currently finalists in the CIBA Book Awards (the Cygnus and Goethe Awards). Her most recent novel (Harriet: A Jane Austen Variation) was just selected as Editors’ Pick “outstanding” on Publishers Weekly.

A professional London cellist, Alice lives in London and Crete with her professor husband: their only child is completing her Masters in Chinese Literature. They also share two miniature long-haired dachshunds and an incurable addiction to tennis.