When demonic aliens kill his father and transport 15-year-old Paul Chapman, his sister, and mother to Hell as slaves, he learns just how far he’ll go to survive, get revenge, and regain his freedom.

After killing his father, a marauding band of alien demons captures 15-year-old Paul Chapman, his mother, and his twin sister. Taken as slaves and food to Hell, a planet orbiting a nearby star, their survival is extraordinarily difficult and far from certain. As the years pass, Paul learns he only has two choices: live as a powerless slave or die as food for his masters. How much must Paul collaborate with his demon masters to survive?

Hell Holes 4: A Slave’s Revenge is a prequel to the first three books in the series. Paul Chapman, its protagonist, is also a character in Hell Holes 3: To Hell and Back.

To Hell and Back

The beautiful young photojournalist, Aileen O’Shannon, is not who she seems. For centuries, she has been a demon hunter, a sorceress who has tracked and killed small bands of demons that occasionally crossed into our world. But that changed when she joined Dr. Jack Oswald’s expedition to study one of hundreds of huge holes that mysteriously appeared overnight in the frozen tundra north of the Arctic Circle.Instead of small sporadic incursions, hordes of demons now pour from these hell holes like water from a sieve. With bombing little more than a losing game of whack-a-mole, Earth’s armies are unable to destroy the portals. When Jack suggests a desperate plan, he is drafted to join Aileen and a team of other sorcerers and Army Rangers to travel to the demon homeworld. Once there, they will unleash a plague virus and set off a nuclear bomb to destroy the portal complex. It’s a suicide mission. But Aileen has given Jack’s wife her word to bring him back safely, and the demons have already killed three men under her protection. Just how far will Aileen go to avoid losing another?

Demons on the Dalton

When hundreds of huge holes mysteriously appeared overnight in the frozen tundra north of the Arctic Circle, geologist Jack Oswald picked Angele Menendez, his climatologist wife, to determine if the record temperatures due to climate change was the cause. But the holes were not natural. They were unnatural portals for an invading army of demons. Together with Aileen O’Shannon, a 1,700-year-old sorceress demon-hunter, the three survivors of the research team sent to study the holes had only one chance: to flee down the dangerous Dalton Highway towards the relative safety of Fairbanks. However, the advancing horde of devils, imps, hellhounds, and gargoyles will stop at nothing to prevent their prey from escaping. It is a 350-mile race with simple rules. Win and live; lose and die…

It’s August in Alaska, and geology professor Jack Oswald prepares for the new school year. But when hundreds of huge holes mysteriously appear overnight in the frozen tundra north of the Arctic Circle, Jack receives an unexpected phone call. An oil company exec hires Jack to investigate, and he picks his climatologist wife and two of their graduate students as his team. Uncharacteristically, Jack also lets Aileen O’Shannon, a bewitchingly beautiful young photojournalist, talk him into coming along as their photographer. When they arrive in the remote oil town of Deadhorse, the exec and a biologist to protect them from wild animals join the team. Their task: to assess the risk of more holes opening under the Trans-Alaska Pipeline and the wells and pipelines that feed it. But they discover a far worse danger lurks below. When it emerges, it threatens to shatter Jack’s unshakable faith in science. And destroy us all…

Prior to recently retiring to devote himself full-time to his novels, Donald Firesmith earned an international reputation as a distinguished engineer, authoring seven system/software engineering books based on his 40+ years spent developing large, complex software-intensive systems.

He lives in Pittsburgh, Pennsylvania with his wife Becky, his son Dane, and varying numbers of dogs and cats.

Autographed Book of Hell Holes 1: What Lurks Below (US only) 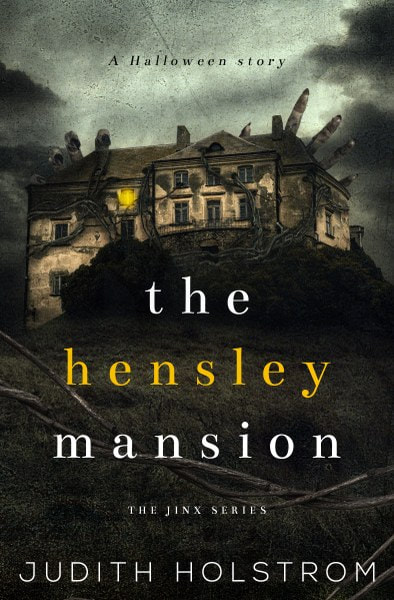 Drew has always lived in the shadow of the Hensley Mansion, a sinister southern home up on the hill.

Once you enter, you really never leave and Drew discovered that no once but twice.

The first time she was sixteen-years-old with a group of friends on Hallow’s Eve and the second time to get rid of an abusive husband she couldn’t escape, but it cost her more than just her freedom.

To make it worse now, Drew Anderson has to relive her time in the Hensley mansion to help demolition constructor Stansley flatten the evil brooding in that house. But little did she know she has to visit for a third time to fulfill the task.

Will she be brave enough to finally help destroy the mansion that is the cause of all her nightmares? 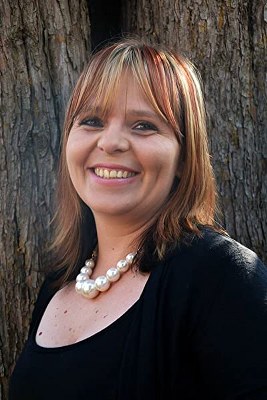 Judith Holstrom is a full time author writing in the genre of mystery & thriller crime as well as horror. Both genre’s is her favorite to read and to watch as a viewer.

She has a very dangerous relationship with serial killers and can name them the way some people can name the presidents of the united states.

She has always been fascinated with the crime channel, binge watch it like some viewers binge watch their favorite series and horror isn’t far behind her love for mystery and thrillers.