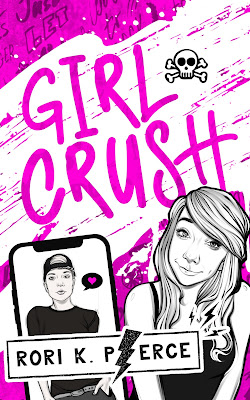 Transferring to a new school isn’t nearly as terrifying for Cori as learning the boy she’s been crushing on is actually a girl.

Cori Wright’s entire world is falling apart. Forced to move right before her senior year, the only connection to her new school is a phone number and a name: Jesse Howell. Their friendship blossoms through text messages leading up until the first day of school when Cori makes a shocking realization.

Jesse isn’t who she thought she was.

Overwhelmed by feelings she never imagined having, Cori must decide: follow her heart and go against everything she’s ever known or play it safe and deny herself happiness. 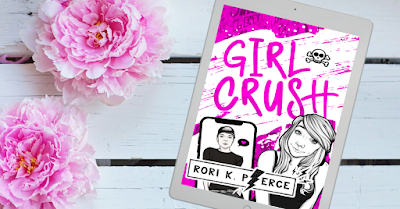 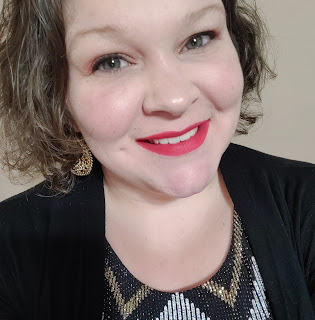 Rori K. Pierce was born and raised in central Alabama, but she has always had a passion for traveling and experiencing other cultures. When she isn’t writing, she is managing two home-based businesses and spending time with her three children.

Growing up, Rori found herself constantly immersed in YA fantasy books like The Mortal Instruments and Percy Jackson. Her goal with writing is to inspire and impact readers while shedding light on difficult to discuss issues. 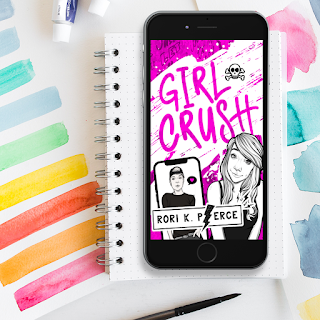 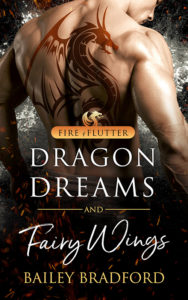 Book 1 in the Fire & Flutter series

When one fairy with a faulty memory meets a snarky dragon, the supernatural world will never be the same.

Griff was born a Love fairy, but he never quite fitted in. He didn’t want to be part of a harem…at least he didn’t think so. What with his wings gone and his memory damaged, he can’t be certain of what he felt in the past. All he does know is he wants his wings back. Without them, he’s grounded.

Blaze is a dragon shifter who tends to stick his foot in his mouth—and some other parts in other places—when he really shouldn’t. His brother’s the king, and his sister-in-law is scary. Blaze’s last screw-up got him grounded, unable to shift into his dragon form. His punishment seems harsh to him, but there’s no escaping it.

And from that snarky first meeting between Griff and Blaze, something wonderful, and dangerous, will come…

Publisher’s Note: This book was previously released elsewhere. It has been revised and reedited for re-release with Pride Publishing.

Blaze rubbed his shoulder where it still ached. He’d been lucky the whip had only caught him a glancing blow, otherwise he’d really be in pain.

Of course, even being whipped would be better than his punishment of not being allowed to fly. Or shift. Being stuck in the puny human form and dependent on two scrawny legs just sucked troll balls.

That imagery almost made Blaze gag. Trolls smelled really bad, worse than the dragon dumping grounds—and if anyone needed an explanation for what that area was, they didn’t have a nose.

Plus, trolls were ugly. It was part of them being trolls and all. They also tended to have large, pendulous balls that swung down close to their ankles.

Blaze did gag then, pressing a hand against his stomach. He had to get his mind out of the troll gutter.

“Hey, freak, heard you got your powers taken away, all for a piece of ass.”

Blaze glared at Bort. “Oh, yeah. Your dad wasn’t worth it.”

“My—” Bort’s eyes glowed red, and smoke gusted from his nostrils. “I’ll bake you, you fucking freak!”

Blaze kept his trembling inside. He’d learned not to show any fear to bullies. “Go ahead. King Fyre will be thrilled with you. You’ll look great on a spit.”

“You think just ’cause your brother’s the king means…”

Blaze arched an eyebrow at Bort—which he knew looked cool, because he’d practiced it until he had it perfected and he knew how awesome that one arched eyebrow thing was. “It pretty much means he’ll toast you if you lay a hand on me.”

The only reason the guy who’d hit Blaze with a whip wasn’t dead was because Blaze had kind of deserved it. Kind of, because he hadn’t known Valdez was married to another man. Otherwise, Blaze wouldn’t have fucked him. Probably. Blaze’s morals were questionable at times, but only because he was so desperate for someone to touch him.

“Right, whatever,” Bort drawled. “You’ll probably cook yourself anyway and save all the good dragons the trouble. Crazy Blazy.” He cackled and flipped Blaze off with both hands.

Probably with his toes, too, but Blaze didn’t think to check. Instead he watched enviously as Bort shifted into a gorgeous teal and gold dragon.

Bort blew a stream of fire right past Blaze’s head, then flapped his mighty wings and flew off. A rancid scent lingered in the air.

Blaze sighed and touched his hair that Bort had just singed. Everyone was going to think he’d done that to himself—again. Even though he was grounded, assumptions would be made that he’d done something stupid to burn his own hair, and rumors would fly. He’d have to worry about that later, if at all. Right now, he had to deal with a bully. Blaze really missed being able to shoot flames.

It was true that he couldn’t control his fire, and he could be dangerous. He hadn’t killed anyone on accident, yet, though. “Sheesh.” Blaze sniffed and fanned the air around him. It was no use. The smell was on his head. He could fan all day, and it wouldn’t make any difference.

Resigned to walking all the way back to his nest—which meant heading through the center of the dragon city, since he could no longer fly—Blaze prepared himself for the looks and murmurs. People would be talking about him more than usual today. He ought to be used to such stuff, but the truth was, it always hurt.

Even so, when he heard the buzz of conversations around him, Blaze held his head up high, despite the burnt hair. He hoped everyone gossiping about him got a snoot full of the noxious odor.

“Where did I put my shoes?” Griff fluttered as much as a fairy without wings could as he looked for his soft purple shoes. Surprisingly, he could flutter a lot, although that translated into gestures with his hands and much twitching on his behalf.

“Did Egregio eat them?” Gia asked, hovering above him.

Griff glared at her. “Could you maybe not do that? I already feel like a complete loser without my wings.” Who knew they could be knocked off you? Griff hadn’t, and it’d come as a shock to the other fairies in his frolic. Of course, Love fairies weren’t exactly brainiacs. They were more into the sensual than the mental. For brains, people looked to the Genius fairies, though good luck to anyone wanting help from those snobs. They didn’t speak to anyone with an IQ under one-sixty—which left out most of the magic world.

“Sorry.” Gia floated down and grimaced. “Ick. How can you tolerate standing all the time? My legs don’t like it. It’s work. It’s so much easier to fly, or—” She smirked.

“Don’t go there.” Griff knew his own kind through and through. As a Love fairy, he shouldn’t be bothered by hearing about his sister’s sexual escapades. Maybe he was just jealous. “Keep your sordid stories to yourself.”

Gia crossed her eyes at him. “Please. How did a prude get hatched into our frolic?”

“I’ve asked myself that a thousand times,” Griff muttered. “Aha!”

Griff knelt and stuck his hand under his bed, then reached farther. “I swear to the gods, Egregio, if you bite me, I will feed you to the dragons.”

“Rawr!” It sounded more like a whine than not.

Griff ducked his head and looked at the catterwaul under his bed. Much like the human-world cat except with two legs and large, hairy toes, and fangs the size of Griff’s index fingers, the beast was rather fierce-looking.

“I’m not joking. Last time you bit me, it got infected. You’re lucky I didn’t toss you out then.”

“Yeah, you’re sorry now.” Griff wiggled his fingers. “Give me my shoes.”

The purple shoes were tossed at him while Egregio continued to vocalize.

“I know, I know, they’re pretty. That’s why I like them, too. Now if you’re good, and you keep the dung beetles away for a whole week, I’ll see about getting you your own shoes.” Catterwauls were great to have as long as they were loyal. Sometimes they forgot that, though.

A few more rawrs and Griff was pretty sure he had his catterwaul vowing to fight off the shiny green beetles that migrated through the area on the way to the dragon dumping grounds. Griff hoped so. The buzz of beetle wings always left him with serious headaches as well as memories of the worst time in his life.

“Okay, got my shoes on, Gia. Now we can go…” Griff spun around, looking for his sister, but no. She had left the mushroom’s interior at some point. “Great. Great! Now how am I going to find my way to where my wings might be?”

Griff couldn’t remember things like he should have been able to. The hit he’d taken from a human’s fly swatter had cracked his skull, knocked off his wings and almost killed him. His memory hadn’t been right ever since, but he was lucky to even be alive.

Although the term lucky was relative. If he couldn’t find his wings, what point would there be to life? 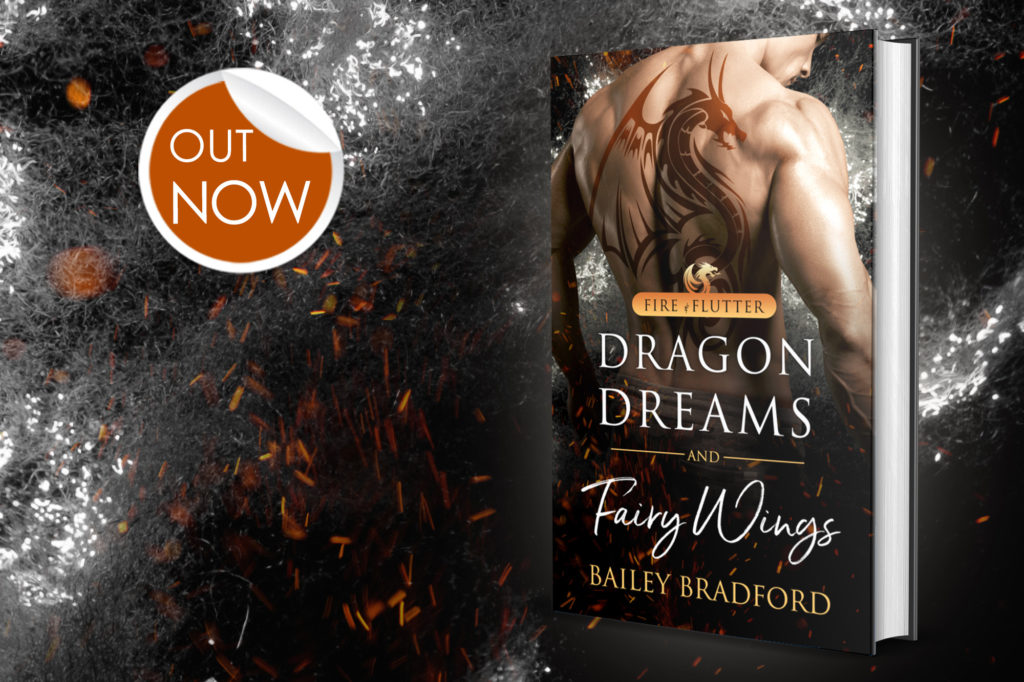 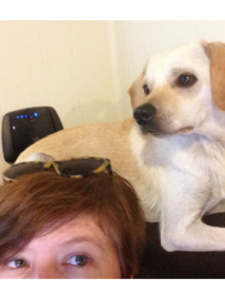 BAILEY BRADFORD IS GIVING AWAY THIS FABULOUS PRIZE TO ONE LUCKY WINNER. ENTER HERE FOR YOUR CHANCE TO WIN A LOVELY GIFT PACKAGE AND GRAB YOUR FREE BAILEY BRADFORD ROMANCE BOOK! Notice: This competition ends on 9th February 2021 at 5pm GMT. Competition hosted by Totally Entwined Group.

This is my stop for Damppebble Crime Blog Tours‘ book tour for Poppy Flowers at the Front. You can also pop over to See Sadie Read and find my review. 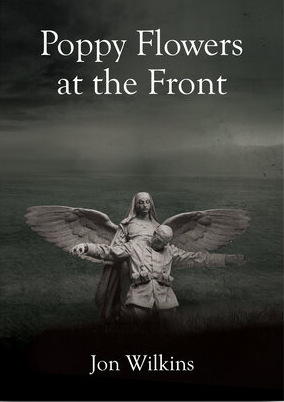 1917: with her father in the British secret service and her brother Alfie in the trenches, under-age Poppy Loveday volunteers against her parents’ wishes to drive ambulances in France. We follow her adventures, racing to save wounded men driven to the Casualty Clearing Station, and back to the Base Hospital.

During one battle she finds Élodie Proux, a French nurse, at a roadside clutching a dead soldier. Poppy rescues her. Élodie becomes her dearest girl as they fall in love.

Poppy and Élodie encounter frightening adversaries at the Western Front as well as away from it during the closing weeks of World War One.

Jon Wilkins is 65. He is a writer. He has a gorgeous wife Annie and two beautiful sons. He loves to write. He hopes you enjoy his poems and stories.