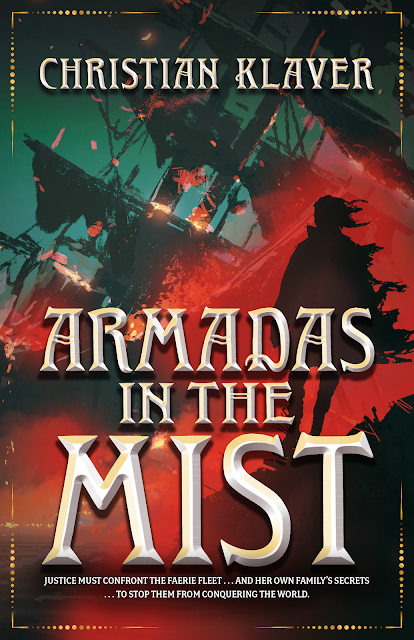 ​With her mother and brother at the helm of the enemy fleet, and the prophesized Seven Virtues slipping out of reach, Justice more than has her work cut out for her. Even if she can save England, the cost may be higher than she’s willing to pay. 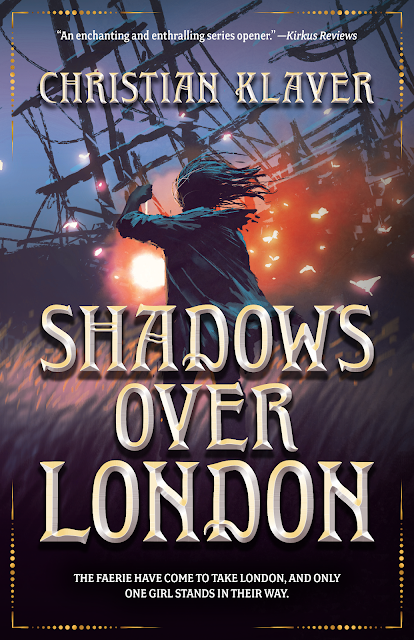 The Faerie have come to take London, and only one girl stands in their way.

​Justice isn’t your average fifteen-year-old girl. She’s an irrepressible scoundrel, and she always has a plan. But her world falls apart when her father forcibly bundles the entire family into carriages in the middle of the night and carts them off to a strange mansion on the outskirts of Victorian London. The Faerie are invading, but the Kasric siblings can’t stay neutral in the ensuing war when they find their parents on opposing sides. Justice has no choice but to embrace her burgeoning magical powers to fight against the Faerie and save her family. 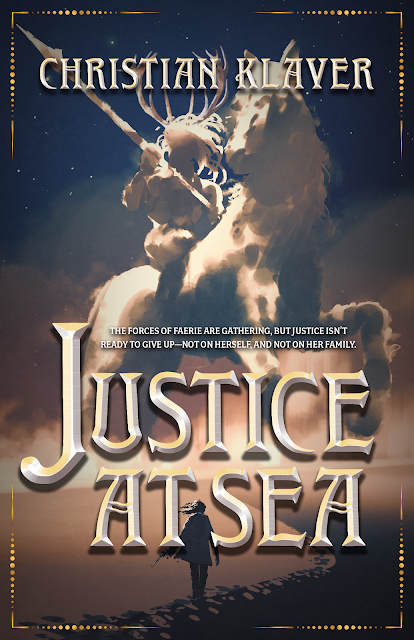 ​The tides of the Faerie War are turning, but at how high a cost for the Kasric family?

Justice Kasric, her siblings, and her parents are locked in combat on both sides of the Human-Faerie War. At fifteen, Justice may be the youngest ever Admiral to command her own ship and lead a resistance, but she has the magic and the will to do it. If only nearly every other member of her family weren’t either in immediate danger of dying—or attempting to kill her!

​Forced to make dangerous pacts with more than one unpredictable ally, only Justice can decide how far she’ll go to save London. Is it worth sacrificing even a member of her own family.

I’m thinking one for fun and comfort, one classic that really bears up under repeated reads, and one I’ve always wanted to know well but haven’t actually read yet, so, in that order: Zelazny’s Lord of Light (or Chronicles of Amber, if I can pick a collection), Hemingway’s In Our Time, Collection of E.E. Cummings poetry.

How long have you been writing?

Almost 40 years. Maybe more. Since I can remember, honestly.

Who is your favorite character in the series?

Justice, of course. That’s how you decide who gets to be the main character! That being said, Brocara the dragon was a joy to write.

In today’s tech savvy world, most writers use a computer or laptop. Have you ever written parts of your books on paper?

I have written entire books on paper in the beginning. But not, the default for both is on the PC, of course, but not always. Writing on paper is a great tool to getting unstuck, particularly in the outlining and planning stage. I usually maintain one outline in a word doc, but redo that outline on paper, usually from memory, as many as 10-20 times during the writing, to rethink things that I missed. Or I’ll do it in fragments, outlining just Faith’s portion on paper to pick at the pieces. Shadows Over London took me a much longer time to write than most of my books do now, so that process ran super long.

Where do your books take place? Is there a reason why you chose that setting?

I apparently have a fascination with Victorian England, because I have two series that take place there: The Empire of the House of Thorns (with Justice and her misfit crew) and the Classified Dossier – Sherlock Holmes & Dracula (where I play with Holmes, Dracula and a number of other iconic characters). 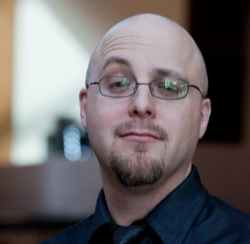 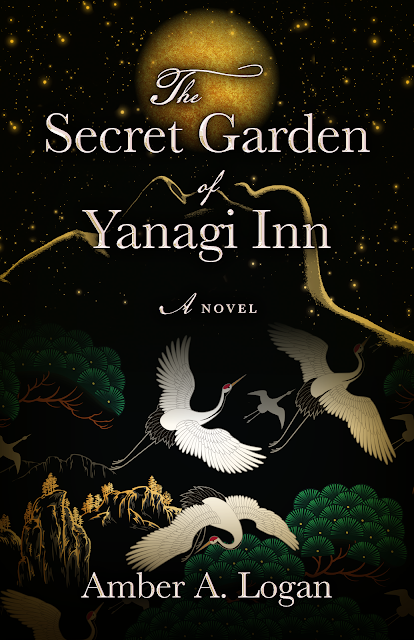 Grieving her mother’s death, Mari Lennox travels to Kyoto, Japan to take photographs of Yanagi Inn for a client. As she explores the inn and its grounds, her camera captures striking images, uncovering layers of mystery shrouding the old resort—including an overgrown, secret garden on a forbidden island. But then eerie weeping no one else in the inn seems to hear starts keeping her awake at night.

​Despite the warnings of the staff, Mari searches the deep recesses of the old building to discover the source of the ghostly sound, only to realize that her own family’s history is tied to the inn, its mysterious, forlorn garden . . . and the secrets it holds.

Everywhere, really. I’m always on the lookout for fairy tales, folk tales, and old stories that I can retell. Sometimes I find a story and think “I HAVE to write this” and other times I’ll have a vague plot or a specific character in mind and then I have to find a story that it can map onto.

A tricky question, but thanks for giving me three books, instead of just one! I’d have to go with Hard-Boiled Wonderland and the End of the World by Haruki Murakami, Dragons of Autumn Twilight by Margaret Weis and Tracy Hickman, and The Hitchhiker’s Guide to the Galaxy by Douglas Adams. Different books for different moods, and all good comfort reads for me.

What advice would you give budding writers?

Always be prepared to move on to the next project. The moment you finish one, start writing on the next. In fact, I love to always have one book in the percolation/plotting stage, one that I’m drafting, and one that I’m editing. When I was in the querying trenches, I would query one book until the next book was ready to go, so that I didn’t have to mourn the shelving of a book because I was already excited and ramping up with the next one. This practice will serve one well as a writer.

Are there any books or writers that have inspired your writing?

Definitely. I take inspiration from many places; I think it important for writers to read widely, in a variety of genres, because you never know where inspiration will strike. I certainly find myself inspired by the Japanese author Haruki Murakami (my PhD thesis heavily involved his writing), and of course I am always influenced by the original stories I am choosing to retell (so, in the case of The Secret Garden of Yanagi Inn, I was of course inspired by The Secret Garden by Frances Hodgson Burnett).

Who is your favorite character in the book?

My favorite character in The Secret Garden of Yanagi Inn is probably Honda-san, the nature-loving Buddhist nun. I love that she is friends with wild animals and is so at ease in her own skin. Plus, she is a creative problem-solver, which is a skill I highly value. 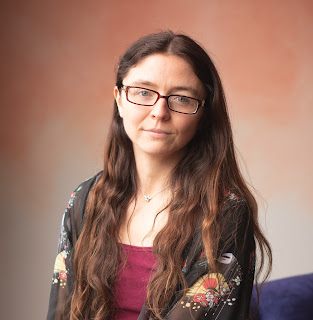 Meet the Author:Amber A. Logan is a university instructor, freelance editor, and author of speculative fiction living in Kansas with her husband and two children—Fox and Willow. In addition to her degrees in Psychology, Liberal Arts, and International Relations, Amber holds a PhD in Creative Writing from Anglia Ruskin University in Cambridge.connect with the author: website ~ twitter ~ facebook ~ instagram ~ goodreads
Enter the Giveaway: