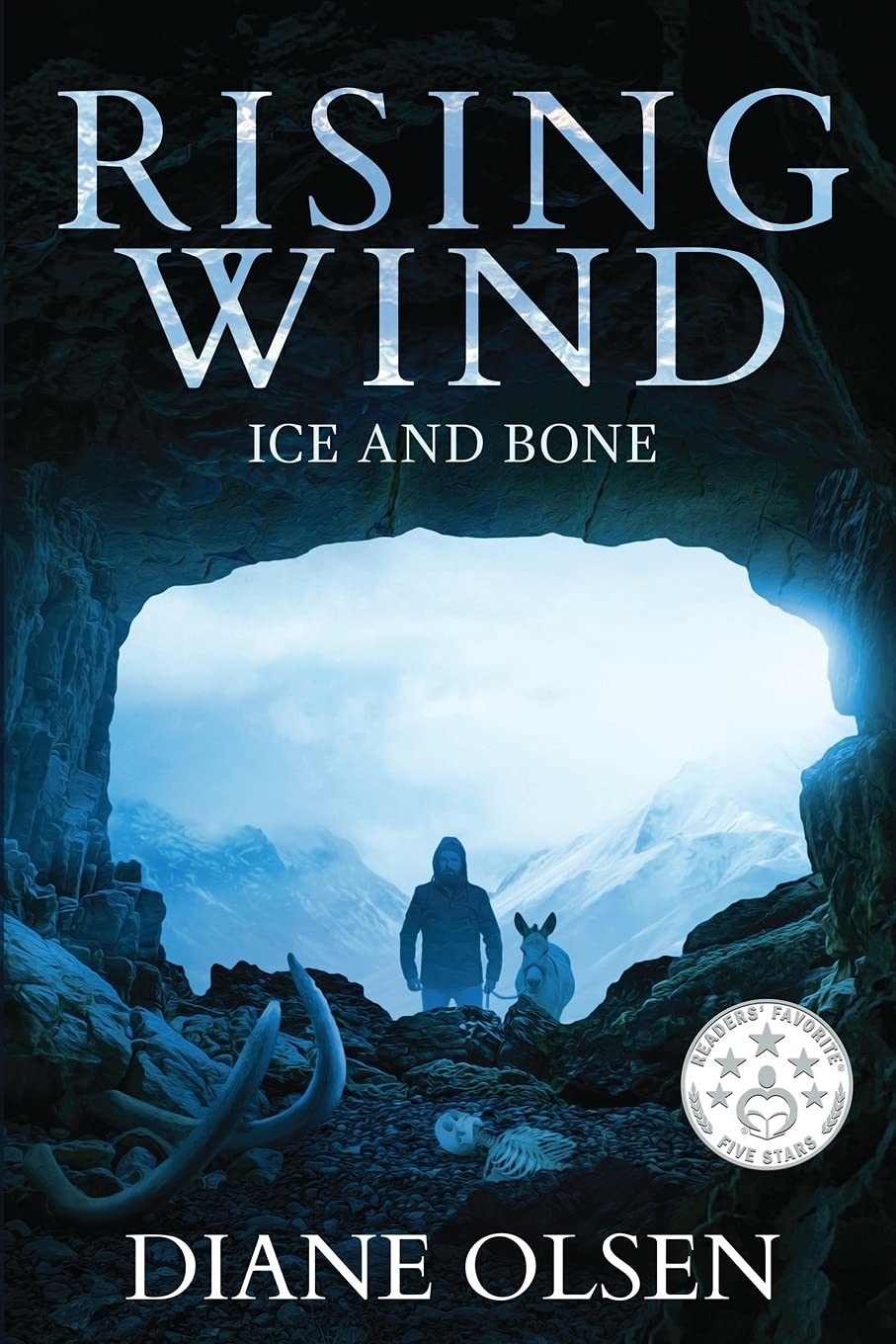 Paleontologist Dr. Secora James is still reeling from injuries sustained in the previous summer’s mountain top battle and the adoption of Monta, an Andean orphan. Her best friend, Gideon Yellow Thunder, has something important to discuss. Still, before she can listen, Secora receives a desperate call from a fellow paleontologist, Billy Riggins, who’s under attack at a mammoth site in Western Washington.

Secora travels from Montana with Monta to find out if Billy is dead. Will her growing knowledge of his taboo discovery and the accumulation of indisputable proof also threaten her life and that of her tiny daughter? Where is the skeleton? Gideon, shaken by the realization Secora will always be rushing away from him, leaves town to help a client solve a mystery in remote Western Montana. There he meets Kamal, the owner’s son, and caretaker Jake Lansing.

The three men are attacked by a dead-eyed assassin who wounds Kamal, then seals them inside a cold, wet mine. Jimmy Lizardeye, a Lakota Wichasha Wakan and Gideon’s close friend and mentor, asks Secora to meet him near West Glacier. Jimmy is worried; he is unable to reach Gideon by phone or in spirit. If he and Secora can track the victims down, can any of them rebound from the cave-in and hypothermia?

A few days later, Secora hears from the university’s Anthropology department; her sister, Iris, and good friend Jane have disappeared with their team of students into the Peruvian Yungas. She must leave for South America with Jimmy and a university-sponsored team, including two treacherous companions. What about little Monta?

Secora’s parents are away traveling teaching, the babysitter can’t handle an extra child for an entire week, and she can’t leave the baby with a stranger. They must embark on another dangerous journey together.

Will her baby be safe? Her circle of family and friends is critically important to her, yet they’ve all seemingly disappeared in a matter of days. Will she survive personal tests, assassins, and terror birds? Can she manage the loss of those closest to her?

Thrilling events cause bonds to strengthen throughout her spiritually and culturally diverse extended family.

Other Book in the Rising Wind Series: 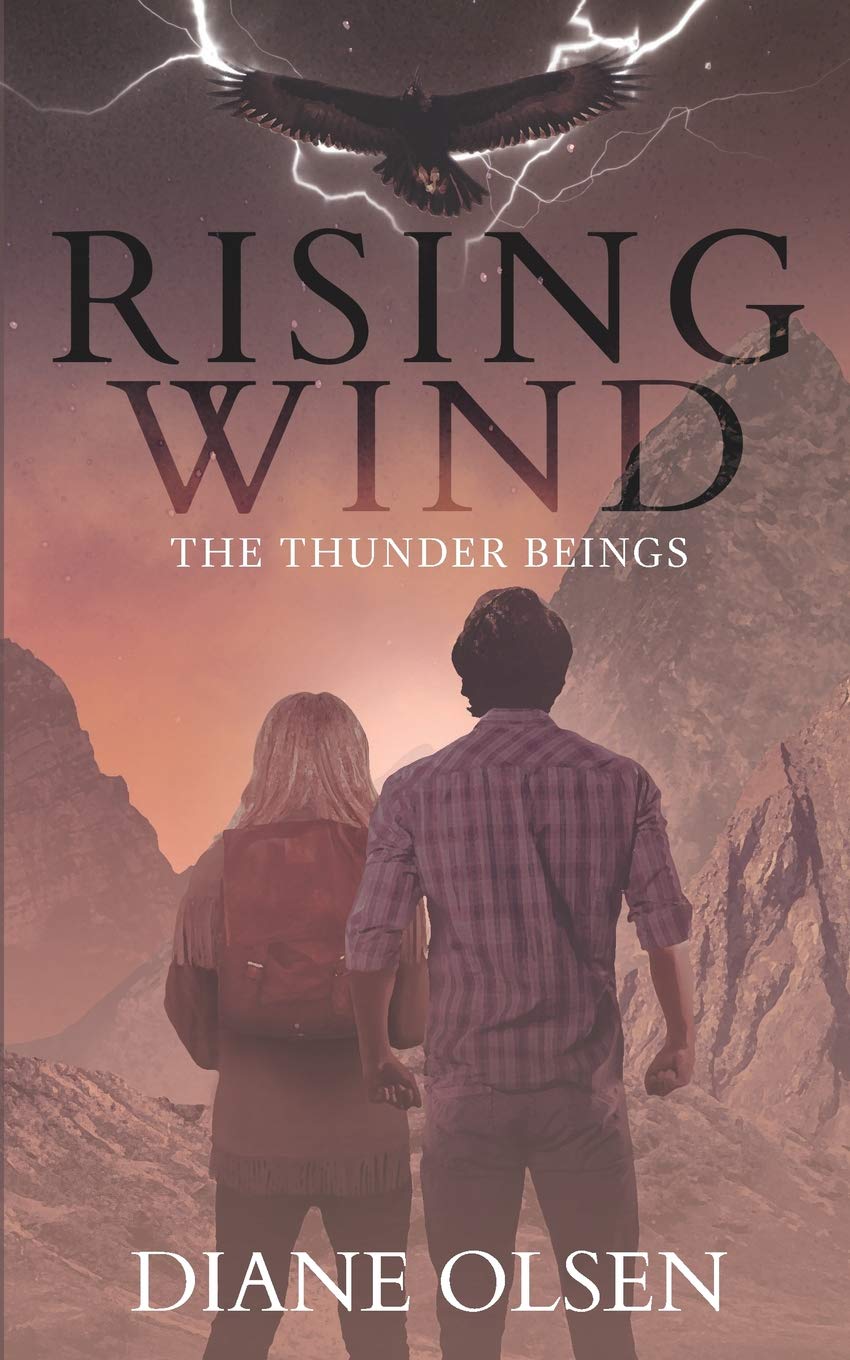 When impassioned paleontologist Secora James is summoned to South America to confirm or dispel rumors of a creature long-thought extinct, she lands herself in more trouble than she had ever imagined.

Secora knows that the Mapinguari, a giant ground sloth that rivals King Kong for size, is probably just a local myth dreamed up by the indigenous tribes. Or is it? Gideon Yellow Thunder is Montana’s top real estate broker and is perfectly content with his modern life, choosing to leave behind his Lakota heritage in order to lead a life of wealth and success. But when he starts having visions of bison on the open prairie, he feels compelled to act… Now two separate lives are on a collision course as Gideon sets off for the jungles of Brazil to find a woman he’s never met and protect the sacred beings he’d long given up believing in— the Thunderbirds. Could they be real after all? Or are they just a myth? Gideon’s about to find out in the adventure of a lifetime, where everything he’d pushed aside is determined to leave its mark on his life. Hoka hey! It’s a good day to die. 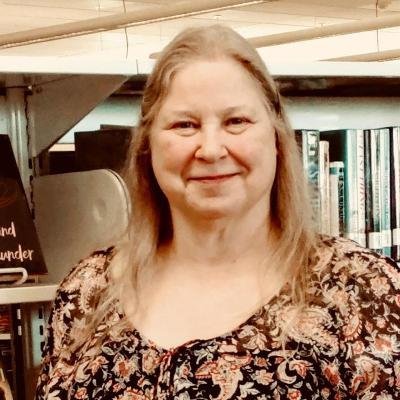 Diane Olsen is the prolific writer and award-winning author of her debut book titled; “Ancient Ways: The Roots of Religion,” a Bronze Medal Winner awarded by Christian Illuminations Book Awards.”

Diane’s debut release of “Ancient Ways” is thought-provoking and an informative look at the development and evolution of religion throughout time and a well-considered concept – the idea of a connective thread of monotheistic faith throughout history from the birth of human creation. Now comes her new release and book series titled; Rising Wind: The Thunder Beings” and Book Two of Rising Wind: Ice and Bone (Books 1 & 2Series.)

Adapted from an original screenplay she had several years ago, she has now written it in book form for her readers to enjoy as an amazing Multicultural Fiction, Action-Adventure Mystery with the essence of ‘God’s Hope for all of Humanity’ woven throughout this series.

Born in Colorado Springs, Colorado, she now lives in the beautiful Pacific Northwest in Washington state. She was an undergrad at Colorado State University Ft. Collins: Pre-vet med, Anthropology, then attended and received her BA and MA at the University of Montana, Missoula: Anthropology, Archaeology, and Paleontology. She was a Graduate Teaching Assistant for two years.

Diane has raised two sons Andrew and Gavin, has four grandsons Dylan, Brayden, AJ, and Asher. She is an animal lover and enjoys living in Washington State with her two girls (doggies), “Ladybug and Charlie,” along with two ancient “retired” Zebra, finches, one African Black-footed Cat. She has raised sheep and goats and about 40 other species of critter over the decades.

Diane enjoys writing, reading good books, spending time with her grandkids, and cooking. A few of her favorite books are ‘The Book of Certitude (Kitab-i-Iqan), The Upanishads, and The Great Initiates.’