This post is part of a virtual book tour organized by Goddess Fish Promotions. Lisa Beth Darling will be awarding a $10 Amazon or B/N GC to a randomly drawn winner via rafflecopter during the tour. 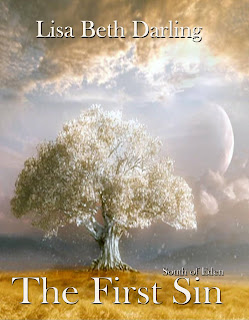 Lucifer is unceremoniously yanked out of Hell by his Father so he can return to his old job in the Garden of Eden. When he arrives, broken, battered, and bleeding, he falls into the arms of Eve who is unsure about seeing her old lover again as are the people now living in a dying paradise.

Tasked with returning the Sacred Trees of Life and Knowledge to flourishing bounty once more, Lucifer struggles to learn his new place in his old home. Yet, he hasn’t been placed there solely to tend the Garden. His son, Cain, is on the way with murder and destruction on his mind.

Having lived, cursed by God, for eons, Cain Enoch has made quite a name for himself and amassed a fortune that would make even his Grandfather envious and with it he’ll stop at nothing to find Eden and destroy. Why? So he can finally die even though it means taking the Earth, Heaven, and Hell with him.

“If you’re still God, Chuck, and I think you are, why don’t you just fix whatever is wrong with the place? If you want me to go back to Eden then something is definitely seriously wrong because you banished me for eternity…remember?”

Chuck made a hard but very truthful confession, “Yeah, it wasn’t my finest moment.”

“There’s an understatement,” Eve huffed and took another drink.

That got his hackles up, “To be fair, Eve, you did go against me. You did eat that apple.”

Eve laughed again, “It was the sweetest most juiciest apple I ever had. That’s not why you cursed me and we both know it. So cut through the bullshit and tell me what’s going on.”

The time had come to lay his cards on the table for her to see and so he did even though it was most difficult, “It’s dying, Eve, Eden is dying.” Although he knew he shouldn’t, Chuck tried to reach for her hand to show her his sincerity but she pulled it away. “I need you to go back and be its caretaker again.”

That seemed impossible almost laughable but the desperation in Chuck’s eyes kept the laughter coming to her lips at bay. “I was never its caretaker that was Lucifer’s job.”

Chuck cleared his throat, “Yeah, well, my rebel son is still busy in hell, so I come to you.” He raised his eyes hesitantly to meet her gaze, “A Celestial must sit on the Throne of Hell, Eve, I needed Lucifer to fill that spot. I know you hate me for it but I didn’t have another choice.”

Darkly she whispered those words again, “That’s not why you did it.”

Getting angry again, Chuck muttered, “He taught you that trick, didn’t he? That Soul Stare thing he does.”

“It’s not a trick, Chuck, and no I don’t have that power you’re just easier to read than Dr. Seuss.”

Chuck began to stand up but Gabriel’s hand closed over his again keeping him in his place. “That won’t get us anywhere, Dad. Face it you got a lot to answer for here, don’t you? So let’s just not smite each other and figure this out.” 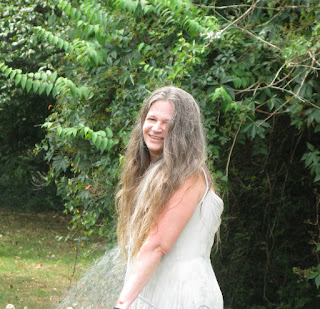 As of this writing, I am 54 years-old, the mother of two adult daughters, grandmother to one, and wife to my husband, Roy, for the last 34 years. I live and write in my hometown of New London, CT.

I began my writing career in the 4th grade when the class was given its first-ever Creative Writing assignment. I put pencil to paper and was instantly transported to a place I knew that I would never want to leave. I have been publishing my works since 7th grade.

Early influences were Stephen King, Mary Higgins Clark, Harold Robins, Jacqueline Susan and VC Andrews. As such, my works tend to be a grand mash-up of drama, horror, suspense, action, intrigue, and, of course, intimate relations.

My stories are filled with secrets, lust, betrayal, and sometimes rage, they may keep you awake into the wee hours of the morning cheering, weeping, and captured by suspense as our heroes and heroines have their love tested by demons who reside within and without.

In my spare time I enjoy gardening and photography as well as cooking and baking. I also enjoy helping other authors bring their works to the world stage.