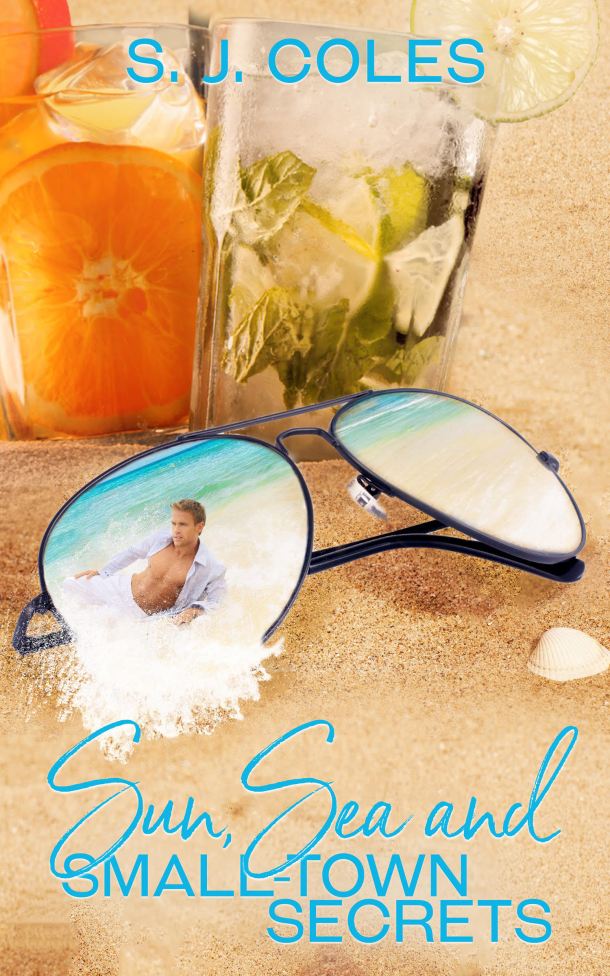 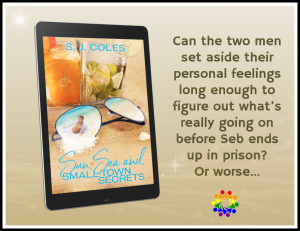 I turned back. He was stood by reception looking thoughtful, scratching at the stubble on his cheek.

His smile was friendly, but his eyes were weighing me

up with a dark intensity I couldn’t penetrate. Whatever it was going on here, saying yes, I knew, would be a very bad idea.

His own smile widened, and he nodded. “Bon. I will meet you outside.”

I was grinning like a teenager with a crush as I stepped back out into the street. The fresh breeze dried the clamminess on my face and swelled in my lungs and chest. A small confidence boost could only help my productivity, I decided. I still wasn’t sure what exactly his interest was. Heavy looks or not, I got exactly zero read on his sexuality. But surely even French police didn’t take witnesses for coffee?

I was so busy retrospectively analysing his body language in the interview room—Did he extend his leg toward me? Rest his hand near mine?—that I didn’t hear him behind me until he said my name.

“Apologies,” he said when I started, and a small smile twitched the corner of his mouth. A pair of sunglasses hid his troublesome eyes from view. He’d slung his jacket over his arm and, with the bright sunshine glinting in his corn-blond hair and off his white teeth, I suddenly wondered how I ever considered him plain.

We turned back. Adjudant Rayne was hurrying toward us. She fired French at him whilst frowning at me. Damboise replied calmly, and she said something more, her eyes leaving me to send Damboise what was unmistakably a warning look.

“C’est bon,” Damboise concluded. “This way,” he said and turned toward the seafront. Rayne watched us leave with her arms crossed and expression grim.

“You misunderstand,” he said without looking at me. “She was just reminding me of some paperwork that is late. I will do it after a bit.”

I spent the rest of the walk pondering the possible reasons behind his lie.

The breeze was brisker and the air fresher as we stepped out onto the seafront boulevard. The beach was crowded with families—the children running, laughing and shrieking in the gentle swell of the shallows. The boats bobbed sedately in the harbour, shining all the colours of the rainbow under the bright, sapphire sky. Bicycles whizzed up and down the road, baskets laden with groceries or bottles of wine. The men with guns seemed like a distant dream.

I followed him as he crossed the road to the Café De La Mer.

“You have been here before then, yes?” he said as he pulled out the chairs around one of the plastic tables under a blue-and-white parasol.

“The first day I got here,” I said, a little warily as I surveyed the clear view of the harbour. “The coffee is good, but I think it’s better at Cafe Maman.”

“Oui,” he said, hanging his jacket on the back of his chair and sitting. “I would say that is true. But have you tried the chocolat chaud?”

“Hot chocolate?” I translated dubiously, taking the other chair. “I don’t much like it.”

“Just wait,” he said, signalling a smiling waiter with a raised hand and placing the order. Damboise made meaningless small talk for the interval until the waiter returned. I blinked, surprised, as he set the shallow cup half-full of dark liquid that looked more like espresso than chocolate in front of me.

“What, no squirty cream? Marshmallows?” I asked with a half-smile as Damboise lifted his small cup in his distractingly delicate grip.

“We respect chocolate too much to pollute it so. This is the local recipe, melted then mixed with a splash of cognac. Go ahead. Try it.”

I lifted the cup to my face and inhaled the rich, thick scent. It was sweet, yes, but savoury too—bold, rather than cloying. It reminded me of fresh-turned earth, with a slight smokiness, like when the wind brings the scent of a distant bonfire. I drank. It was so thick that I could almost chew it. It tasted like it smelled—rich and earthy, with the spice of tree bark and apricot from the cognac.

“Yeah,” I said, tipping the cup farther to coax more into my mouth. “This isn’t like the instant stuff.”

“In France, nothing is instant. Everything is slow. Considered. Deliberate.”

“I’m beginning to get that,” I said, scraping the remains of the chocolate with the tiny spoon that had come with it. Damboise smiled at me, sipping his own drink like someone sampling a fine wine, then he dabbed his lips with a napkin.