Book Title: Lillian and the Italians

Tropes: Bi-guys and their parents

Themes: Mother comes to terms with finding her son is bisexual

Looking for her wayward son in 1960s Italy, an English widow encounters revelations and begins a dangerous romance.

In Venice Lillian Rutherford meets the ex-gigolo who has shared the last four years of Andrew’s life; his disclosures force her to confront a side of her son that she never suspected – he is bisexual. Going on to Amalfi, she meets the charismatic Prince Massimo Monfalcone, whose gay playboy son is being held to ransom in Corsica with Andrew. Massimo distracts Lillian with his life story: his first wife was murdered in a Sicilian blood-feud; his second wife killed herself because of his infidelity. As they wait for news of their sons, a bond grows between Lillian and the Prince…

Massimo led her across to a wooden bench overlooking the steps down to the platform of rock and the barely whispering sea. ‘I love this house,’ he said as they sat down, ‘but the Amalfi coast doesn’t have much to offer the boys compared to Sardinia or some of the other jet-set hang-outs. Positano used to be chic but it’s become very touristy.’

‘At their age a touristy place ought to be what they’d want: discotheques and bars.’

‘Fausto’s happier in a crypt full of old ledgers, and Fabio prefers to be seen where it’s fashionable to be seen. If he was hanging about in low dives with working-class types and slumming tourists I’d be worried about his security. There’s safety in numbers with his rich society friends, but I do worry that he may acquire a taste for dangerous vices.’

Lillian took a deep breath that owed nothing to the steps. She said: ‘I hope Andrew won’t be a bad influence on him.’

Massimo stared deep into her eyes. He said: ‘On the contrary, he may be a better influence than some of the crowd he usually hangs around with. Your son has a certain amount of culture and sophistication. Perhaps some of that will rub off on Fabio.’

He nodded. ‘At Fabio’s birthday party in Siena last April. I didn’t stay long, I didn’t want to spoil his fun with his young friends, but, yes, I met Andrew. He has a lot of charm and although he pretends to be shallow and cynical, I could see that he was a man of sensitivity and deep feelings underneath.’ He paused, still looking at her. ‘The sensitivity he gets from you, I’m quite sure. The shallowness is, I think, a thing of his own making. His looks come from his father’s side, I guess, but there’s something that connects you and him just as there is with me and Fabrizio although he’s the image of his mother. That something, that connection, is what has brought you to Italy. I would go to the ends of the earth for either of my sons.’

A driver tooted his impatience on the next headland. Lillian’s eyes were filmed with tears which she managed not to shed. ‘We’re keeping them waiting,’ she said, gesturing at the group of men at the car.

‘They are paid to wait,’ he said bluntly. ‘This is an important moment for you, for us.’ He took her right hand and held it between both of his. ‘Lillian, if you need to cry, you should cry. There can be no shame between us, the parents of two difficult sons.’

Freeing her hand, she took another deep breath. ‘My son is homosexual,’ she said, meeting his penetrating gaze.

‘He’s more than twice the age of your – Fabio.’ The boy’s name was finally fixed in her mind. ‘He may – corrupt him.’

Massimo smiled into her eyes. ‘My dear Lillian, it’s possible that my useless son will “corrupt” Andrew, who has given up the practice of interior design to go sailing with him. My son too seems to be homosexual. Of course at seventeen he may grow out of it, although I think not in his case. It’s a disappointment, but there are worse things he could be.’

‘I can’t think of many,’ said Lillian wretchedly.

He mocked her with a gentle laugh and patted her hands. ‘By the time I was seventeen I’d made love to every available girl in our village as well as some of their mothers and even some of their brothers.’ Lillian, with an effort, managed not to look shocked. ‘I was lucky,’ he continued. ‘Girls were supposed to be virgins until they married, but a surprising number of them were available for the grandson of Don Massimo Monfalcone. For many Sicilian boys to this day homosexual activity is one of the more respectable ways of acquiring a bit of experience before marriage.’

Lillian supposed he was hinting at some form of degeneracy that was thankfully beyond the reach of her imagination. ‘I shouldn’t be telling you this,’ he apologized. ‘I’m trying to make the point that boys do things they mostly grow out of. I did. Andrew apparently hasn’t. Maybe Fabio will, maybe he won’t, but whatever happens I don’t think your son will have much to do with it.’

‘Between you and Carlo I seem to be getting a whole new sexual education at the age of fifty,’ she said.

He laughed again. ‘Is that how old you are? One would never think so.’

David Gee has worked in London and the Persian Gulf. His previous novels include Shaikh-Down and The Bexhill Missile Crisis, a prequel to Lillian and the Italians. He lives on the UK south coast near Brighton. His website and blog are at: www.davidgeebooks.com 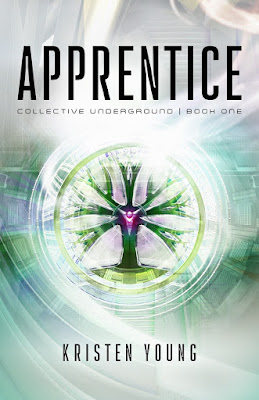 The Love Collective is everywhere.
It sees everything.
Be not afraid.

Apprentice Flick remembers everything, except the first five years of her life. And for as long as she can remember, Flick has wanted to enter the Elite Academy—home to the best, brightest, and most loyal members of the Love Collective government.

Flick’s uncanny memory might get her there, too … even if it is the very thing that marks her as a freak. But frightening hallucinations start intruding into her days and threaten to bring down all she has worked so hard to accomplish. Why is she being hijacked by a stranger’s nightmare over and over again?

Moving to the Elite Academy could give Flick the future she’s always wanted. But her search for truth may lead to a danger she cannot escape.

Welcome to the Nursery, children.
Here, you are safe.
Here, no Haters can harm you.
Here, you are never beyond our sight.
Love all.
Be all.
—Supreme Lover Midgate.

Some things should never be forgotten—at least, that’s what they tell me. I can’t forget anything. Not what I had for breakfast last week (regulation protein cereal). Not the Collective News broadcast from last month (Supreme Lover Midgate wanted to wish us all “a very happy Triumph of Love season.”). Not even my first Hater Recognition Sign (Haters can’t love. Period.).

Usually I can block most of it out, but sometimes it bubbles over, and I end up getting in trouble. Like when I recite my Dorm Leaders’ exact words back to them. Or worse: when I recite what they said four years ago.

The name “Memory Freak” sticks to me like static electricity.

I’ve been living here in the Nursery Dorms for as long as I can remember. And that’s where my head gets weird. Because as far as I can tell, my memories only start when I’m already a kid. Before that first day in the dorms? Nothing. After that day? Picture-perfect recall, all ten years of it.

I get it. In Nursery Dorm 492, every day is almost a mirror image of the day before. At precisely 0630, our stim-beds wake us up. Like drones we all file into the communal bathrooms. Then it’s across the dorm campus to breakfast—hundreds of kids in regulation white jumpsuits, names embroidered on our lapels in case we forget. Not that I ever would:

There’s drill practice at 0830. Hater Recognition lessons at 0945. Love Collective History from 1030 until 1300. More drills. More apps. By the time 2030 kicks around, we’re tired out and ready for the warm tickle of our stim-beds again. In between, it’s a case of learn-as-much-as-I-can and avoid Myk, Bez, and Fedge. I call them the Three Fists because that’s all they know how to use.

I don’t have to worry about them for too much longer, though. I’m not going to be in the Nursery Dorm forever. No way. One day, I will get so far away they can’t find me. One day, I’ll get out of here and fly all the way to Elite Academy. 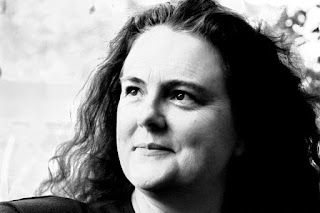 A Scottish-born Australian author, Kristen Young has worked with children and youth for decades. She writes fiction and non-fiction for teens, and always has a notebook on hand to capture stray story ideas. In her spare time she loves hanging out with her family, watching movies with subtitles, and enjoying a little too much chocolate.