Welcome to my stop on the tour for The Legend of Black Jack by A.R. Witham! Read on for more details!

The Legend of Black Jack

Jack Swift can tell you every element on the periodic table, recite Treasure Island verbatim, and would remember in perfect detail every word you’d ever say to him. He has been alone for a long time, so he has buried himself in books, using them to plan his escape.

But no textbook could ever prepare him for the land of Keymark.

At 3:33 a.m. on his fourteenth birthday, Jack is kidnapped by a hideous monster to another sphere of existence. Now there are two moons in the sky, and he is surrounded by grotesque creatures and magical warriors training for battle. They want the impossible: Jack must use his abilities to save a life or be trapped in this bizarre world with no chance of rescue.

Jack doesn’t have secret magic, a great destiny, or any experience.

So why do they all expect him to become a legend?

The operating room was anything but sterile. The floor was pounded-down dirt, the walls were splintered wood that collected dust by the handful, and the smoking fire in the corner exhaled nearly as much soot into the room as up the chimney. It was dark, it was dirty, and it put the odds against Jack Swift before he even began.

Jack had two concerns, other than the obvious: that Xiang-lo would die the moment he touched him. The first worry was the anesthesia. Dr. Richards had told him repeatedly that in almost any surgery, the drugs used to put the patient to sleep were by far the most dangerous part of a procedure; more men had been killed by a tiny slip in the amount of medication used than from any mistake a surgeon made. The gas passers, as Richards called them, were the background heroes of the operating room, and kept their patients walking the thin line between sleep and death.

Jack had made the calculations for the correct amount of anesthesia, but in the end, it proved unnecessary. Memphis would keep Xiang-lo asleep. Such majik was well within the monster’s mastery, said Valerian, and keeping Xiang-lo out of consciousness and out of pain would be the rhino’s task during the procedure.

The second concern was more personal. “I don’t want to see his face.”

Valerian nodded as if he had been expecting the request. “That has been arranged.”

Good. So the knight understood. “Not just his face,” continued Jack. “I don’t want to see any part of him other than his belly on the right side. There are medical sheets in Memphis’s bag; cover him with those. His chest, his legs, but especially his face. I don’t want to see it.”

Surgery was just like carpentry. Jack had to remember that. But the only way to treat a man like a block of wood was to remove his face, remove his personality, remove any trace of humanity from him…and even then, he would still be a Pinocchio.

If everything went well, Jack would love to hear about Xiang-lo, about who he was, what his dreams were, and how he’d lived his life. But right now, all Jack wanted to know, all he could know, was where to cut.

Besides, some darker part of his mind chided. You don’t want another face haunting your dreams when you kill him.

A.R. Witham is a three-time Emmy-winning writer-producer and a great lover of adventure. He is the world’s foremost expert on the history of Keymark. He loves to talk with young people and adults who remember what young people know.  He has written for film and television, canoed to the Arctic Circle, hiked the Appalachian Trail and been inside his house while it burned down.  He lives in Indianapolis.

If you would like a sneak peek at his upcoming work or upcoming events, please reach out to him.

I am thrilled to be hosting a spot on the HARLEY JAMES AND THE MYSTERY OF THE MAYAN KINGS by Leah Cupps Blog Tour hosted by Rockstar Book Tours. Check out my post and make sure to enter the giveaway! 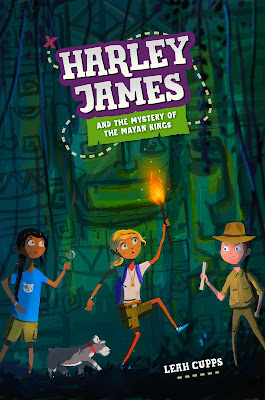 Title: HARLEY JAMES AND THE MYSTERY OF THE MAYAN KINGS
(Harley James Adventures 1)

Will Harley Find the Missing Mayan Statue & Save the World?

Amateur cryptologist Harley James has just landed in the sticky jungle of Tikal, Guatemala—home to the famous Mayan ruins. She’s made a few friends, a few mistakes…and a ground-breaking discovery.

The legendary statue of the long-lost Mayan King.

Just as she is about to impress her father with her discovery, the statue is stolen. Right from her own room!

And what’s worse? The legend says if the statues of the three kings are reunited, they’ll bring back an army from the dead to rule the world.

Follow along with Harley as she tracks down the missing Mayan statue, solves a few riddles and stumbles upon a secret society that will change her life forever!

Then something weird happened. The ground beneath began to rumble.
Was this an earthquake?
It wasn’t that unusual for an earthquake to happen in Central America. But right after I placed the sixth symbol? That was a little odd.
The stones in front of me suddenly began to move, and I pulled Daisy back as several rocks began to fall. We huddled together near the ground. I placed my hands over my head and squeezed my eyes shut. A few seconds later, the shaking stopped.
I looked up. The center of the wall that held the carved stones had crumbled into a pile at my feet.
So much for solving that riddle.
“Come on, Daisy, we better get back,” I said, pulling on her leash.
If my overprotective dad knew I was by myself in the jungle during an earthquake?
I shuddered at the thought.
But just as I was about to leave, my eyes caught on a peculiar green glow coming from the pile of stones.
Daisy must have noticed it too, because she walked back over to the spot. As she sniffed the ground, I saw she was standing over a small object that appeared to be lit from within. I squatted down and took a closer look.
It was a little statue, about as big as an eggplant. I reached down and touched it, feeling the cool surface on my skin. Perhaps it was made of jade?
I could hear Dad’s voice in my head shouting, You should be wearing gloves!
Well, he wasn’t here, so I picked it up.
It had to be a real Mayan artifact. What else would it be doing here in the jungle?
Then I got that weird feeling you get when someone’s watching you. I spun around and looked every which way I could. Leaves were moving off toward the temple as if someone had just parted them.
I figured I had a few choices. I could run the piece back to Dad and share my discovery. That would be the obvious thing to do.
Or I could do some research of my own, find out who this little guy was. Maybe if I found out enough, I could convince Dad that I was old enough to explore on my own.
What should I do?
One thing I did know was I had to get out of there. The waving tree limbs gave me the heebie-jeebies.
And then, the answer hit me.
I’d pay a visit to my friend, Aly, whose parents managed one of the museums here in Tikal. She could help me figure out what it was.
“What do you think, Daisy girl? Should we get out of here? Check this one out ourselves?”
Daisy yipped back, obviously agreeing with me.
I stashed the statue in my backpack and set off towards our rental house in the village. First, I had to stop at home and enter this week’s answer for the cryptography competition. After that, we’d head over to the museum.
I didn’t know it at the time, but that little statue I had stuffed in my backpack?
It was about to get me into a whole world of trouble. 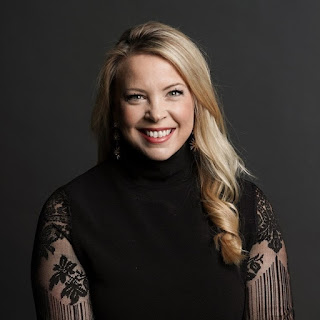 Leah Cupps is an author, designer and entrepreneur. She came up with the idea for Harley James with her oldest daughter Savannah. Savannah had taken an interest in Mayan history and so the two of them worked together to come up with the idea for the first Harley James book; the Mystery of the Mayan Kings. Leah lives in Indiana with her husband and three children. She is also the cofound of Vision Forty Press, a small family owned publishing company.

1 winner will receive a finished copy of HARLEY JAMES AND THE MYSTERY OF THE MAYAN KINGS, US Only.

I am thrilled to be hosting a spot on the VERSE BOOK 2: THE SECOND GATE  by Sam Beck Blog Tour hosted by Rockstar Book Tours. Check out my post and make sure to enter the giveaway! 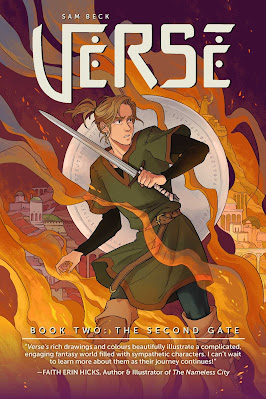 THE BATTLE FOR THE FUTURE OF MAGIC HAS TAKEN ITS FIRST PRISONER.

Held captive by the leaders of a dangerous new movement, Neitya is forced to face a darker side of her abilities that threaten to tear her away from Fife, her only true friend. The only way back to one another may be to follow their destinies down divergent paths and discover what it means to face their worst fears alone.

“An intricately woven tale of magic and mystery, Sam Beck has written and illustrated an unforgettable story.” — Victoria Ying ― Illustrator – “Diana Princess of the Amazons,” “I Kissed Alice,” and more!

“Verse is the sort of book you spend hours pouring over, even after the first read. Every single page is a visual delight – I lingered on every panel and relished every page-turn. Sam expertly crafts a sprawling world full of gripping characters and thrilling stakes that transported me to another dimension– it’s the kind of book I would have devoured as a teenager, and certainly still love now.” — Hannah Templer ― Artist – “Cosmoknights” 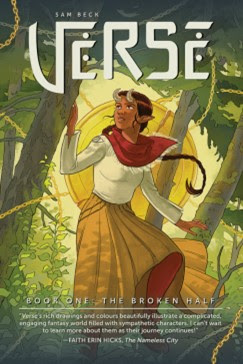 To see and hear Sam talk about VERSE, click on the YouTube link below for her Zoom chat at the 2021 US Book Show, entitled: MAGIC IS REAL.

List your favorite graphic novels or comics from when you were a child and talk about how you see them as an adult.

There are three mangas I always list when asked this because I think they all had a really big impact on the kind of stories I like to read and write (or at least aspire to). I read Full Metal Alchemist by Hiromu Arakawa and Trigun by Yasuhiro Nightow as a teen and the way characters were written really stuck with me. They are complex and their relationships with each other are complex as well. It felt like something I hadn’t seen in other novels I was reading at the time. GoGo Monster by Taiyō Matsumoto is the other graphic novel that I read a bit later on. It opened up the world of graphic novels to me and made me interested in them as an art form. 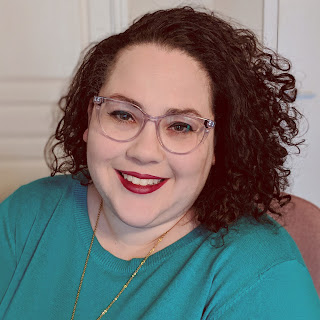 Sam Beck is a writer and illustrator living in Toronto. She likes to explore themes of identity and relationships through the lens of fantasy. Sam has done work with Dark Horse, Vault Comics, and BOOM! Studios. When she’s not drawing, find her admiring the forests of northern Ontario or playing the ocarina and guitar.

2 winners will receive a finished copy of VERSE BOOK 2: THE SECOND GATE, US Only.