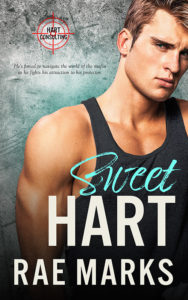 Book 1 in the Hart Consulting series

When Brayden stumbles into a covert operation, Sam has to keep him alive. Together they navigate their unexpected attraction and the world of the Ukrainian mafia.

Brayden Hart needs to find his older brother Mason and time is running out. Mason disappeared after being discharged from the military two years before. While on leave from the army, Bray follows a lead his friend has been able to find. When he knocks on the door of a dingy apartment outside Miami, the last person he expects to meet is the gorgeous but grumpy Sam Wheeler.

Sam denies knowing Bray’s brother and turns him away. But Sam is Bray’s only lead. Luckily, Bray’s childhood friend is one of the best hackers in the country and helps Bray follow Sam to Ukraine.

In Kiev, Bray falls blindly into the fray of a covert operation and Sam steps in to keep him alive. While navigating the choppy waters of the Ukrainian mafia, Bray and Sam fall into the bedroom. But what happens when the mission ends?

Bray pulled his gaze from the full lips he’d been watching as the man in the doorway, Sam, gave a flat refusal. He took a deep, calming breath and willed away his body’s response. Maybe he needed to back up a little and explain the urgency of the situation. He didn’t have a lot of time to find Mase, and this Sam guy was his best bet.

The guy blocking the doorway would be hot if his eyebrows weren’t pinched together so tight and his big, full lips weren’t turned down. Hell, he was still hot, even in full intimidation mode.

Sam’s honey-blond hair was longer on top and styled high. His groomed beard was just a few shades darker than the hair on his head and hinted at the tiniest bit of red highlights. Bray lowered his eyes again to Sam’s lips. Both were plump, but the top lip was a little fuller than the bottom one. That was rare, in Bray’s experience, but sexy as hell.

The tic in the jaw next to those lips brought Bray back to the matter at hand. He looked up into Sam’s cinnamon-brown eyes as he considered his options.

“I know you’re working with Mase and I have to find him. I’m—”

“I don’t know what you’re going on about, but I have shit to do.”

Sam tried to close the old, paint-chipped door in Bray’s face, but Bray stepped forward, using his foot as a doorstop. He wouldn’t give up that easily. Bray needed to untie his tongue and keep on task, no matter how sexy the guy was.

“I’m not a kid. I know he’s pulled some crazy stunts since he got kicked out—”

“You don’t know shit, kid. If you just got kicked out of the military and you’re looking for camaraderie and a job, forget it.”

As soon as Sam said the word ‘military’, Bray breathed a sigh of relief. Sam swore under his breath. So the guy definitely knew his brother. Sam flexed his huge biceps as he crossed his arms. His head dipped to one side as he leaned forward. Bray swallowed then a tiny breath escaped his lips as he imagined the man before him leaning in to steal a kiss. Was this guy Mase’s boyfriend? If so, his brother was one lucky bastard.

“Move your foot. Like I said, kid, you don’t know shit,” Sam ground out through clenched teeth.

“Just tell me what’s going on. Is he okay? If he’d returned any of my emails over the past two and half years, maybe I’d know more about what was happening.”

“You think I can help you?”

Bray gave one sharp nod of confirmation. Sam blew a breath out between his lush lips and dropped his arms to his sides. The crease between his brows eased a bit as he seemed to really look at Bray for the first time. He looked over Bray’s head down the hallway for a moment before coming to some kind of decision.

There was a pause. Bray assumed it was Sam digesting Bray’s last name, Mase’s last name.

“You got it written all over you, from your close-cropped cut to your military stance.” The guy rolled his eyes and shook his head. “I’ve got things to do, kid, so do you mind moving your foot—or do I need to move it for you?”

Bray wet his dry lips as he contemplated his choices. He could call Max for another favor, but if he went that route, he’d need this part to be believable.

“I can just sit out here and wait until he comes home.”

“You’ll be waiting the rest of your life, kid.”

“It’s Bray or Brayden, and I think you have a really good idea when you’ll be talking to Mase again.”

Looking over Sam’s shoulder, Bray took in the shit-hole apartment with its dingy brown carpet and walls so old that the wallpaper was peeling at the corners along the ceiling. A ceiling with tiles that had different-sized brown rings, a sure sign of water damage. Was this how Mase was living now? The thought made Bray’s gut twist uncomfortably.

If Mase needed money… Bray shook his head. Mase would never be the one to reach out, which was exactly why Bray was standing in the hallway that smelled like piss mixed with broccoli farts. Unless the inside of the apartment smelled better, he didn’t see how anyone could even think about putting a morsel of food into their mouth in this place.

If by chance Sam did talk to Mase before Brayden could get to him, he had to figure out a message most likely to get a response. Would Mase come home or even return a call if he knew the truth? Probably not. Bray bit his lip as he waffled. He didn’t like lying, and he especially didn’t like lying to family. He wasn’t sure he’d ever be able to forgive his father for his ‘little white lie’.

“When you see him, tell him Nickel needs him. Tell him it’s looking like it might be life or death.”

Both those statements taken separately were absolutely one hundred percent true. Nick might deny he needed their older brother, but he and Bray were twins. Bray knew they both required all the support they could get.

When Mase heard those statements together, Bray knew what he’d assume, and he’d have to apologize for it later. For now, he decided it was the best route. He had a feeling Sam would repeat those statements verbatim to his brother.

“Twins? There’re two of you running around wreaking havoc?”

“Nick wreaks more havoc and we’re not identical, so there aren’t exactly two of me.”

Sam’s only response was a raised eyebrow.

“I’m sorry. There’s no way I can help you,” Sam said with the shake of his head.

Even though Bray was anxious, he hesitated before lifting his foot. He needed Sam to think he was reluctant to leave. Sam was only a couple inches taller than Bray’s five-foot-eleven-inch frame, but he hunched down a little, so they were eye to eye.

Bray swallowed as energy began to hum under his skin at the man’s direct stare. He couldn’t be lusting after his brother’s boyfriend. Wetting his dry lips one last time, Bray nodded and lifted his foot. The two men stared at each other for a moment longer, until the sound of a baby screaming somewhere down the hall had Bray turning his head. Before he could even suck in another breath, the door in front of him slammed shut and the lock snicked into place.

With a dejected sigh, Brayden looked at the door for another minute. Guilt had his stomach tightening into knots. He couldn’t afford to stand around, though his hesitation to leave would probably work in his favor in case Sam was watching through the peephole.

When he pushed open the door of the building a few minutes later, Bray sucked in some of the fresh air. He didn’t even care that his clothes immediately glued themselves to his body with the humidity Florida was famous for. He was just glad to be out of the stench that had pressed down on him inside the apartment building.

After one last glance at the second floor, Bray walked down the sidewalk toward the parking lot. As soon as he was in his rental car, he dialed Max’s number.

“He wouldn’t even admit he knew Mase.”

There was silence on the other end. Max had warned him against making contact with Sam. He’d suggested following him until he led Bray to Mase, but Bray didn’t have that kind of time.

“So, it looks like you were right,” Bray admitted.

There was still silence on the other end of the line.

Bray always struggled calling his friend by his pseudonym. Even though it stood for Super Intel Nerd, calling a nerdy guy like Max, Sin seemed funny to Bray.

“Next time listen to me. You’ve now ruined the advantage of surprising him.”

“Fine. Can you find out where he’s going?”

Bray could hear the light click-clack of Max tapping on the keys of his laptop. Putting the phone on Bluetooth, Bray started his rental and pulled out of the parking spot behind Sam’s apartment building.

“Where’s he going?” Bray asked as he pulled out onto the street.

“I have him traveling out of Miami to Kiev tomorrow with a stopover in Munich.”

Bray tapped his fingers on the steering wheel. This had just gotten a lot more complicated and expensive than he’d anticipated. Was Mase undercover or was he in trouble? If he was in trouble, Bray wanted to be there.

“Looks like I’ll be heading to Kiev,” he sighed.

“I’ll book you a flight that stops over in DC. I’ve got something I want to give you if you’re going to Kiev.”

“I just have to check out of the hotel. Give me a couple of hours to get to the airport.”

Max disconnected the call without saying goodbye, but it didn’t surprise Bray at all. Max was always on to the next problem. 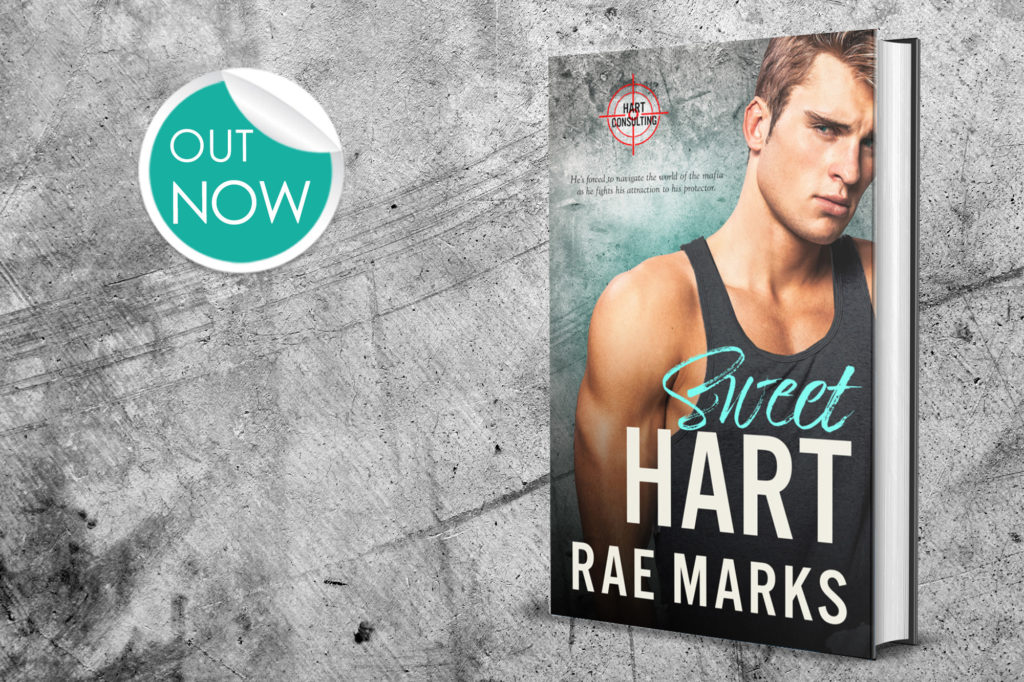 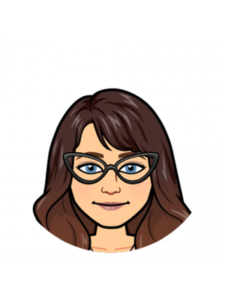 Rae has been secretly penning romances since high school. It started with short stories that grew into full-length novels. When she received her first Kindle and had thousands of books at her fingertips, she became a little distracted from writing. Then one day she read a book that she would have written a different way. She began writing again and hasn’t stopped since.

When she’s not writing, Rae can usually be found reading, walking along the beaches of Half Moon Bay, or taking her geriatric dog to the vet, yet again.

RAE MARKS IS GIVING AWAY THIS FABULOUS PRIZE TO ONE LUCKY WINNER. ENTER HERE FOR YOUR CHANCE TO WIN A LOVELY GIFT PACKAGE AND GET A FIRST FOR ROMANCE GIFT CARD! Notice: This competition ends on 25TH May 2021 at 5pm GMT. Competition hosted by Totally Entwined Group.