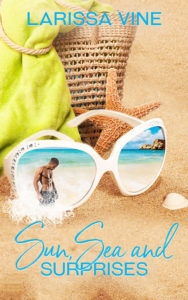 Summer of surprises…or summer of love?

Tessa feels like pinching herself. She’s going to be a bridesmaid at the wedding of the summer on an exotic island in Thailand. Finally, this is her chance at the A-lister life and the glitz and success that are sure to follow. All she has to do is shape up enough to look stunning in her bridesmaid’s dress. Easy, right? Especially with the super-hot and super-famous fitness star Josh Jordan to train her.

Josh Jordan can’t wait to coach Tessa. Not only will he get to spend time with her, but he’ll be doing what he loves, training people—the grass roots of his fitness empire. His summer’s starting out nicely, apart from one thing. He’s inherited a greedy, slobbery dog that seems hell-bent on shedding hair and chewing up every goddamn stick of furniture in his penthouse apartment.

As Josh and Tessa begin their workouts, their lust for each other blossoms. But with the wedding looming, Tessa still has a lot to achieve, and Josh continues to be at loggerheads with the dog.

Their summer turns out to be one surprise after another…but can they turn it into a summer of love?

Tessa drew a breath and flicked her dark hair back from her shoulders before running up the steps to the bar. Sounds from the party—slightly drunken voices, rising laughter—came from inside. And it wasn’t just any party. It was Bridgette’s engagement party, the social event of the year. Or so Bridgette had described it to Tessa, who still couldn’t believe that she’d been invited.

At the doors, Tessa stopped. Her stomach growled. She’d come straight from work and hadn’t had a chance to eat. But that was okay. It was a party—there was bound to be food. After hesitating for a second, she strode into the wall of sound.

The place was packed with about two hundred people, the women all Bridgette-wannabes, impossibly tall and skinny. Clearly, Bridgette found it comforting to surround herself with clones. The men resembled Bridgette’s fiancé, Brad, and were cookie-cutter handsome.

Tessa scanned the crowd for Bridgette. She needed to congratulate her. Huge displays of flowers looked down from pedestals and at the front of the room, Bridgette had created an Instagrammable photo opportunity by installing a rainbow arc of metallic balloons. Tessa half expected to see ice sculptures or for a fire breather to wander past.

She weaved through the guests on the hunt for Bridgette. In her head, she practiced what she was going to say to her. Congratulations? No, too lame. It had to be snappier to compete with the A-listers. Bridgette, wow, I’m so happy for you. But that remark could come off as insincere seeing that she hadn’t seen Bridgette since they’d left high school.

Bridgette, I— Tessa reached the food table. There was so much good stuff that she didn’t know where to look first. Tiny goat’s cheese quiches laden with caramelized onions lay next to open sandwiches with thick layers of pink salmon. A cheeseboard jostled with mini ramekins of tapenades and oh-so-plump grapes.

There was no one else at the table. Tessa reached to get a plate. It was so small that it would only fit a couple of things. Clearly, A-listers weren’t meant to eat. She loaded it up with as much as she could and was just about to walk away to find a quiet alcove to eat when her gaze fell onto the slices of cornbread. She loved cornbread. These were bursting with chives and sundried tomato. It would be suicide to drink on an empty stomach.

After glancing over her shoulders, she opened her purse. Then she picked up a couple of slices of cornbread, wrapped them in a napkin and dropped them into her bag.

“What are you doing?” a voice close by said.

Tessa nearly jumped out of her body.

She whipped her head around. To her horror, Bridgette was towering over her in skyscraper heels, scowling with all the wrath of her Viking heritage.

“I said what are you doing?” Bridgette’s voice rang out into the party. “OMG, Tessa! Were you stealing food like a poor person?”

Tessa blushed so hard that her earlobes burnt. “Don’t be silly, I…” she began. Bridgette stared at her, clearly waiting. Tessa felt the brunt of her blue-eyed gaze. The noise level in the room had dropped. People had abandoned their conversations and were openly eavesdropping.

“It’s just, the thing is…” Tessa wished there were a trapdoor beneath her feet that could open up. Then, at last, inspiration came. “I wanted to feed the seagulls,” she blurted.

“The seagulls?” Bridgette cocked an eyebrow.

Bridgette made a sound that was not unlike a seagull squawk. “Oh, Tessa. You’re so quirky. I remember now. That’s one of the things that I love about you.”

Tessa was laughing too but with relief. “That’s right,” she replied. “You always said I was weird.”

Bridgette stooped and linked her arm through Tessa’s. “Well, my little zookeeper. Let’s go outside and find you some birdies to feed. There’s something that I want to ask you.”

Tessa’s stomach dropped. Something else? A sixth sense told her that it would be worse than the stolen bread.

Arm-in-arm, they walked through the crowds and onto the patio. Tessa caught her breath. Vancouver had never looked finer. They had a panorama view of the Pacific Ocean, which was bathed in the evening light that reflected off the windows of the skyscrapers, causing them to twinkle and sparkle like jewels. The mountains across the harbor were caught up in the same glorious golden glow.

To her left, multi-million-dollar cruise ships bobbed at the dock, waiting to whisk to Alaska people who’d flown in from around the world.

Bridgette smiled. “You have to make your own luck. Like with my fiancé, I could have chosen anyone. Not wanting to boast but I had my pick. I settled on Brad because he’s kind and caring and runs his own private medical practice. And when I saw him, I thought, why wait? I mean when you know, you just know, don’t you? That’s why we’re getting married next month.”

“You make a stunning couple.”

Bridgette nodded. “You’re not the first person to say that. When we announced our engagement on Instagram, nearly all my ten thousand followers liked my post. Followers from all areas of my life. And it got me thinking, who better than my oldest, dearest high school friends to be my bridesmaids? Vix has already said yes and I hope—”

She shot Tessa an expectant look.

“I said,” she repeated, her tone slightly sharper, “who better to be my bridesmaids than my dearest high school friends?”

They were the girls who used to follow Queen Bee Bridgette around at school. Isobel was now an actress and Christine had gone on to be a model.

“No, not them,” Bridgette said. “Guess again.” She looked directly at Tessa.

Tessa shrugged. “I don’t know. I give up.” Bridgette had a whole line of A-listers to pick from.

She expected Bridgette to burst out laughing because she must have misunderstood or maybe this was a prank. But Bridgette didn’t laugh. Her expression was serious. She tucked a strand of her Norwegian blonde hair behind her ear and fixed Tessa with her china-blue eyes.

“You did understand,” she said, her voice solemn. “I promise you, Tessa—and I’m not kidding here—you are going to be my bridesmaid at the event of the summer.” 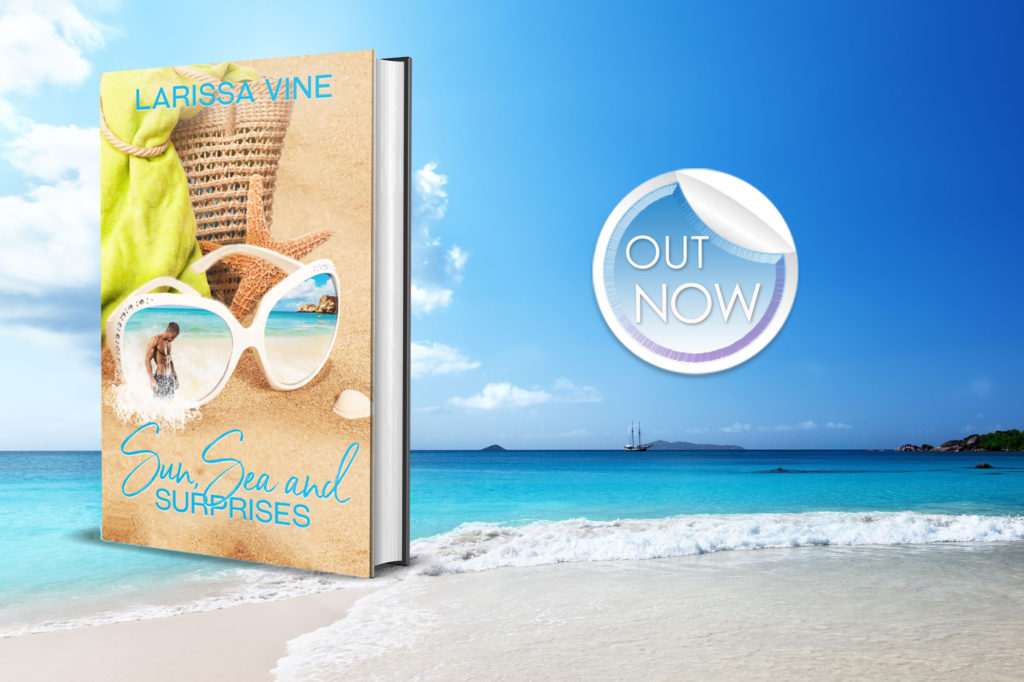 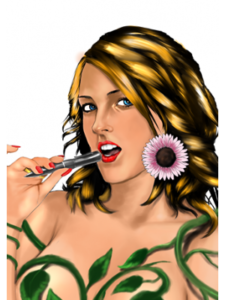 British-born Larissa Vine spent way too long traveling before settling in Vancouver, Canada. Now she lives close to the ocean and the mountains with her ever-patient family and her army of cats. Larissa tries to write what she loves to read – books which are tender, cheeky, even dirty sometimes. Books which are, above all…fun!

ENTER HERE AND GET A FREE EBOOK FROM THE AUTHOR! Notice: This competition ends on 27th July 2021 at 5pm GMT. Competition hosted by Totally Entwined Group.