Robin Perry’s life is finally on track with her dream job and a promising relationship with Ben Martin, even if his two spoiled children, Amber and Jaden, hate her. But things take a downhill turn when Gloria Reyes, an acquaintance of Ben’s, asks her to admit her young son to a cancer study meant for adults and Robin, heartbroken, must turn her down. But Gloria won’t take no for an answer and begins an insidious crusade to force the issue.

Amber Martin hates living with her crazy mother since her parents’ divorce, but she can hardly live with her dad, who’s too busy with “Miss Perfect” these days. When Amber runs into her mother’s friend Gloria, she’s glad to finally meet an adult who seems to be on her side. But as Amber becomes friends with Gloria’s sickly son, Alex, she begins to think Gloria is not as nice as she first thought, and Alex may be in trouble.

As Gloria’s threatening behavior escalates, Robin must protect the children while finding a way to save her career and her relationship with Ben. But Gloria always manages to stay one step ahead. When a secret comes to light, Robin discovers the stakes are even higher than she imagined. 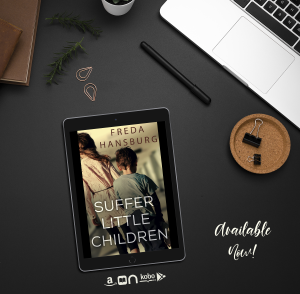 “Morning.” Robin settled into the chair opposite Gloria’s as a waitress approached. “Just coffee, please.”

Gloria set down her cup. “So?”

Getting right down to business then. Robin braced herself. So much the better.

“I’ve kept my part of our bargain,” Gloria announced.

“I spoke to Vanessa about the therapy. I managed to be quite convincing. You see, she posted a rant on Facebook yesterday after Amber defaced a library book.” Gloria shrugged. “I seized the opportunity.”

A bitter taste filled Robin’s mouth. Trashed library books, trashed kids on social media. She should be happy Gloria took advantage of the situation, but she wished Ben had persuaded Vanessa.

The woman’s dark eyes fixed on her. “Now, what about your part?”

Robin bristled. She’d made no promises. The waitress appeared with her coffee. Robin didn’t intend to stay long enough to drink it.

“I made a few inquiries yesterday,” she told Gloria. “Formally and informally. I found no new information about Pediatric MATCH. It’s still slated to launch sometime next year.” Robin took a breath. There, I said it. “I’m sorry.”

“That’s not soon enough. My son’s life is at stake.” Gloria’s eyes bored into Robin’s. “You have kids?”

“A son in college.” Robin didn’t like bringing Sean into the conversation.

“Suppose it were him?” Gloria kept her voice low, and Robin had to lean forward to hear. “What would you do to save him?”

The same question Robin had asked herself yesterday. Anything.

“Or one of Ben’s kids,” Gloria continued without waiting for Robin’s reply. “But that would be different, wouldn’t it?” Her lips twisted in a mocking smile. “Convenient, even.”

Robin sat up and pushed aside her coffee. “I have to go. I’m due at the wrap-up session.” Reminding herself that the unnerving woman had a dying child, she added, “Gloria, if I were in your shoes, I’d be as desperate as you are. Medical research doesn’t always follow the timetable we want, but MATCH will move ahead, and when it expands to include children, it will be safer, on more solid ground.” She hoped she sounded as clear as Will had last night, but either way, she would end the discussion. “I promise I’ll keep my ears open and let you know of any developments.” She pushed her chair back from the table.

“You’ll do more than that, Robin. You’re a very responsible person. I’m counting on you.”

“I’ll be eager to hear what you come up with.” Gloria’s smile widened, revealing her white teeth. “I’ll be in touch.” Freda Hansburg is a psychologist and author of Tell on You, winner of the 2020 Independent Press Award for Psychological Thriller, the 2019 New York City Big Book Award for Suspense, and Thriller Finalist in the 2019 Next Generation Indie Book Awards. Her mystery thriller, Shrink Rapt, is now available from Micro Publishing Media and her new psychological suspense novel, Suffer Little Children, will be released by Red Adept Publishing on January 26th, 2021. She is currently working on her fourth psychological thriller, Trick or Treat.

Freda is also co-author with Mel Silberman of the self-help books, PeopleSmart: Developing Your Interpersonal Intelligence – a bestseller translated into a dozen languages – and Working PeopleSmart. She has the good fortune to live on beautiful Hilton Head Island. There, she takes refuge from her fevered imagination by sitting on her dock and watching pelicans and dolphins fishing on the intracoastal. Freda is an avid Pickleball player who has spent her entire adult life being mistaken for Carol Burnett.