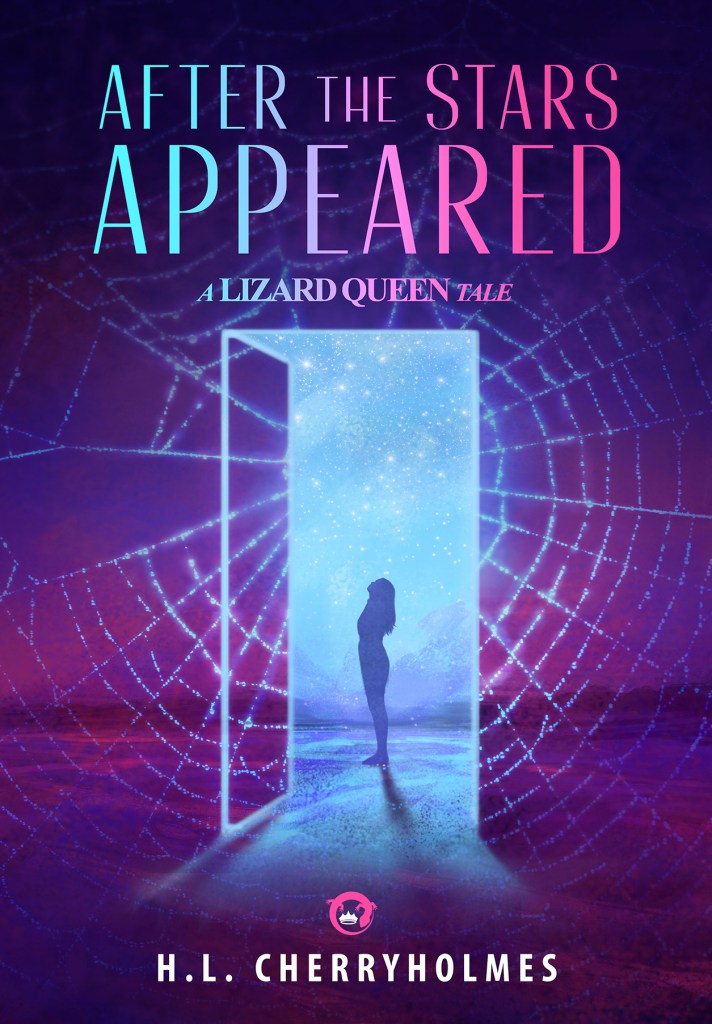 After the Stars Appeared
H.L. Cherryholmes

Add It To Your Bookshelf!
Goodreads

What if you knew the world surrounding you wasn’t the world you started out in?

Consumed by that question and feeling as though she’s lost part of herself, Uyazani despises this unfamiliar world. Glittering stars in the night sky are as abnormal to her as the pressing need to conceal her true origins. Once a low-ranking soldier and now a special deputy for the Queen, she traverses the landscape in search of others who share her memory of a world past.

When she locates one who seems to have discovered a possible way back, she grows fiercely determined to use his information to return to their world. But his mind is not what it once was, nor is Uyazani the only one who wants him to unlock the secret. She finds herself in a deadly tug of war with others who have darker intentions.

With time running out, she must either quickly unite his fractured memories to uncover the way home, or accept that the world she longs for will be forever out of reach.

She pulled down the exaggerated point of her wimple to better shadow her face. Adding a veil had been an option, but doing so would indicate she belonged to a cryptic sect, and that would only bring about questions. She’d chosen a dark-brown, long jacket and tall black boots for the same reason she’d chosen not to attach a veil. Should she be noticed, she would look like any of the hundreds of proselytizers rampant here in the Lower. She’d counted on this when she’d first learned where he was, and so far, the disguise had worked. No one had given her a second glance. Not that anyone should, really, not this far south; but on the off chance someone here was from Queensperch in the Upper and had perhaps visited High Palace in any sort of capacity, it was best to remain inconspicuous. Although she planned to continue the ruse while speaking with the asylum holder, she was nevertheless prepared to reveal herself, should it come to that. It wouldn’t, though. The heavy purse thumping against her thigh, as she followed an asylum worker down the narrow corridor, would be enough of an introduction. She doubted she’d even need to make up a name for herself.

Left alone in the asylum holder’s cramped study, she took another look at the letter—not the one that had been sent to inform her of his presence here in the asylum, but the letter that he had sent to the palace librarian. Many of the words were smudged and had been long before she’d slipped it into her trouser pocket prior to leaving the Upper. Because of the smudges in the center crease she guessed the ink hadn’t quite dried when the page was folded and handed over to whomever would help to smuggle it out of a castle and into a palace. At the top of the parchment, however, one line stood out clearly:

When a world expands history swells

The rest of the sentence, as well as the rest of the letter, was impossible to see in the dimness, but she didn’t need to; she’d read it so many times that she was certain she could recite the missive from memory. This was the letter confirming the possibility—a very strong possibility—that she could return to where she belonged. She carefully refolded it and returned it to her pocket.

Gaslights flickering against the walls cast an unsettling glow that made it seem as if objects in the room moved ever so slightly when not looked at directly. She wondered if this was purposeful. The occupants of this place surely needed no help in being unsettled, so it had to be for visitors. Probably to get them to leave quickly. The asylum would need more than an onerous ambiance to deter her. She’d come a long way and had no intention of leaving without the one whom she’d come for. Sweat gathered at the bottom of her wimple.

To celebrate the book tour for AFTER THE STARS APPEARED by H.L. Cherryholmes, we’re giving away a paperback copy of The Lizard Queen Book One: This Shrinking World! 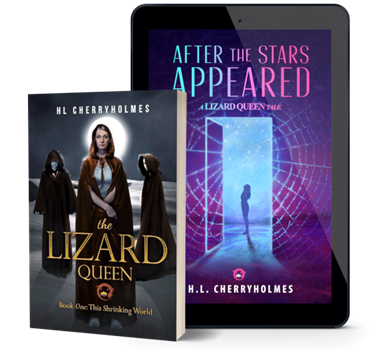 GIVEAWAY TERMS & CONDITIONS
Open to US shipping addresses only. One winner will receive a paperback copy of The Lizard Queen Book One: This Shrinking World by H.L. Cherryholmes. This giveaway is administered by BookMojo on behalf of H.L. Cherryholmes. Giveaway ends 11/30/2020 @ 11:59pm est. CLICK HERE TO ENTER 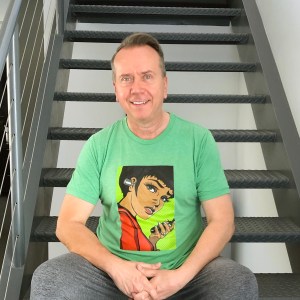 H.L. CHERRYHOLMES, author of The Lizard Queen Series, Lizard Queen Tales, The Reminisce, Come Back for Me, and A Slight Touch was born and raised in Albuquerque, New Mexico but has spent most of his adult life in California. He has a BFA from University of New Mexico and a Master’s degree in Playwriting from the University of California, Los Angeles. Currently, he lives in SoCal with his husband, Ron Cogan.