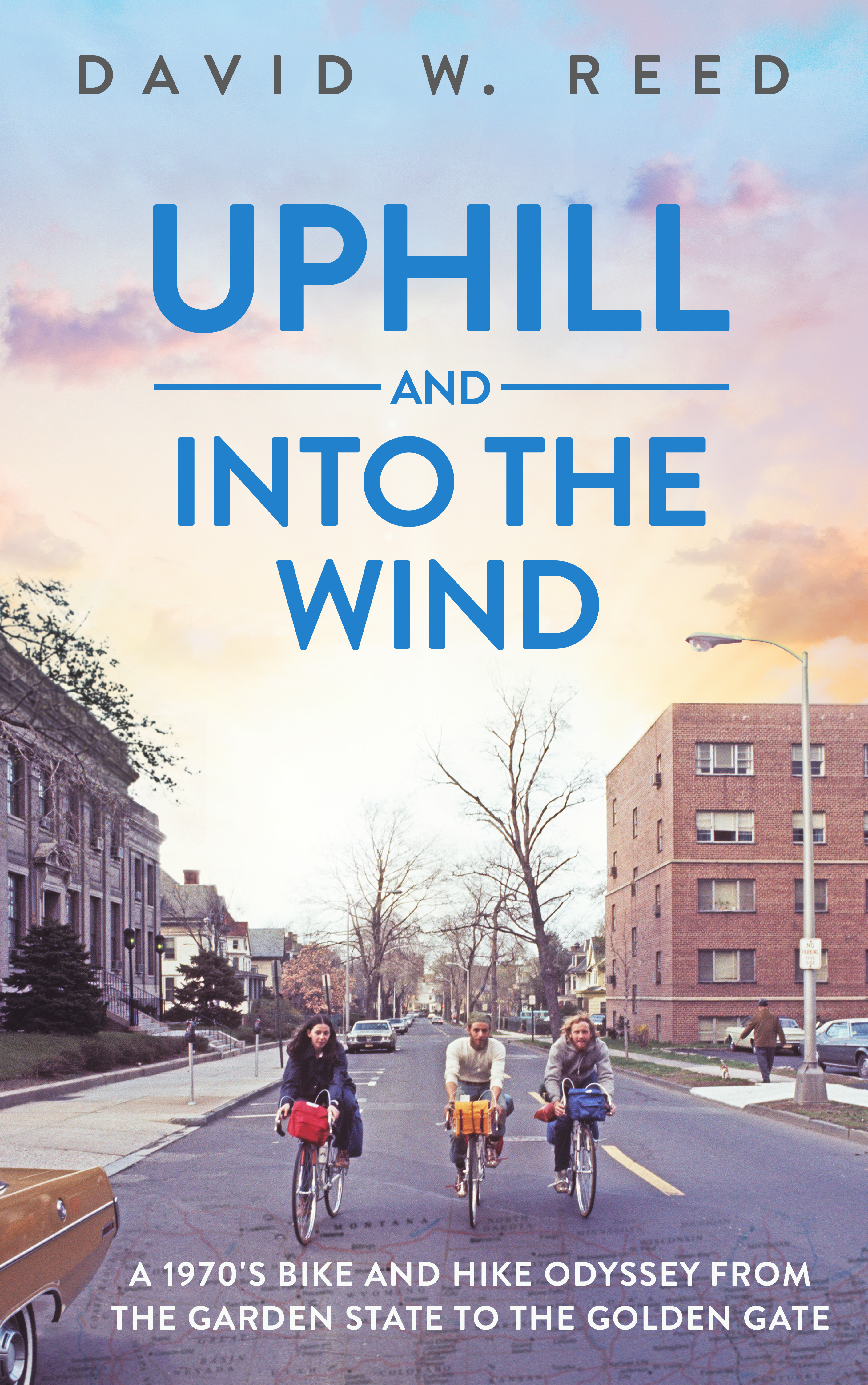 It’s 1973. Our nation is torn apart by the Vietnam War, and the massacre of unarmed students at Kent State. The Vice President has resigned for bribery and tax evasion. The President is being investigated for engaging in criminal activity.

At twenty-three, David Reed has become embittered by political strife and corruption. Disenchanted with his future, he wants out. Along with new friends, Rusty and Susie, David leaves everything he knows to cross the United States with little more than his bicycle and a camera.

The trio gets more than they bargain for, with menacing animals, extreme weather, and astonishing encounters.

Uphill and Into the Wind recounts an odyssey that spans 5420 miles on bicycles. It chronicles the sudden and surprising glories of nature, the raw beauty of the land, and the majesty of the mountains. But that is just the start. Through it all, the three are changed forever, in ways they did not expect, by their long journey into the unknown.

David Reed has spent a lifetime studying the natural world, from his youth in the woods, his University training, his apprenticeship as a stonemason, and his travels on a bicycle, to his career as an award-winning landscape architect.

A visual storyteller, David has guest lectured at the San Diego Museum of Art, Rutgers University, Kansas State University, The New School of Architecture, and other venues. His professional work has been published in Sunset Magazine, Garden Design Magazine, and Building Stone Magazine.

Uphill and Into the Wind is David’s debut memoir. But his work has been published in A Year in Ink, the San Diego Writers, Ink Anthology and awarded at the Southern California Writers Conference.

David believes that life is “out there,” in the forest, and on the land, not inside the box.

He currently resides in San Diego with his wife and family.

One Reply to “Spotlight, Uphill and Into the Wind + Giveaway”