Skip to content
Check out my stop on the blog tour for The Brutal Time (Angelbound Origins #6) by Christina Bauer!

As the Great Scala, Myla Lewis is the only being who can move Purgatory’s souls to Heaven or Hell. It’s a big job. Too bad Myla goes through assistants faster than a hot knife through brownies. Not that it bothers her much; Myla’s always been a solo fighter.

Then comes the problem of the fading angels. Millions of Heavenly residents are dying. According to a prophecy, the only way Myla can save them is by traveling back in time, meeting King Arthur, and creating her own knights of the round table. The catch? Doing so might end the after-realms in a bloody demonpocalypse.
Yipes.

Myla and her main squeeze, Lincoln, aren’t afraid of taking a few chances (in between kisses). But this time the stakes may be too high, even for them. And the biggest challenge of all? Finding those knights.

Because Myla Lewis doesn’t play well with others. At all.

“Would I recommend The Brutal Time? You bet I do! If you like angels and demons with a kick a** and take names later kind of girl whose husband is so hot he will make your tongue come out slap your brains right out of your head then this is the book for you. One click yourself a copy today!” – The Avid Reader

ANGELBOUND ORIGINS  About a quasi (part demon and part human) girl who loves kicking butt in Purgatory’s Arena. Add them all to Goodreads. 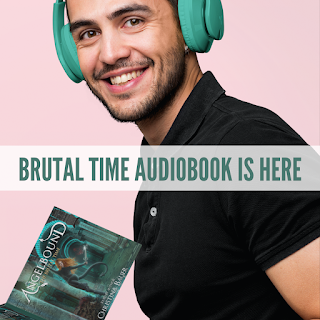 PREVIOUS BOOKS IN THE SERIES

Eighteen year old Myla Lewis is a girl who loves two things: kicking ass and kicking ass. She’s not your every day quasi-demon, half-demon and half-human, girl. For the past five years, Myla has lived for the days she gets to fight in Purgatory’s arena. When souls want a trial by combat for their right to enter heaven or hell, they go up against her, and she hasn’t lost a battle yet.

But as she starts her senior year at Purgatory High, the arena fights aren’t enough to keep her spirits up anymore. When the demons start to act weird, even for demons, and the King of the Demons, Armageddon, shows up at Myla’s school, she knows that things are changing and it’s not looking good for the quasi-demons. Myla starts to question everything, and doesn’t like the answers she finds. What happened seventeen years ago that turned the quasi-demons into slave labor? Why was her mom always so sad? And why won’t anyone tell her who her father is? Things heat up when Myla meets Lincoln, the High Prince of the Thrax, a super sexy half-human and half-angel demon hunter. But what’s a quasi-demon girl to do when she falls for a demon hunter? It’s a good thing that Myla’s not afraid of breaking a few rules. With a love worth fighting for, Myla’s going to shake up Purgatory. 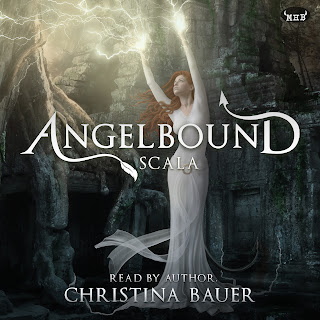 Nineteen-year-old Myla Lewis has transformed into Great Scala, the only being with the power to move souls out of Purgatory and into Heaven or Hell. Trouble is, a magical object called Lucifer’s Orb is limiting Myla’s abilities. If she tries to move a soul, the Orb’s forcing her to send that spirit straight to Hell.

So, what’s a girl to do? Send innocents to the fiery down-under?

No way. Myla’s gone on a supernatural strike. No souls go anywhere until the Orb’s history. It’s the right thing to do, but Purgatory’s Soul Storage buildings are turning into time bombs. No spirits are moving out, while millions keep coming in. Myla’s determined to find the Orb and send the innocent to Heaven, but she’s running out of time. Soon, the containment fields will burst, releasing a mob of homicidal ghosts.

With Soul Storage ready to explode, Myla’s got enough on her plate without her old enemy, Lady Adair, causing problems. Adair is launching an ingenious campaign to take away everything that Myla holds dear, including Myla’s Angelbound love, Prince Lincoln.

Between their clever ideas and toe-curling kisses, Myla and Lincoln are fighting back. But will they beat the clock or lose everything to Adair’s devious schemes? 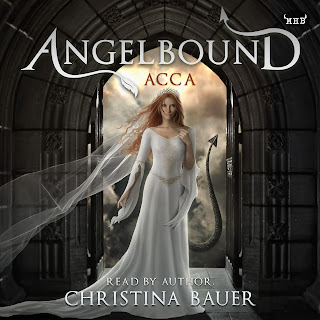 In just one week, supernatural warrior Myla Lewis must discover enough evidence to send the evil House of Acca to prison… or she’ll end up in jail herself, along with her fiancé, Prince Lincoln. No pressure.

To gather proof, Myla and Lincoln go undercover at an all-girl’s high school on Earth. Lincoln acts as the new gym teacher; Myla becomes the school’s least popular transfer student ever. To stop them from getting the goods, Acca releases Hell on Earth. Literally. Good thing Myla and Lincoln aren’t afraid of a tough fight. This one promises to be the hardest yet. After all, who ever said high school wasn’t hell? 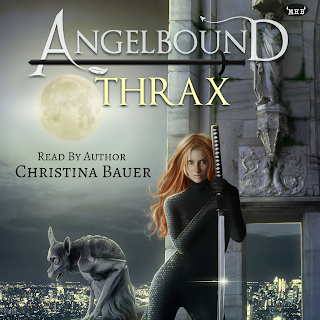 “I’m blown away by the intricate and magical world that Christina Bauer has created.” – SolaFide Publishing

Myla Lewis has married Prince Lincoln, and now they’re expecting! All the after-realms rejoice. Myla should be happy too, but she has a serious problem. The day after their honeymoon ended, Myla’s real husband disappeared.

The man who’s sharing her bed is an imposter.

Myla tries explaining about “Evil Lincoln,” but no one will listen. The reason? People think that Myla’s supernatural pregnancy is making her cray cray. Mostly because that’s what Evil Lincoln is telling everyone, and that man’s a great liar. What a creep.

There’s no way Myla will take this lying down, though. She’s going to rescue her man, and she has a pretty good idea where he’s being held. With her best friend, Cissy, along to help, Myla sneaks off to Earth. All she has to do is blend in with the humans, avoid Evil Lincoln, and find her real man before the baby arrives. How hard can it be 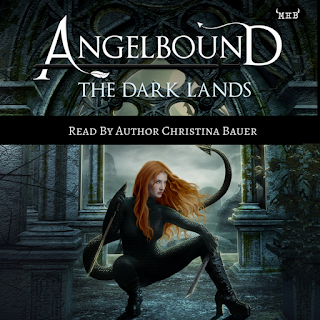 Nineteen-year-old Myla Lewis is loving life–she’s now a wife, mother, and Queen of the Thrax. Oh yeah, and being a super-powerful demigoddess who moves souls into Heaven or Hell doesn’t suck, either. In fact, everything is pretty much awesome. Until something craptastic happens.

Her honorary older brother Walker enters the Dark Lands, home to the rule-loving ghouls, and vanishes without a trace.

Now it’s up to Myla to solve the mystery of Walker’s disappearance. Of course, Myla likes interacting with ghouls about as much as elective dental surgery. To make matters harder, everyone thinks that Walker is simply taking a well-deserved vacation. But Myla and her Angelbound love, Lincoln, both suspect that a new criminal called the Viper took Walker in order to release Lucifer, the ex-King of the Angels and a bloodthirsty killer.

Long story short, Myla and Lincoln have only twenty four hours to rescue their good friend and stop Lucifer from taking over the after-realms. Even for them, this may be a too-tall order, especially when Lucifer’s mysterious past with Myla’s father threatens the very future of the after-realms.

Check out the purchase links for the entire Angelbound Origins series HERE!

Christina Bauer thinks that fantasy books are like bacon: they just make life better. All of which is why she writes romance novels that feature demons, dragons, wizards, witches, elves, elementals, and a bunch of random stuff that she brainstorms while riding the Boston T. Oh, and she includes lots of humor and kick-ass chicks, too.
Christina graduated from Syracuse University’s Newhouse School with BA’s in English along with Television, Radio, and Film Production. She lives in Newton, MA with her husband, son, and semi-insane golden retriever, Ruby.
Want the latest news about CB? Sign up for our newsletter!
Blog * Facebook * Twitter * Instagram * LinkedIn * Web site
GIVEAWAY: 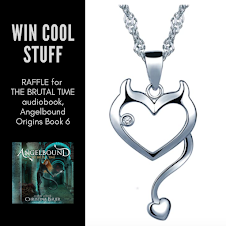